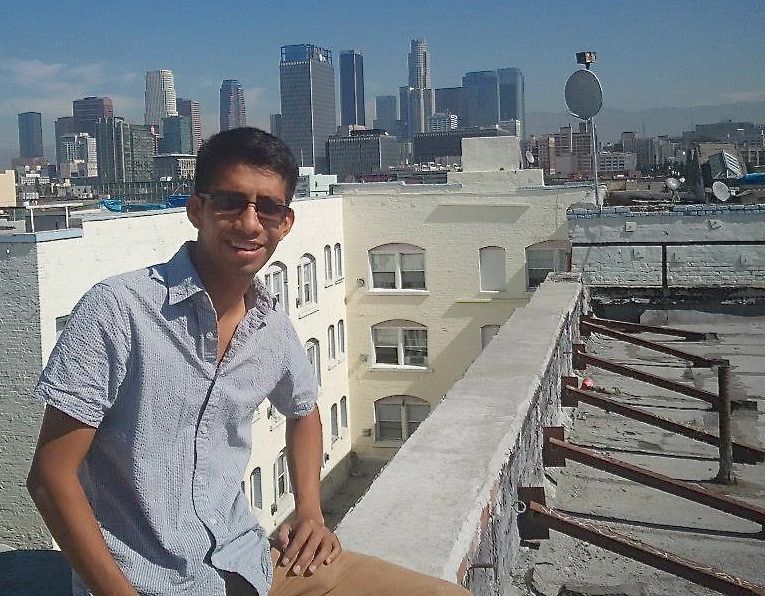 Although only 24 years old, Josué Ramírez has taken on a leading role in working with grassroots community leaders to solve one of our nation’s biggest housing and poverty challenges — the impoverished colonias of the Texas-Mexico border region.  Josué is a policy analyst for Texas Low Income Housing Information Service working out of our new office in Mercedes, TX.

Originally from Ciudad Mante Tamaulipas, Mexico, Josué grew up and lives in a colonia in the Rio Grande Valley of South Texas. “This is an issue I am vary familiar with,” Ramirez noted. “I have been a resident of a colonia in the outskirts of Bayview,Tx, between the sugar cane fields and the resacas, since I was young and I did previous policy research on the topic while in UT.”

He graduated in May 2012 from the University of Texas with a Bachelor’s degree in Spanish teaching and Mexican American Studies with a focus on public policy. After graduating he worked on a mayoral campaign in Los Angeles where he served as a field organizer and Spanish communications director.

Josué’s commitment to social change brought him back home to Texas last year hoping to become involved in the community and the local political process.

As a policy analyst Josué works with colonia residents with low-incomes to advocate policies for better housing and community improvements. His area of responsibility is the Rio Grande Valley, specifically Cameron, Willacy and Hidalgo Counties, where more than 1,500 colonias are home for more than 350,000 people with low-incomes. Josué listens to colonia resident leaders, gathers information about community needs and public resources and helps these leaders come up with solutions to improve the effectiveness of public programs. He helps bring together colonia residents, local community organizing groups, housing and anti-poverty policy advocates, government leaders, developers and contractors to make better public policies to correct the third world living conditions of many colonia residents.

“In my short time with the organization I have learned and grown a tremendous amount,” Ramirez noted. “As a long-term Valley resident, I am excited and humbled to be a part of such a great passionate organization that is working to better and improve our little, often forgotten corner of South Texas. I look forward to finding solutions to our housing needs together and to dedicate myself to help empower our community.”

The central aim of his work is to re-imagine the relationship between these groups to offer community based solutions, led by the initiative of people with low-incomes, to secure decent, affordable housing and quality neighborhoods in the Rio Grande Valley.

“My area of focus is in my home, the Rio Grande Valley,” Ramirez said.. “Our goal is to re-imagine the relationship between these groups to provide community based solutions that ultimately better and promote low-income housing in the Rio Grande Valley. One of the main focuses now is working on the reconstruction efforts from Hurricane Dolly and making sure that funds meant for these programs are used on single and multi-family projects that affirmatively further fair housing for the residents who were affected the worst and are in the most need. Another project that is in the beginning stages is a rapid re-housing pilot program that will push the limits on how the system provides affordable, efficient, long-term and rapid housing for its residents after a natural disaster strikes.”

In his spare time Josué likes to study for his GRE, paint, tweet, and play with his dog Brutus.