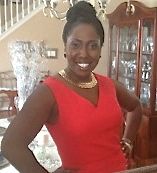 Open your mouth, judge righteously, and plead the cause of the poor and needy.

Chrishelle Palay works to help the poor plead their own cause and she lends her voice to their cause as well.

Palay is the policy analyst for Texas Low Income Housing Information Service in Houston. Her mission is to support local grassroots community leaders and organizations change and improve local and state housing and community development programs to build better homes and neighborhoods.

In her previous job in architecture Palay specialized in high-rise multifamily design and development.  Bringing this background to her new role in public policy reform, means she understands housing from the developer, homeowner and neighborhood perspectives. “Its funny how life always comes full circle,” Palay noted.  “My college internship was working in a CDC serving otherwise forgotten communities, and years later, I’m back serving that same population, but now I have more tools and knowledge to share.”

Today Palay is mainly focused on the long-delayed $3.2 billion disaster recovery program for Hurricane Ike. In 2008 Ike devastated the homes of several hundred thousand low-income Texans in the Houston and Galveston region. Hugely compounding their misery, most of the hurricane survivors with low incomes have now waited more than four years for help to rebuild their homes.  Palay works closely to encourage government officials, policy experts and grassroots community leaders to cooperate to get the resources for rebuilding to these families with low-incomes.

“This work includes far more than simply interpreting data and researching policy,” she says.  “It is building relationships – listening to those that typically are not heard, supporting them with information and resources to help them develop and advocate the policy solutions that best serve their needs.”

“My job is about building bridges between people who don’t always talk to each other but who need to do so,” Palay continued. “It is not about just advocating for people — it is helping people get the information they need to plead their own cause.”

A big part of her work is building trust and relationships between grassroots leaders of low-income communities and their government.  Think of this as making the democratic system of government really work. In Summer 2012, Palay organized and hosted TxLIHIS’ Fair Housing Summit for the Houston/Galveston area. This was a forum for dialog between government agencies, nonprofits, community leaders, residents of low income communities, civil rights leaders, housing developers and more. The resulting first ever, often contentious and difficult conversations about fair housing and racial/income equity in using government funds for housing in Southeast Texas has helped to secure community leaders with low incomes a regular seat at the table where decisions are made about hundreds of millions of public dollars for disaster rebuilding.

This has grown into a historic joint planning effort between the City of Houston, national and local planning experts, the low-income group the Texas Organizing Project and many community leaders. Together they are now working on the development of a $200 million project to rebuild several of Houston’s older low-income, minority neighborhoods into vibrant, racially and economically integrated communities while not displacing any of the traditional residents.

TxLIHIS works for social justice by supporting people with low-incomes to effectively participate in our democracy and advocate for themselves. The Bible’s admonition to “open your mouth, judge righteously, and plead the cause of the poor and needy” is meant for us all.

Chrishelle Palay is a graduate of Prairie View A&M University and holds a Bachelors of Architecture. She resides in Houston, Texas, where she serves on the board of directors for The Rhodes School, is a board advisor for Pink Defying Gravity and volunteers with Rock The Babies.