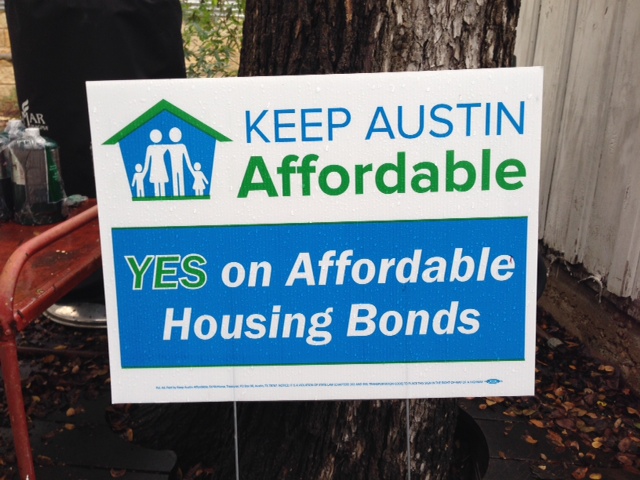 Austin’s affordable housing advocates are still celebrating the approval of a general obligation bond issue by the voters providing $65 million for affordable housing. The Austin American-Statesman today published a precinct by precinct map and analysis of the vote which shows just how profound and widespread was the support for the affordable housing bonds.

Southwest and Northwest precincts in Austin are far more conservative in every election. But support for the affordable housing bonds swung a number of these precincts around for this election. More than 60% of the voters citywide supported the housing bonds.  This was not a fluke caused by low voter turnout. 67.070 votes were cast in last Tuesday’s election compared to only 49,338 votes cast in the last election for mayor and city council on May 2012.

Here are a few things that stand out to me:

Important lessons should learned from this campaign about messaging for affordable housing and anti-poverty initiatives.