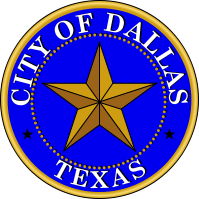 In his Dallas Observer blog Jim Schutze asks some intriguing questions about the facts that are not yet fully known about the City of Dallas incident that blew up last month resulting in a major HUD civil rights finding against the city.

The obvious question is why Dallas would first accept, then voluntarily spurn, $150 million in federal support [4% tax exempt bonds] for a need that city official had conceded was urgent: affordable workforce housing downtown. The HUD letter doesn’t spell it out, but it puts the bones on the table for a reader to assemble: First Dallas wants the money. Then Dallas finds out the money is a portal to bring Section 8 housing into downtown. Then Dallas gives the money back.

Schutze, who is always on top of housing issues in Dallas, shows he on top of and asking the right questions about this one.