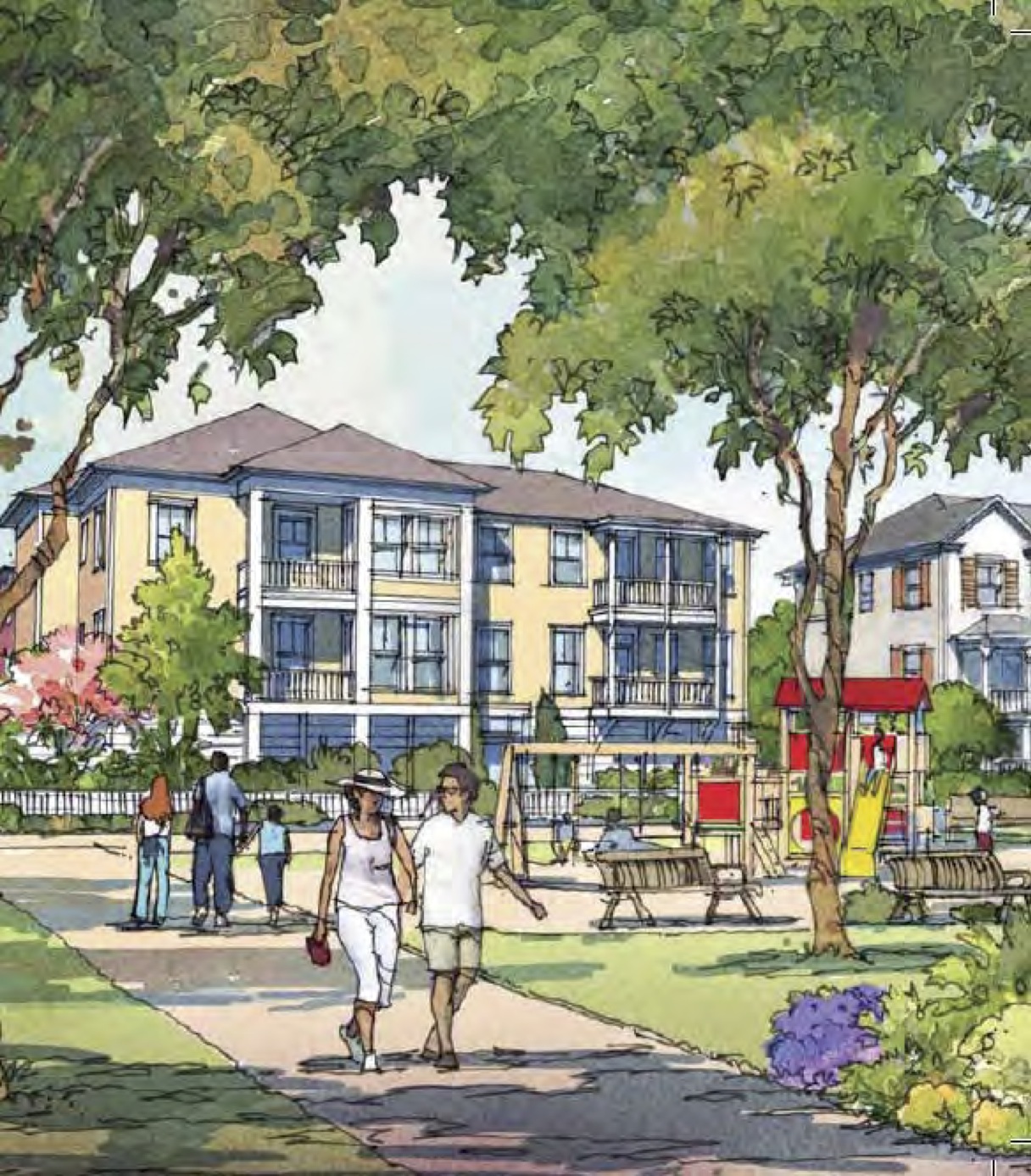 A groundbreaking ceremony last Wednesday was the occasion for the leaders of the Galveston Housing Authority (GHA) to proclaim their firm commitment to Fair Housing through the start of construction of the first of two mixed income housing developments.

Readers of TexasHousers.net are familiar with the prolonged effort to rebuild the public housing apartments that were demolished almost six years ago in the wake of Hurricane Ike. The remarks of the speakers and especially those of Buddy Herz, GHA board chairman, were a forceful commitment to Fair Housing through “true, mixed-income housing.” The new apartments will be half public housing and half unsubsidized, full rent apartments.

This housing development is important, both because it was long fought over and because it is, to my knowledge, unprecedented in Texas in its commitment to ensuring economic integration of public housing and market rate tenants. The term “mixed-income housing” is used frequently to refer to subsidized housing that has some units set aside for extremely low-income families with the remainder available to market rate tenants. Almost always, these apartments are open to Section 8 tenants to rent using housing choice vouchers. Given many landlords unwillingness to rent to Section 8 voucher holders, voucher holders are often steered into apartments intended for higher-income tenants by absence of any other choice. The result is an apartment development where the income mix if only extremely poor and very poor tenants.

True, mixed-income housing poses a policy dilemma. On the one hand, the chronic shortage of affordable housing make housing advocates want to make every possible unit available to poor families. On the other hand, developments where only the very poor live often suffer from long-term public disinvestment and indifference and the residents are isolated from the community at large. While academics still study and debate the advantages and right approaches to economic integration, there is plenty of evidence that the isolation of extremely low-income public housing has not produced many great outcomes. In the case of GHA and many other housing authorities, their public housing tenants are largely comprised of people of color. So, economic segregation also means racial and ethnic segregation as well.

Everyone with responsibility for the Galveston public housing rebuilding wanted to see true, mixed-income housing in which moderate-income and poor families lived next to each other in the same development. There are a number of compelling social and economic advantages of economic integration that we have discussed in TexasHousers.net on numerous occasions.

Galveston has been dragged through a protracted and bitter controversy over rebuilding public housing. A small group in the community out of fear and prejudice fought very hard to prevent the rebuilding of public housing. They launched a perverse attempt to misconstrue the Fair Housing Act to prevent the construction of public housing in Galveston. The Federal District Judge in Galveston soundly and decisively rejected this attempt to grossly misuse Fair Housing to undermine the civil rights of people of color.

There are those who will take issue with Mr. Herz’ historical interpretation of the protracted road to rebuilding in his remarks Wednesday. But he was recounting his experience. Emerson said, “All history becomes subjective; in other words there is properly no history, only biography.”

Herz, the GHA board, the State of Texas, HUD, local civil rights and community leaders and current Galveston Mayor Jim Yarborough are now all on the right side of history in proclaiming their commitment to Fair Housing through rebuilding this housing development in the best way we know how.

Now, at long last, the recovery is physically underway for poor families who need a place to live. Galveston is moving on to become a better place for all its citizens.

I made an audio recording of the event using my phone. While the quality is not great, it is well worth a listen.