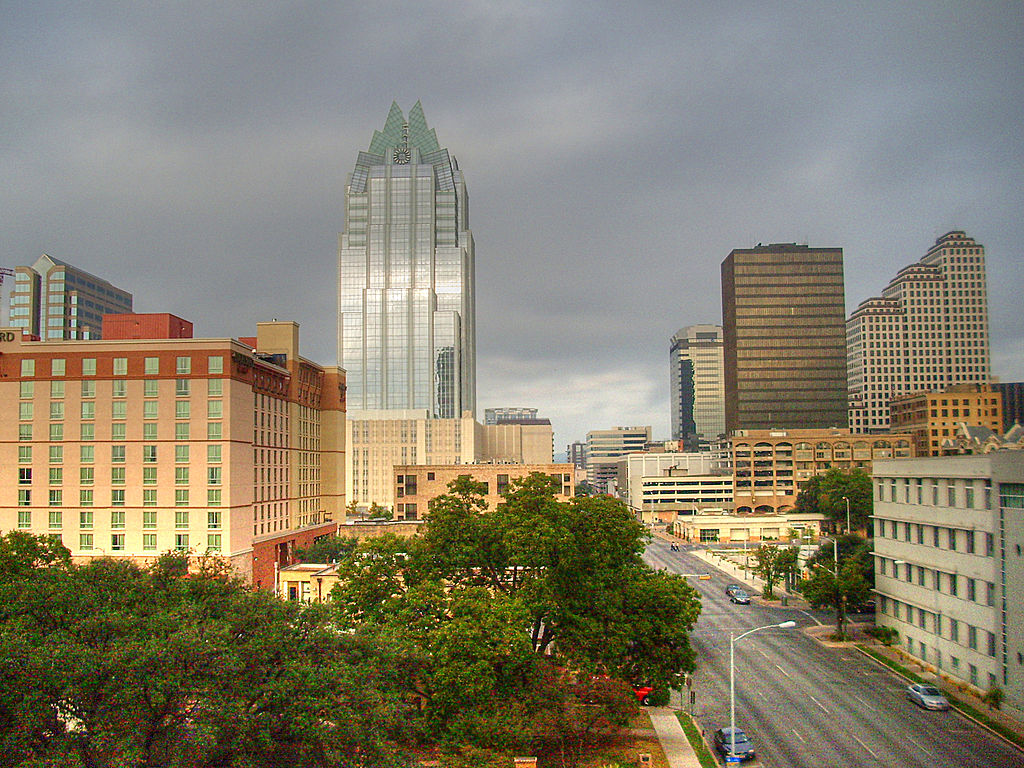 This is part of a series of stories about the experiences of housing voucher holders. For more, read our previous posts.

For more than five years JDR slept in his van, unable to fully stretch out, tucked under a comforter on winter nights, waking himself by washing in blistering cold water that he was unable to heat. JDR’s friends didn’t know that he was homeless, and they still don’t – he asked that only his initials be used in this piece to keep his identity private. He would meet friends for coffee every morning but park his van a mile away from the cafe; the walk there provided both some distance between his lives and a chance to mentally and spiritually prepare for the coming day.

Now, JDR lives in an apartment in North Austin thanks to the Veterans Affairs Supportive Housing (VASH) voucher program and the support of Caritas of Austin, a non-profit provider of housing, food, employment and education services for refugees, veterans, the homeless and others. Without a voucher, and without assistance in finding a place that would accept his voucher, JDR says he’d still be on the street, “but a lot more decrepit, maybe with a van that didn’t even run. I had no idea this program was available. I didn’t want to die prematurely and I certainly didn’t want to die with nothing in my hand.”

An electronic specialist in Vietnam, JDR returned home to the Houston area to work as an engineer for radio and television stations. As cutbacks in the broadcast industry and his advancing age took more and more jobs off the table, he was forced to travel across Texas in search of work. He spent the last of his savings on a hotel in Austin, where he accepted a job only to be told the next day that it was no longer available.

“It wasn’t for lack of initiative that I was where I was,” JDR says. With his income limited to Social Security checks and a few short-term jobs he picked up here and there, he was out of options in a city where rent has skyrocketed and where the Ending Community Homelessness Coalition estimates that some 600 veterans are homeless.

JDR visited Austin often during his youth and remembers when it was known for its cheap cost of living. “There’s not much affordable housing like there used to be,” he says. “And it’s difficult being without work because you’re almost thrown out [of consideration for housing] – you’re unacceptable. It’s all you can do to sustain yourself with food. You can’t afford the deposit and the upfront costs.”

He found ways to survive, and to keep up appearances, including the support of his Sunday school group and the Wednesday night meals at his church. Recently a church friend, the only friend JDR had told of his living situation, suggested that he reach out to Caritas of Austin. After some coaxing, JDR looked into the Supportive Services for Veteran Families (SSVF) program.

One of the services SSVF provides for veterans is locating housing that accepts VASH vouchers. That’s not an easy task in Austin, where 91 percent of landlords cannot or refuse to accept housing vouchers. A recent city ordinance banned discrimination against voucher holders based on their source of income, but that measure is now challenged by a lawsuit and bills in the the state legislature.

“Having a voucher is on par with having an eviction or having a felony. You get the same number of ‘no’s,’” says Abby Tatkow, a landlord outreach specialist with Caritas of Austin who helped JDR search for housing. Tatkow’s clients generally have a long road to finding a place to live, as VASH vouchers are only provided once housing is secured – and securing housing is something of a crapshoot.

Luckily, JDR’s path through the SSVF program and into his apartment was relatively simple. Tatkow located a cost-eligible apartment near the intersection of Metric Boulevard and Parmer Lane where the landlord is also the property manager, which eliminates one level of approval in a process that’s often tough on voucher holders. The landlord had never worked with housing vouchers but had an open mind, and was touched by JDR’s story. He moved in a few months ago.

“You wish every landlord was like her,” Tatkow says.

JDR jokes that his only housing problem now is figuring out his apartment’s programmable thermostat. Thanks to SSVF, his voucher and, most importantly, his endurance, JDR has a place to call his own.

“It’s been a blessing. There’s no way that I could have afforded anything like it otherwise,” he says. “It’s quite a change from where I’d been living, a place where it’s nice and warm and I can take a shower every day. It’s nice just to have a door to shut and a place to lie down flat.”