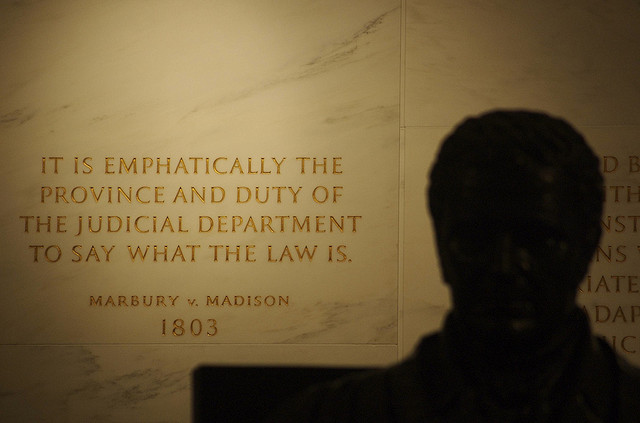 Last week, the U.S. Supreme Court released its decision on the much debated case Texas Department of Housing & Community Affairs vs. Inclusive Communities Project, Inc. The justices ruled that the disparate impact provision of the Fair Housing Act is a viable instrument to help determine the validity of housing discrimination claims for vulnerable populations.

While many fair housing advocates across the nation are celebrating this ruling, there are also many state agencies and developers who view disparate impact simply as an impediment to business. In the mix of opinions, there remains a voice that is not being consulted or, honestly, even regarded: The people for whom the law was intended.

While the fight for justice wages on, who is taking time to talk to the people who are most affected and covered by this latest ruling? Some of these people might include:

– The young African-American father who cannot find quality affordable housing near the college where he attends night classes.

–  The single mother in search of a quality school district so that her special needs child can receive a good education.

–  The immigrant family seeking quality housing in a safe neighborhood that is near the parents’ places of work.

These are just a few examples of the everyday people who are left out of the very polarizing conversation surrounding the Supreme Court. Instead, most of the ongoing debate has been centered around the power of developers and the government.

The spirit and intent of the Fair Housing Act boils down to a simple concept: Ensuring that all people have the opportunity to live in quality housing. The original focus of the Fair Housing Act was not about making sure proposed budgets pencil out, nor the competitive point-scoring systems for housing applications. People of the human race, regardless of their color, national origin, sex, familial status or disability, are in desperate need of housing that they can afford.

If you have a Housing Choice Voucher in Houston, your quality housing options are extremely limited. As of 2010, there were more than 19,000 families on Houston’s voucher waiting list. If you are one of the nearly 23,000 people with a voucher in the Houston area, your search for housing is a challenge. After gaining access to a computer and beginning your search, the shortage of quality housing choices becomes evident rather quickly. In Texas, property owners have the right to turn renters away simply based on their source of income. A property owner can disqualify an applicant if they are paying any portion of their rent with a voucher. Thus, most voucher holders begin their search at a deficit.

According to Houston Housing Authority’s recommended search engine, there are are only 174 available units within the city of Houston that accept vouchers and are not elderly properties. The number of available units in communities that are not within concentrations of poverty, minority and crime are even more miniscule. It’s difficult to dispute that this presents a serious problem for affordable housing seekers in Houston and other cities like it.

Because of the Supreme Court’s decision to uphold disparate impact, a tool does exist to promote equitable housing in all communities, and not simply concentrate more poverty in existing depressed communities. What does this mean to common folks who are not fully immersed in the world of fair housing and affordable housing? Ideally, it means that everyone will have a better shot at choosing where they want to live and not be limited to housing choices in communities that do not ultimately fit their needs.

In a society still fraught with racism and an inferred undertone that poor, disabled and minority families do not deserve equitable services, the Supreme Court’s ruling could not come at a better time. But now that the decision has been issued, what’s next? Will the provision of housing choice be enforced? How will NIMBYism and the refusal of building in high opportunity census tracts be dealt with? And in the meantime, while it’s all being figured out by the experts,  what answers can be given to those families who simply want to find homes for their families in areas that can provide a decent education for their kids and safe place to lay their heads at night?

These are the same families who have been searching for homes in a subpar selection pool, to no avail. Instead of participating in the ongoing intellectual debate, it’s time to put differences aside and seek out viable solutions for a population that has been historically disenfranchised. How will you contribute to making our society equitable and whole?