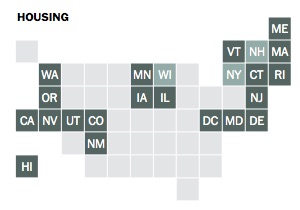 When big moments in social progress occur, I find myself remembering past struggles. I have a historical perspective on Fair Housing protection for LGBT persons in Austin.

Shortly after graduating from the University of Texas, I went to work for the Austin Human Relations Commission which had just voted to recommend passage of an amendment to the city’s fair housing ordinance to prohibit discrimination based on sexual orientation. This turned out not to be an easy thing to get done.

The fight for the amendment was led by a remarkable person, Janna Zumbrun. Janna was overseeing the project studying housing discrimination that I was working on at the commission. She was the smartest person in any room and I looked up to her as one of the most principled people I ever met. I am sad to say I did little to help with the ordinance as I was busy working on my study. I marveled at how calmly and effectively Janna managed the fight against discrimination that was ugly and hateful on the part of opponents to Fair Housing.

Shortly after the Human Relations Commission asked the Austin City Council to pass the amendment protecting people on the basis of sexual orientation, opposition emerged from the Austin Apartment Association. This is the same group that just succeeded this month in passing a bill in the Texas Legislature to strike down another Austin fair housing protection. One thing you can say about the landlord lobby is that they are consistent, going back to 1968, in taking a stand against human rights.

A 1982 article written by Ken Martin in Third Coast recounts the details.

Fortunately, Austin voters handily rejected the pro-discrimination ordnance. 63% voted “no” in an election drawing a very large 29 percent turnout.  If the proponents of discrimination had won, Austin would have been the first city in the nation to legalize housing discrimination based on sexual orientation, just as Texas today is the only state in the nation to guarantee the right of landlords to discriminate against poor families who rely on rent vouchers.

Shortly after the 1982 vote rejecting the pro-discrimination ordnance, the Austin City Council amended the city’s Fair Housing Ordinance to protect gays and lesbians from housing discrimination, making Austin the 17th city in the country to do so. And guess what? It works, and all the dire predictions of the landlord lobby and those in favor of discrimination have not come to pass.

Unfortunately, housing discrimination based on sexual orientation is still legal in most of the rest of Texas.

We need to fix that.