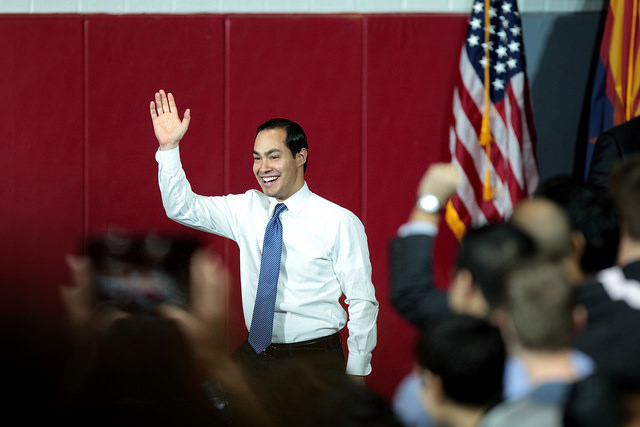 U.S. Secretary of Housing and Urban Development Julián Castro appeared on The Diane Rehm Show on National Public Radio on Monday. Castro, the former mayor of San Antonio, touched on a number of topics including his department’s new fair housing rule.

But perhaps most interesting, at least to Austinites, was Castro’s discussion of the Section 8 Housing Choice Voucher program. During the show’s call-in segment, Rehm took a call from a 27-year-old new mother in Pittsburgh who recently received a voucher. She told the secretary that she was lucky enough to have found a landlord who accepted voucher holders, but that widespread landlord discrimination meant that her living options were limited. “Before we found that landlord, we had called so many, and they were completely unwilling to accept anyone with a Section 8 voucher,” she told Castro, adding that her new apartment was in a low income neighborhood and that she worried the nearby school wasn’t great.

“What can be done about the discrimination that a lot of us face?” she asked.

Castro answered that his department was working with local communities to enhance their voucher programs and to streamline the bureaucratic process so that more landlords would be willing to participate. Then he gave a quick shout-out to his home state.

“There are some communities, for instance Austin, Texas, that have passed a prohibition of income discrimination ordinance,” Castro said. “In other words, saying you can’t discriminate based on whether somebody’s holding a voucher or not.”

One problem with this moment of Lone Star pride: As Castro may not know, the Texas Legislature voided Austin’s source of income protection ordinance in May, passing a bill to ban local voucher protections statewide. The law goes into effect in just a few weeks – on September 1, landlords in Austin and everywhere else in Texas can continue to discriminate based on whether somebody’s holding a voucher or not.

Here’s how the vouchers administered by the Housing Authority of the City of Austin (HACA) correspond with the city’s concentration of racial and ethnic minorities:

Source of income protection laws still prohibit voucher discrimination in 12 states, the District of Columbia and dozens of cities and counties around the country. And there are other ways that Austin can protect voucher holders even without source of income protection. But our state capital can no longer be cited as an example for the rest of the country on how to reduce voucher discrimination. On the contrary, Castro should recognize that his home state has enshrined that discrimination into law.

The whole interview is worth a listen, but the discussion of voucher discrimination begins at the 28:05 mark here.