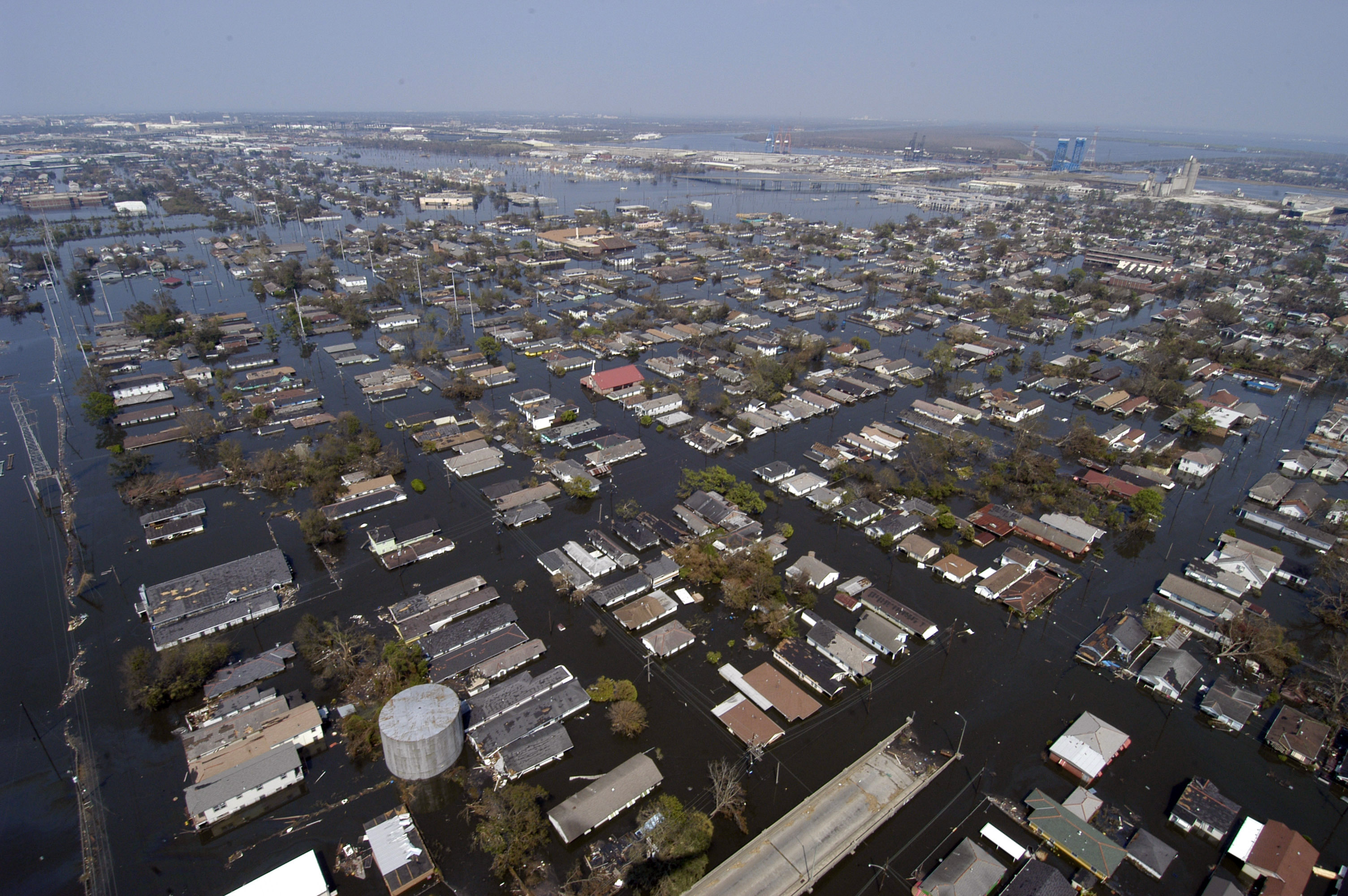 This article was originally published on The Conversation, and is republished here in accordance with their Creative Commons Attribution NoDerivatives license. Its primary author is Laura Lein, the Katherine Reebel Collegiate Professor of Social Work, Dean and Professor of Social Work and Professor of Anthropology at the University of Michigan. The research team in which Laura Lein participated included Dr. Holly Bell with the University of Texas (and formerly with Texas Housers) and received funding for this work from the City of Austin, the National Science Foundation and the University of Texas at Austin Population Research with funding from the Eunice Kennedy Shriver National Institute of Health and Child Development.

New Orleans residents who waited out Hurricane Katrina at home took stock on the morning of August 29 2005, and they appeared to be safe; they had weathered the worst of the storm. In the hours to follow, however, a breach in the levees allowed water to continue to rise until whole neighborhoods were flooded.

More than one million residents of New Orleans and other Gulf Coast communities were forced from their homes. Many left with almost nothing.

By September 4, more than 250,000 hurricane survivors had evacuated to Texas, and more followed. In subsequent months, many survivors relocated again; some returned to New Orleans, but, according to accounts in the Austin American-Statesman newspaper, many stayed in Texas.

Their experiences have much to teach us about the ways in which disaster relief programs interact with poverty and social welfare programs.

The experience of Katrina evacuees

Trained as an anthropologist, but with a social worker’s perspective, I have spent most of my career studying the lived experiences of United States families in poverty, and the ways in which poverty and other social welfare programs affect their lives.

As 10,000 Katrina evacuees came into Austin, I joined a team of researchers who worked to understand the experiences of evacuees, and how they experienced the help offered them both as evacuees and as impoverished residents of a new city in a new state. We participated in interviews with evacuees whom we met as they first sought public assistance, and we also drew information from our work with city data collected by city of Austin service providers. (Some of our research appears in the book, Community Lost: The State, Civil Society, and Displaced Survivors of Hurricane Katrina and in this article.)

The experiences of Katrina evacuees illuminate the strengths and weaknesses in our disaster and poverty policies, particularly as they affect the poorest among us.

While Gulf Coast residents from all walks of life came to Austin in the aftermath of the storm, those who occupied the poorest, and most heavily African-American, wards in New Orleans arrived with the fewest resources. Evacuees from these areas, which suffered the worst flooding and storm damage, often arrived with very little. Many lacked basic identification, a change of clothing, or necessary prescription drugs. They were often separated from family members.

One mother, brought to the New Orleans airport for evacuation along with her extended family, told us how she was separated just before boarding from her brother, her adult daughter and her aunt. It took her weeks to discover where family members had landed.

Evacuees were received with a large but hastily constructed and temporary disaster help program, and nearly 5,000 people stayed in the emergency shelters opened by the city. There they received medical care, food, shelter, clean clothing and advice about their next steps. However, this system was not designed or financed to care for people more than four or five weeks.

In most disasters requiring evacuation, evacuees can head back home in a matter of days or weeks. Katrina, however, displaced many on the Gulf Coast for months, years, and, for some, the rest of their lives.

Both our research team and the city of Austin tracked the experiences of evacuees as disaster services were reduced and finally closed. Within one month, the emergency shelters were closing, as social workers raced to find even temporary housing, sometimes in isolated neighborhoods outside the city. Within the next couple of months, emergency food services closed; within five or six months (depending on the case) FEMA (Federal Emergency Management Agency) benefits were depleted.

As disaster services declined, household members were expected to find jobs, and to receive any needed assistance from regular poverty and human welfare programs. However, those evacuees who had arrived destitute were still, on average, experiencing extreme poverty.

The poorest evacuees, who had only temporary housing support, lacked personal identification and transportation, and experienced ongoing health and mental health issues, continued to have difficulty finding and holding jobs in Austin. Generally, adult disaster victims, months after the evacuation, were in the following circumstances:

Meanwhile, in Austin, disaster services were declining just as evacuees were beginning to realize they might be permanently displaced. One individual, for instance, returned early to New Orleans but left because, while her house was still standing, nothing else in the neighborhood remained.

Furthermore, poverty programs do not provide for all basic material needs. Most families in poverty and crisis receive the benefits of these programs, but depend on extended families, churches and local communities for supplementary assistance. Katrina evacuees, often forcibly separated from family members at the time of their evacuation, displaced from their churches and home communities, had few of these social resources.

Like others who experience extreme poverty, some evacuees needed longer-term, comprehensive assistance and support. Both our disaster and our poverty programs must reorient services to recognize and respond to those experiencing longer-term illness, trauma, isolation and lack of personal resources.

More nearly universal services in health care, including mental health services; childcare; and substantive job training can address barriers faced by families in poverty. This needs to be accompanied by housing support that provides stability and proximity to employers. Currently, means-tested programs in each of these areas require considerable documentation to participate and have substantial waiting lists.

Without such measures, we will continue to leave behind both the victims of major disasters and the poorest and most isolated of those in poverty.