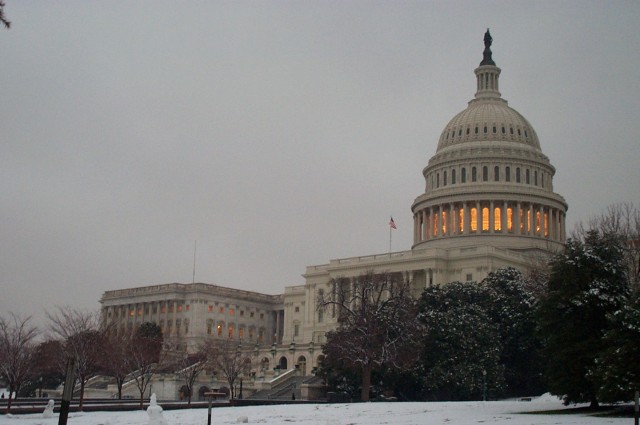 The complicated year-end Congressional budget process got messier the week before Thanksgiving, as the controversy over refugee resettlement became embroiled with appropriations for housing programs potentially worth tens of millions of dollars for Texas.

We have previously covered the threats to the National Housing Trust Fund (NHTF) and HOME programs by some members of Congress, who pitted the two distinct and important funding sources for low income housing against one another in the appropriations processes in the Senate and the House of Representatives. While the House approved a Transportation, Housing and Urban Development and Related Agencies (THUD) funding bill that redirected all NHTF funding to HOME, the Senate’s THUD subcommittee left NHTF funding in place while slashing HOME’s budget by more than 90 percent.

However, that bill was written under the severe restrictions caused by the spending caps of the budget sequester, which were temporarily lifted in early November. A substitute bill with consideration for the new caps restored HOME funding to its 2015 level, at $900 million rather than the mere $66 million originally proposed. That’s the difference between $59.37 million in affordable housing funds for Texas in 2016 or just $4.41 million.

The substitute bill also authorized the NHTF to move forward as planned, which could bring an additional $6 to $11 million to Texas next year specifically to expand rental housing for extremely low income families. It did not, however, increase funding for housing vouchers, public housing or homeless assistance. The new bill was moving toward a full vote on the Senate floor on November 20.

But in the wake of the recent terrorist attacks in Paris, some politicians (including the governor of Texas) have moved to halt the resettlement of Middle Eastern refugees in the United States – and Sen. Rand Paul of Kentucky connected the issue to housing, disrupting the progress of the THUD funding legislation.

My amendment will end housing assistance to refugees. It sends a clear message to the president. We have control of the power of the purse!

Paul’s amendment would prohibit federally appropriated housing funds from going to refugees from a list of 34 countries, almost all of which are Muslim-majority nations (along with Eritrea, Russia and North Korea). Sen. Susan Collins of Maine, the chair of the THUD subcommittee, objected to the amendment, causing Paul to block the funding bill entirely. He stated that he would continue to use procedural tactics to prevent the Senate from voting on the bill unless his amendment was considered.

With Congress not set to reconvene until November 30, and with the budget deadline of December 11 looming shortly thereafter, Paul’s action makes it unlikely that the Senate will take up the THUD bill specifically. Rather, the two houses will have to negotiate a broader, “omnibus” spending bill in order to keep the government funded beyond the deadline.

In some ways, the blockage could help protect housing programs, as other amendments added to the THUD bill could have caused damage to fair and affordable housing. One would have reduced HOME funding back down to just $66 million. Two others would have stopped the Department of Housing and Urban Development from implementing its new and critically important affirmatively furthering fair housing rule to reduce residential segregation.

However, the tight timeline and broad nature of the omnibus process also presents risks for the full funding of HOME and the NHTF. If the House’s THUD budget serves as a basis, the trust fund could be eliminated; if the Senate’s wins out, HOME could be dramatically underfunded and fair housing regulations could be threatened.