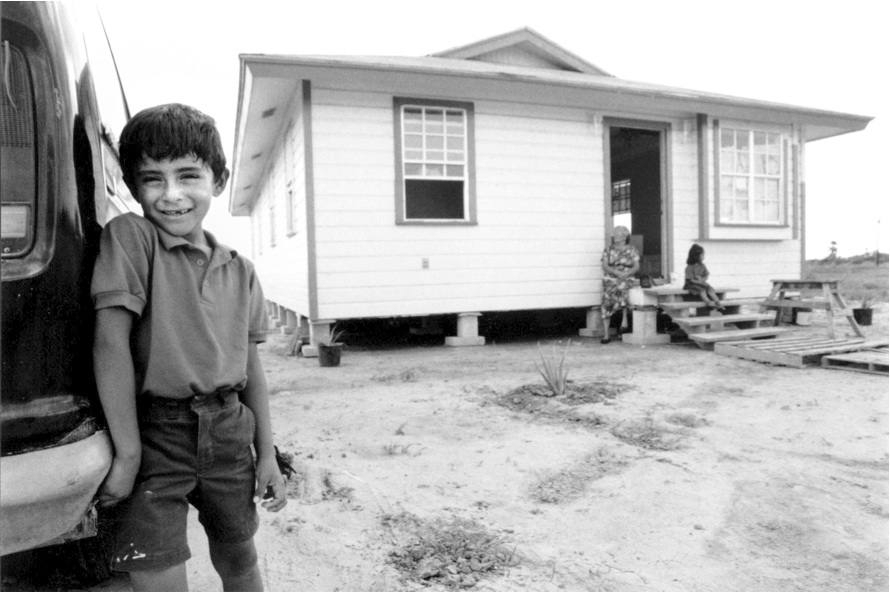 For many years Texans have consoled ourselves that while our state had a disproportionate number of families with extremely low incomes, at least the cost of living here was lower that elsewhere.

A report released this week by the National Low Income Housing Coalition says the housing cost burden for extremely low-income families in Texas, and particularly families in Texas major metro areas, is now among the worst nationwide.

This huge shortage of affordable housing places crushing financial burdens on the lowest income Texas households. In Texas as a whole, more than 7 in 10 extremely low income households pay more than half of their income for housing. Three in 10 of those earning from 30% to 50% of area median income have this staggering rent burden.  Only 6 out of every 100 Texas households earning 50% to 80% of median income and about 1 in 100 earning between 80% and the state median household income pay more that 50% of their income for housing.

ELI renter households have little, if any, money left for other necessities after paying the rent. A severely cost-burdened ELI household with monthly income of $1,690 spends a minimum of $846 per month on rent, leaving at most $844 for all other expenses. The U.S. Department of Agriculture’s (2016) thrifty food budget for a family of four (two adults and two children) is $655, leaving at most $189 for transportation, child care, and other necessities.

The report also explores the causes of the housing crisis.

“The private market rarely produces new rental housing affordable to the lowest income households without public subsidy. On average, the most an unassisted four-person ELI household can afford to pay in monthly rent without experiencing a cost burden is $507 (National Low Income Housing Coalition, 2016). New apartments typically require rents higher than this amount to cover development costs and operating expenses. The median rent for an apartment in a multifamily structure built in 2015 was $1,381 per month (Joint Center for Housing Studies, 2016).”

Some argue that any new housing development, including high-end rental homes, can help address the shortage of housing for low income renters through a process known as ltering. The ltering theory suggests that new development results in a chain of household moves: higher income households move into new, more expensive homes, leaving behind their older and presumably less expensive housing, which is then occupied by other households who leave even older housing behind, and so on. Eventually this process is assumed to increase the availability of the oldest and lowest priced housing to low income renters. Filtering, however, fails to increase the availability of housing affordable to the lowest income renters (Apgar, 1993). Housing rarely becomes cheap enough for them to afford. In strong markets, owners have an economic incentive to redevelop their properties for higher income renters. In weak markets, owners have an incentive to abandon their properties when rent revenues no longer cover basic operating costs and maintenance. From 2003 to 2013, ltering increased the supply of low-cost rental units with monthly rents of less than $800 by 4.6%, which was not enough to offset the permanent loss of of other similarly priced units (Joint Center for Housing Studies, 2016).

Meanwhile, federal subsidies on which developers most often rely to produce new affordable rental housing are not designed to serve ELI households. These programs include LIHTC, the HOME Investment Partnerships Program (HOME), and the Federal Home Loan Bank’s Affordable Housing Program (AHP). While these programs serve an important purpose, fewer than 48% of LIHTC units are occupied by ELI households (U.S. Department of Housing and Urban Development (HUD), 2016a); since 1992, less than 44% of rental homes funded by HOME have been initially occupied by ELI households (HUD, 2016b); and in 2014 and 2015, 23% and 27% of new rental units receiving AHP funding were affordable to ELI households (Federal Housing Finance Agency (FHFA), 2015; FHFA, 2016).

Maximum rents in the LIHTC and HOME programs are tied to the maximum allowable household income rather than tenants’ actual income, resulting in rents that can be higher than 30% of ELI households’ income and what ELI households can afford without additional housing assistance. The maximum LIHTC rent must be affordable to households with income at 50% or 60% of AMI, while HOME maximum rent must be affordable to households with income no higher than 50% or 65% of AMI. Two separate studies found that approximately 70% of ELI households living in LIHTC housing relied on additional rental assistance, such as vouchers, to afford their home (Furman Center, 2012; Bolton et al., 2014).

ELI households are better served by deep subsidies determined by the tenant’s income. These subsidies cover the difference between a household’s rental cost and what the tenant can afford to pay, set at 30% of adjusted income. Deep subsidy programs include Housing Choice Vouchers, Public Housing, Project-Based Rental Assistance (Section 8), Section 202 Supportive Housing for the Elderly, Section 811 Supportive Housing for People with Disabilities, and Permanent Supportive Housing. Unfortunately, these programs are not funded at the level needed to serve all of the nation’s lowest income renters.