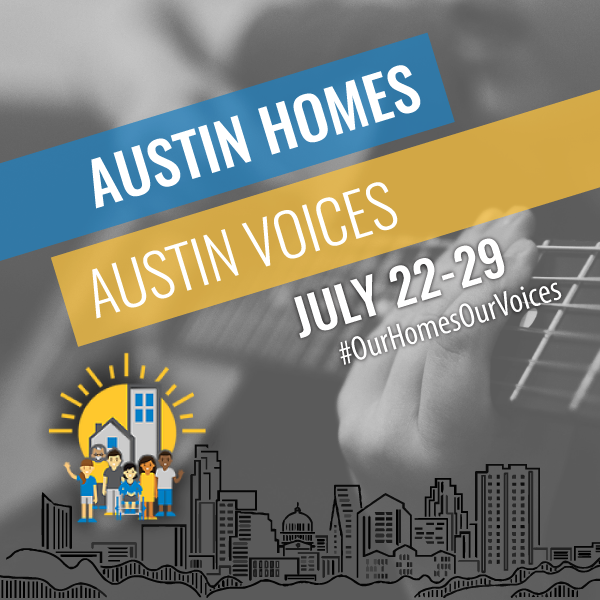 The Trump administration’s proposed 2018 budget cuts for the U.S. Department of Housing and Urban Development would hit Texas hard.

The state stands to lose an estimated $494 million in federal housing funds, impacting more than 55,000 households. Austin, the Texas city with the worst cost burdens on renters and low income residents, could lose more than $18 million in support for more than 1,900 families, including nearly 500 housing vouchers.

That’s why we’ve joined other Austin advocates and residents in support of the Our Homes, Our Voices national week of action. Spearheaded by the National Low Income Housing Coalition, in which we’re a proud state partner, the week of July 22-29 will feature rallies, teach-ins, calls to elected officials and more actions to demonstrate the critical need to protect and expand investment in affordable housing.

We’re kicking off the week here with the Austin Homes, Austin Voices Rally on Saturday, July 22 at 10 a.m. in front of Austin City Hall (301 West 2nd Street). Scheduled speakers include affordable housing residents, fair housing advocates and Austin City Council Member Jimmy Flannigan. The rally culminates in a “wall-raising” as a symbol of solidarity for housing affordability, accessibility and advocacy.

And don’t miss more opportunities for action later in the week, including:

Teach-In: How to Fight Housing Discrimination hosted by ADAPT of Texas
Wednesday, July 26, 1 p.m. at ADAPT (1640-A East 2nd Street)

To contact your representatives directly about the need for affordable housing, visit our online form with district information, sample letter templates and other advocacy tools. Learn more about the national week of action at the Our Homes, Our Voices website.