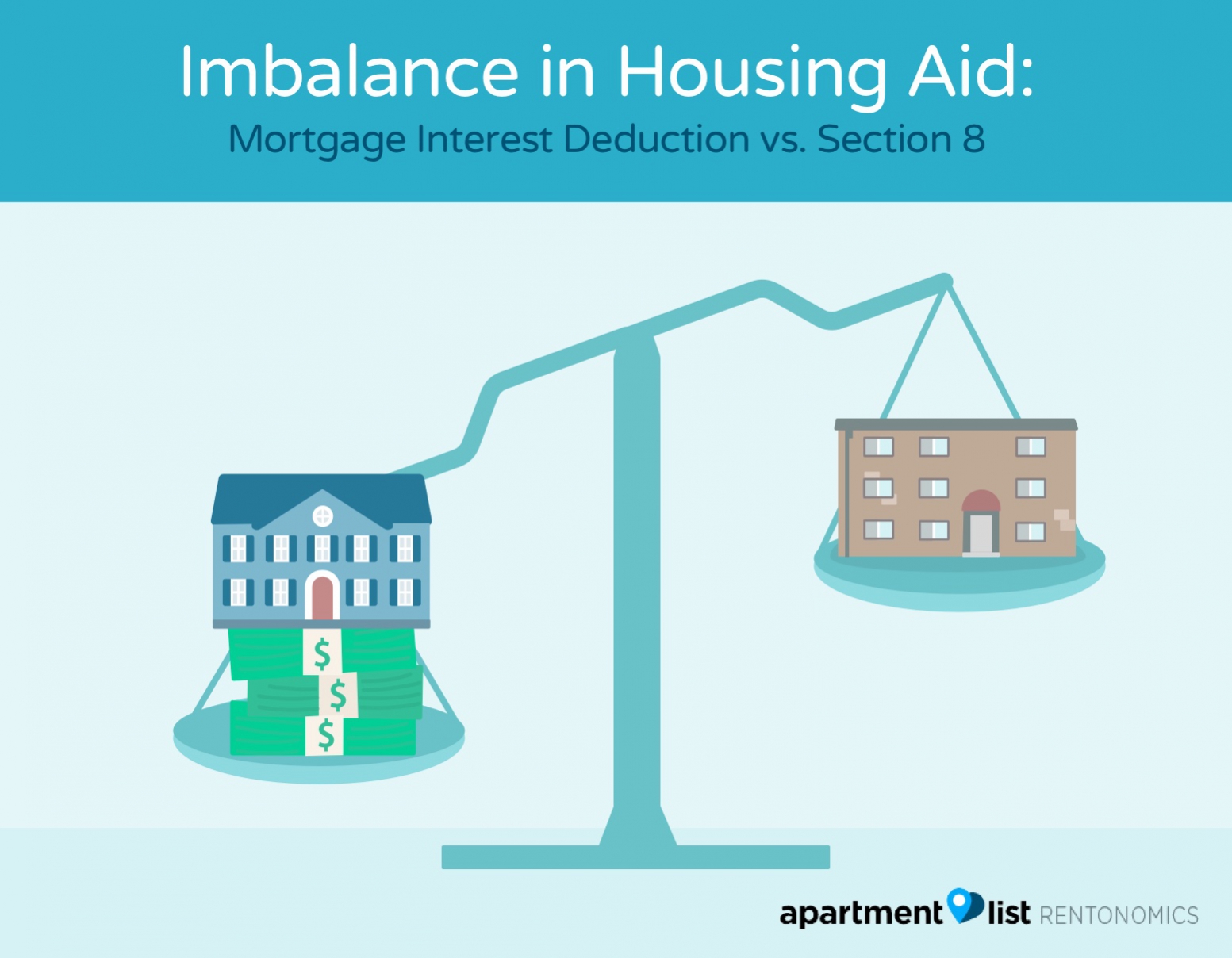 Pop quiz: What is the largest federally-subsidized housing program in the United States?

It’s the mortgage interest deduction, the tax subsidy that many homeowners who itemize their tax deductions use to reduce their taxable income by the amount of interest paid on their mortgage. This cost the federal government $71 billion in 2015, more than double the $29.9 billion spent on Section 8, according to a study released last week by Apartment List.

Many higher income households who benefit from this government subsidy would hardly say they benefit from any government assistance. But the National Low Income Housing Coalition has found that the federal government spends more to help the 7 million households with incomes above $200,000 than to help the 55 million households with incomes below $50,000. The deduction exists despite low-income renters and low-income homeowners struggling to cover the basics in increasingly pricey housing markets. About 77 percent of low-income households devote more than 30 or even 50 percent of their incomes to housing. The mortgage interest deduction creates a cumulative disadvantage for lower income households that have trouble affording a home of their own, a prerequisite for receiving this benefit. The deduction essentially helps wealthier homeowners access larger, more expensive homes with the money they save on interest which then drives up home prices.

The disparity on how much the federal government spends on housing assistance for low-income households and high-income households is pictured below in the Austin metro area. Houston, Dallas and San Antonio are not that different.

Matthew Desmond, the award-winning sociologist and author who has written extensively about housing justice puts it this way: “A 15-story public housing tower and a mortgaged suburban home are both government-subsidized, but only one looks (and feels) that way.”

The National Low Income Housing Coalition released a report this summer on the benefits of reforming the mortgage interest deduction that could address homelessness and housing poverty.  The coalition’s campaign pushes for lowering the mortgage limit against which a tax break can be claimed from $1 million to $500,000 and converting the deduction to a 15 percent non-refundable tax credit.

President Trump’s tax plan framework was released late last month. Much remains to be seen about how the popular mortgage interest deduction will be treated in the plan, but for now, the benefit has staunch supporters defending it.

The NLIHC report shows that these changes would provide a tax break to 25 million lower income homeowners. It would also generate $241 billion over 10 years that could be reinvested to support affordable housing for those with the greatest needs such as extremely low-income renters.