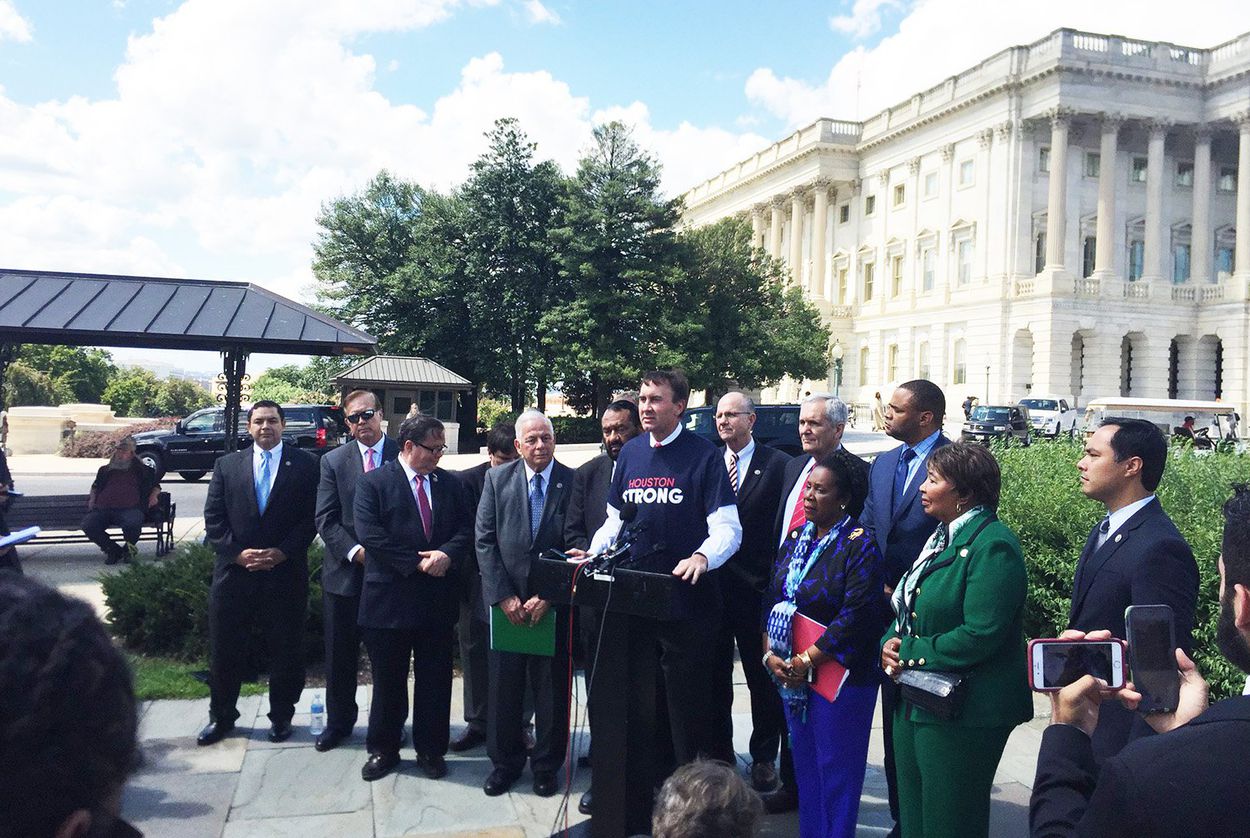 It’s been widely reported that a Texas Congressional delegation, led by Gov. Abbott, threaten to vote against disaster relief funding because funds are not earmarked for Texas.

Rep. Blake Farenthold (R-Tex.), whose district saw wind and flood damage from Harvey on the proposal by the House to authorize more than $30 billion in additional disaster relief and debt forgiveness.

You’ve got to be careful not to turn this into a Christmas tree, but I think the American people demand that Congress have a big heart and keep their promises to the people who were struck by a disaster.

Lone Star Legal Aid reports that Debris Management Site (DMS) has been operating for over a month near a low-income minority neighborhood in Port Arthur.  This revelation flies in the face of  regulations requiring sites to be operated away from away from schools, neighborhoods, and local businesses they might harm or disrupt. The regulation filed in 1994 and known as Executive Order 12898 also requires localities receiving federal funds from a source like FEMA to evaluate their actions for disproportionately high and adverse effects on minority or low-income populations and find ways to avoid or minimize adverse impacts. Attorneys at Lone Star Legal Aid have demanded the City of Port Arthur close the DMS as soon as possible.

Join the Texas Organizing Project this Saturday starting at 10 a.m. at the TOP office (2404 Caroline St, Houston, TX 77004) as they launch their largest effort yet to knock on the doors of people directly impacted by Harvey. More than 60 people have already signed up to help us assess the needs of our neighbors so that we can help meet those needs, whether through direct assistance or by publicly pressuring the agency that is best suited to help.Don’t worry if you’ve never done this before. TOP will offer training from 10 a.m. to 12 noon. Then canvassers will go into the TOP neighborhoods. Sign up here. For more information, contact Tarasha at (713) 566-0551.