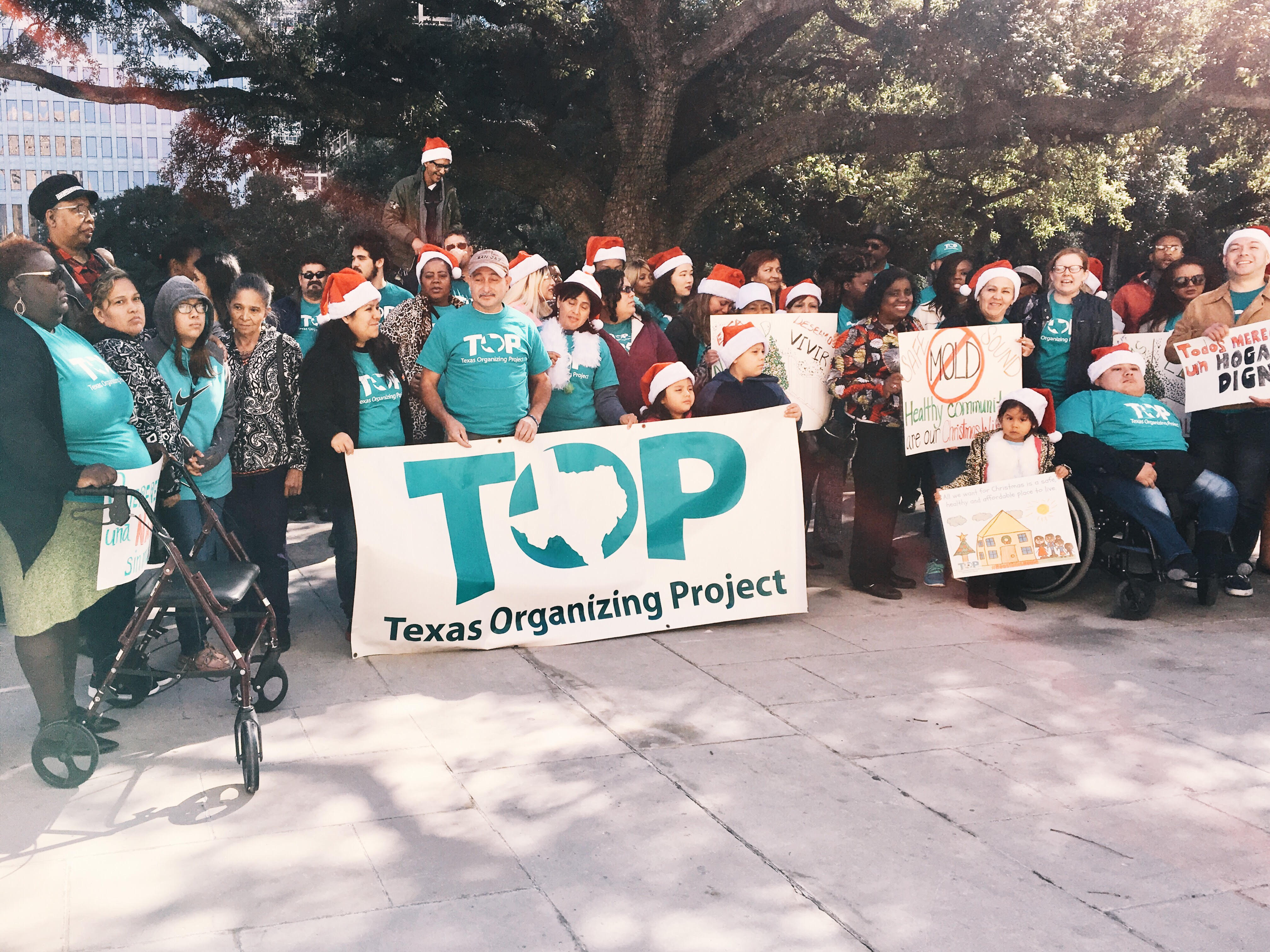 Four months after Hurricane Harvey hit Houston, residents from across the city gathered outside city hall demanding the adoption of the Disaster Housing Assistance Program (DHAP). Speaking before members of the press, one woman recounted how every member of her family, including her unborn child, had been affected by the mold her apartment manager refused to remove.  Doctors were so concerned about the harm to her unborn child that they wanted to induce labor.

Others shared their devastation of losing everything they owned to four-foot inundations and the challenges of living in a hotel with small children, and little privacy or normalcy.  Many families worried aloud about spending the upcoming Christmas holiday in unsafe conditions.

Although invited, Mayor Sylvester Turner did not attend the demonstration but Councilman Kubosh did and demanded that the city “cut a check” to residents from the millions of funds it received post-storm.  Neil Golightly, chief of staff to Houston’s recovery czar, also attended, and spoke briefly before participants they circled city hall’s plaza to the beat of  drums and protest chants.

After giving interviews to local news media, residents made their way to a city council meeting during which they shared more stories of protracted recovery and delivered Christmas cards proclaiming ,“All I want for Christmas is safe, affordable housing,” alongside a child’s illustration. On the back of the cards, were personal stories they hoped would spur their election officials to push harder for more recovery dollars and direct that money to low-income families as well as infrastructure projects.  Council members thanked those present for coming forward, offered the assistance of their own offices in triaging recovery hiccups, and emphasized the importance of individual stories in securing additional support from lawmakers in  Washington D.C.