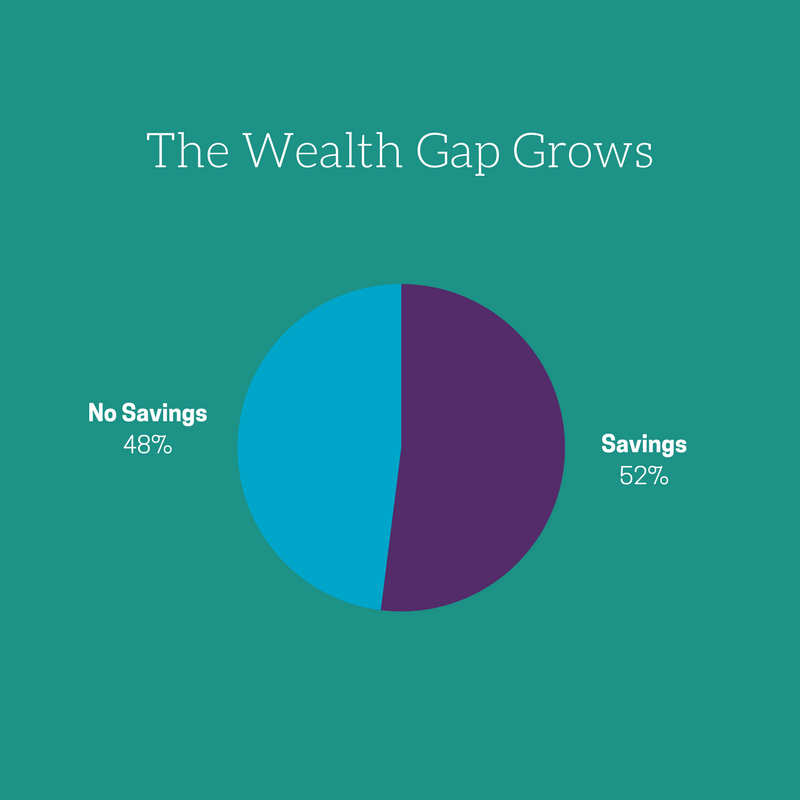 Earlier this week The Episcopal Health Foundation and Kaiser Family Foundation released a report outlining the needs of vulnerable post-Harvey Texans.  We’ve combed through the report and pulled out statistics we found especially important to keep in mind as Texas enters the next stage of rebuilding.

Nearly half of individuals surveyed said they had no savings whatsoever to tap into in the aftermath of Hurricane Harvey.

As a result, 40% of low-income respondents, and 31% of black respondents and 36% of Hispanic respondents reported falling behind on rent or mortgage payments.

Fourteen percent of black respondents, 20% of Hispanic respondents and 17% of low-income respondents borrowed from a payday lender to make ends meet.

Around a third of respondents from each of the  groups mentioned above have taken on more hours at work or an extra job to handle unexpected expenses post-Harvey.

The lack of savings among survey respondents demonstrates a wider problem among low- to middle-income Americans, many of whom live paycheck to paycheck and would struggle to find 400 dollars in an emergency.

As a result of missed payment respondents are at an increased risk for default, credit rating deductions, and eviction which would dig them into a deeper financial hole — hampering their ability to borrow money and rent or buy property in the future.  Disasters like Harvey contribute to the widening of this country’s shameful wealth and  mobility gap.

Although the report doesn’t unpack everything respondents meant when they indicated “financial issues” as the biggest hurdle to their recovery, lost wages and struggling to keep up were frequently cited financial concerns.

Hispanic, black and low-income residents of Harvey-affected areas were more likely to report negative employment effects as a result of the storm.  Fifty-nine percent of low-income respondents, 65% of Hispanic respondents and 46% of black respondents said they or someone they live with had lost a job, had hours cut or suffered another loss of income due to Hurricane Harvey.

The labor market is responding to Harvey in mixed ways.  While some respondents lost jobs, others have had to take on work to handle Harvey-related costs, and others still (especially those in the constructions industry) have seen an uptick in available jobs.  Advocacy groups should be paying special attention to the impact of the storm on low-wage and day laborers. Reports have already emerged of wage theft post-Harvey and labor protections can be hard to enforce for temporary employees.

Out of a list of ten rebuilding and recovery activities, housing (including rebuilding damaged homes, making permanent affordable housing available, and providing temporary housing) efforts were indicated as second, third, and fourth highest priority. Providing financial help to those in need topped the list.

As of this summer, 44,000 families were on a waitlist of affordable housing through the Houston Housing Authority alone.  Storm-related displacement and financial stress have made safe, affordable housing an even more urgent need for low-income families than before. Because the building of quality affordable housing in high opportunity areas takes time, community advocates should work to ensure that tenants know their rights post-disaster and that those in need of rebuilding assistance continue to apply for FEMA and other assistance programs despite denials.

This report reveals how interwoven recovery efforts are.  We believe that addressing the urgent housing needs of vulnerable communities can stem the financial havoc wrought by the storm and help  manage Harvey’s impact on the physical and mental health of survivors.