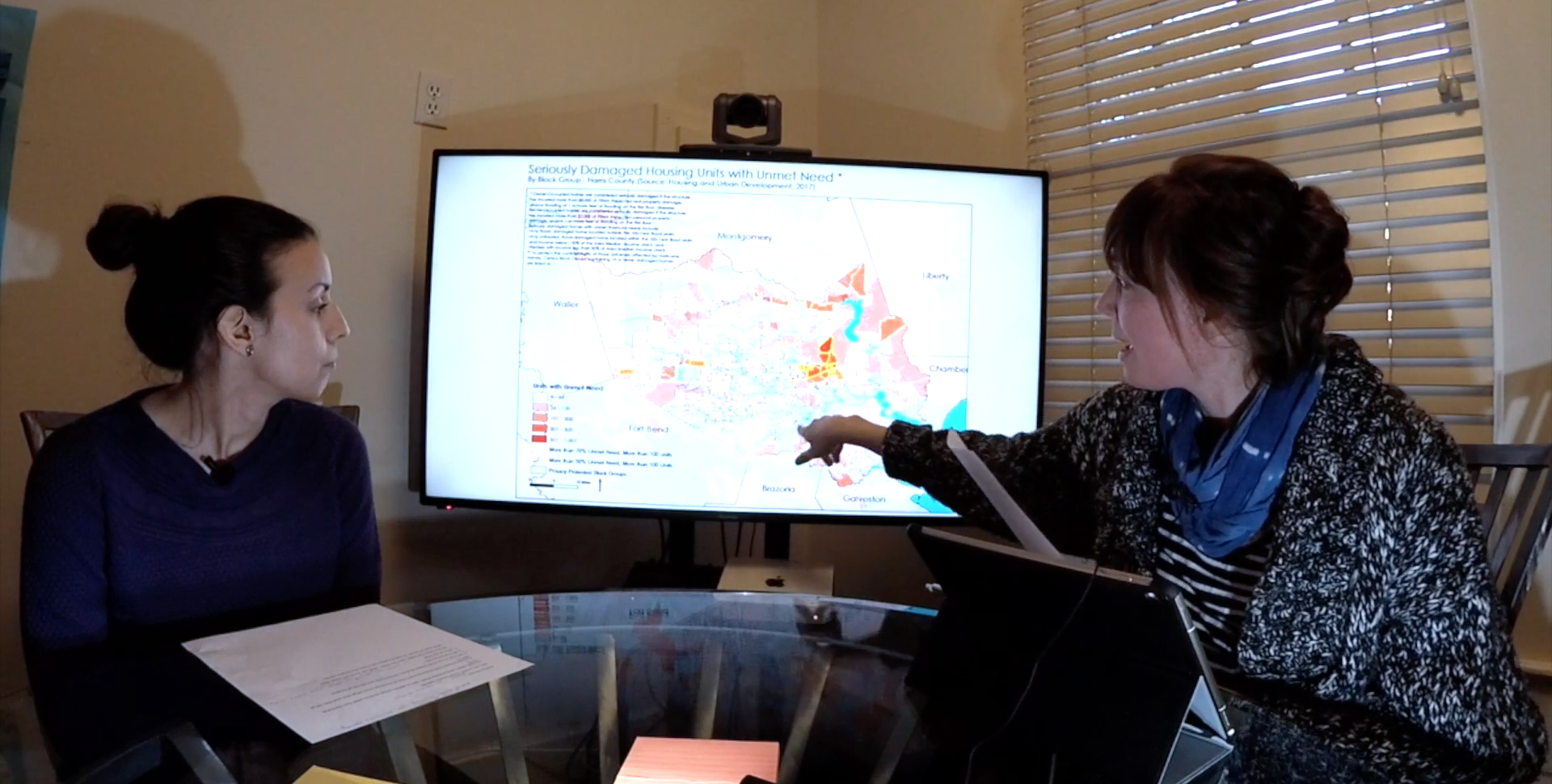 In Houston and Harris County the areas with the highest concentration of people with unmet housing needs after Hurricane Harvey are predominately African-American and Hispanic neighborhoods with low incomes, according to an analysis FEMA data by Texas Housers equity analyst, Amelia Adams.

Adams’ analysis is based on Federal Emergency Management Agency (FEMA) inspection data, published recently by the U.S. Department of Housing and Urban Development (HUD). The data reports the number of housing units at the Census Block Group level that have been seriously damaged by Hurricane Harvey that are occupied by survivors with what the federal agency classifies as “unmet needs.”

Here are some definitions to further clarify some of the discussion in the video above.

Adams’ analysis found there are pockets of high need across Harris County. Striking however are the high concentrations of disaster survivors with unmet needs in areas of Northeast Houston — areas with high concentrations of low income people of color that include the Fifth Ward, Kashmere Gardens and several unincorporated areas.

The chart shows characteristics of the Harris County areas with the highest concentration of people with unmet housing needs.

The impact of the flooding of low-income neighborhoods of color also affects the larger population of the area. With Houston’s extreme levels of economic residential segregation, much of the area’s low cost housing stock is concentrated in these flood ravaged neighborhoods. Since so much of the region’s low-cost housing stock has been damaged, people across the region now are experiencing extreme difficulty finding affordable housing.

As the State of Texas, Harris County and the City of Houston now prepare the action plan for spending $5 billion of HUD CDBG disaster recovery funds, it is vital that government officials prioritize funds to disaster survivors with unmet housing needs and fund the long denied, missing infrastructure that will protect these neighborhoods from future flooding.