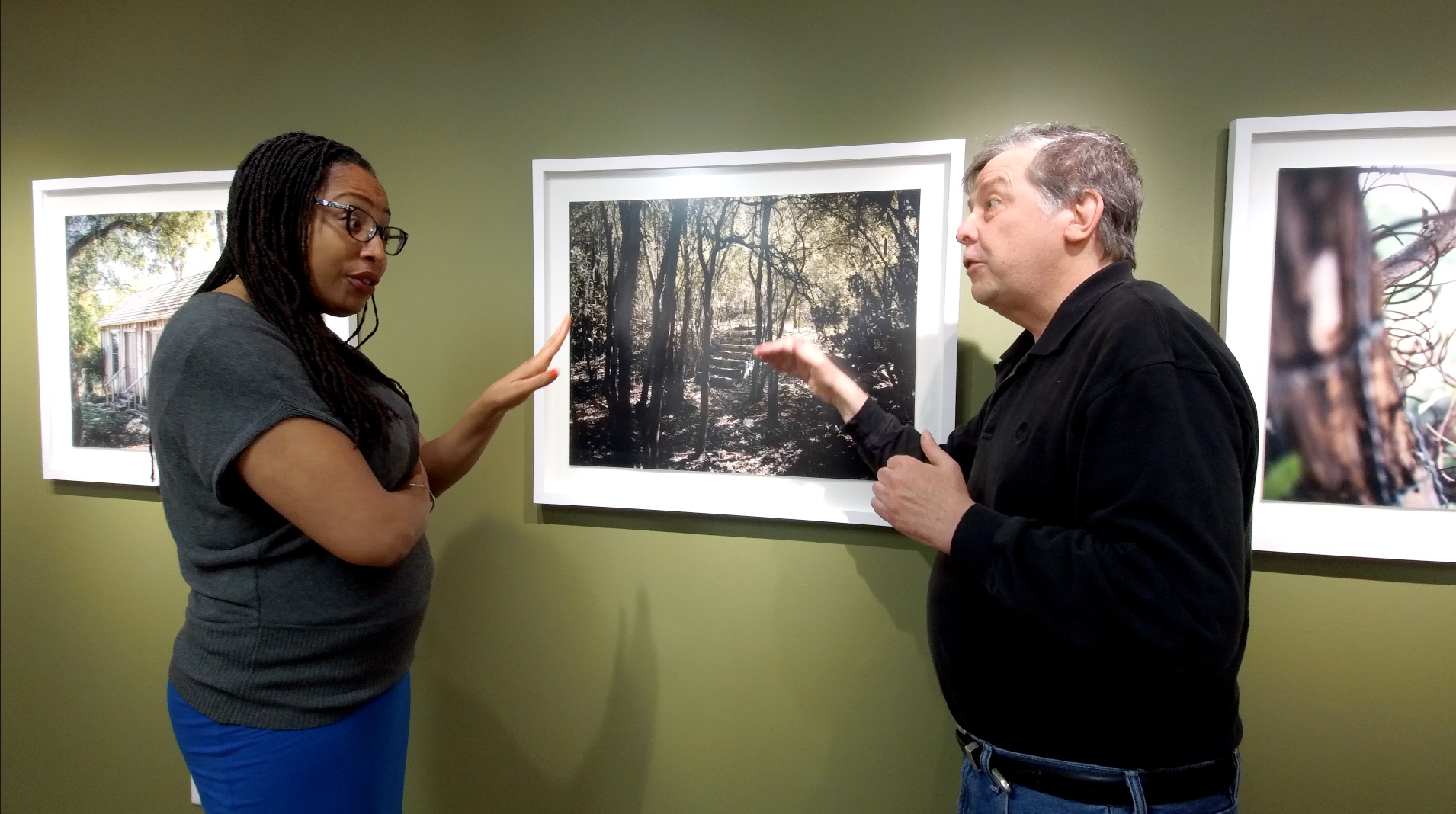 The John L. Warfield Center at the University of Texas at Austin is presenting an exhibition on Clarksville through June. The exhibit presents the experience of Clarksville as a teaching tool on these important contemporary problems. Christina Rosales and I toured the exhibition with Warfield Center staffer and exhibit curator Stephanie Lang to rediscover from the Clarksville story what is relevant for today.

I first came to Clarksville in the mid-1970’s as the community was under attacks by proposed freeway expansions. Shortly before I arrived, a film was produced by a University of Texas professor of architecture exploring the early history of the Clarksville and the existential threat then hanging over the community in the form of freeway expansion. The film has recently been made available to the public for the first time in many decades by the Austin History Center. It tells a powerful story of the origins of the community in Jim Crow and the impact of government racism that was threatening to wipe out the community.

Clarkville (mostly) survived the freeway expansion. But the community was devastated by the displacement of all but a handful of its African-American residents by gentrification and displacement that began in the 1980’s and continues to this day.

The forces that Clarksville residents confronted over the community’s long history are still with us today.  In Austin desperate search for answers to the citywide displacement of low-income people and people of color today, we can learn from the history of Clarksville. We must attach value to not just to real estate but also to community. We must resolve to take individual and public action to protect people and communities from the ongoing wrongs of segregation, government racism and gentrification that displaces people against their will from their beloved communities.