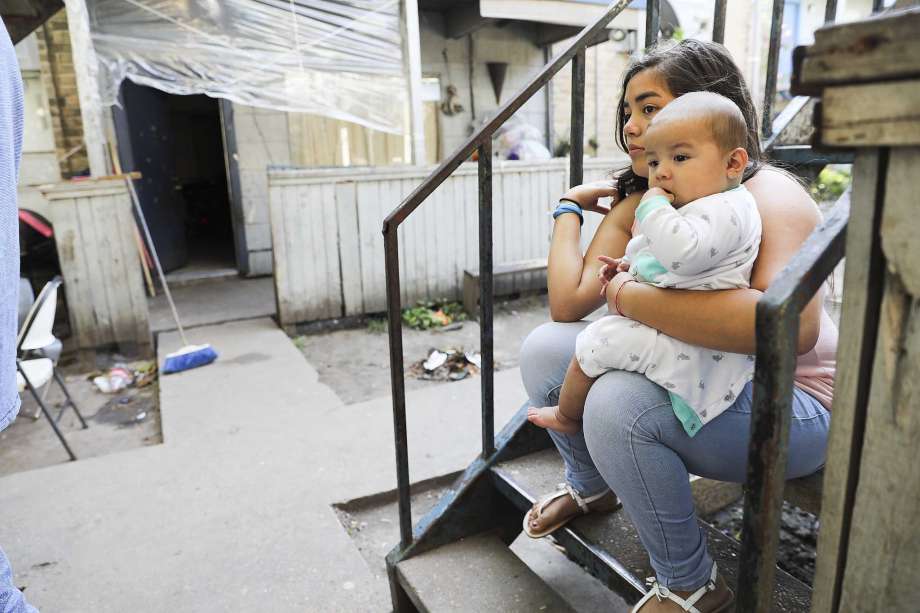 Decades of research demonstrate that where we live, work, worship, and play affects our health. In fact, these environmental factors, called social determinants of health, influence our well being more than access to health insurance. Unsafe housing conditions contribute to poor health—and poor health impacts Houston’s workforce, health care expenditures, and the ability of children to perform well in school. That’s why the living conditions of thousands of Houston tenants, many of them low-income people of color, should be alarming to not only those interested in housing, but to every Houstonian.

Houston has the third-highest number of occupied apartments in the United States. Known as “a city of renters,” Houston is rife with substandard apartments, and conditions are growing worse. A recent study by the University of Texas School of Law found inspections for code violations, such as pest infestation, mold, and sewage leaks, are few and far between. Moreover, the study notes, even when inspections are conducted, city officials rarely follow up to ensure the landlord corrects the violation, leaving tenants trapped in dangerous living conditions that can persist for years. In addition to the respiratory problems caused by mold and infections related to sewer leaks, the glut of dangerous apartments in Houston is a source of chronic stress for thousands of tenants. Cumulative, unrelenting stress related to adverse experiences such as those caused by poverty, poor housing, and neighborhood violence can be harmful to physical and mental health, particularly for children.

Impact on Parents and Child Development

Normally, the body responds to stress through a series of hormonal interactions, and when the stressor is gone or buffered, the hormones are no longer released. However, when the stressors, such as living in unsafe housing, persist for extended periods of time, the prolonged, elevated physiologic stress response—often called “toxic stress”—has a negative impact on mental and physical health. Toxic stress is particularly harmful to young children because it negatively impacts child development, causing lasting effects into adulthood. Additionally, toxic stress impairs adult health and makes it more difficult for parents to provide their children with the stimulating, nurturing environment children need to thrive. The lack of a nurturing environment also negatively impacts child development, leading to poor academic performance and an increase in mental and behavioral health problems.

Poverty and hazardous housing also impact health care costs and workforce productivity. Research shows that smoke, allergens, mold, and pest infestation increase the risk of asthma, respiratory illnesses, nosebleeds, and severe headaches. Further, unsafe living conditions exacerbate existing medical problems, leading to increases in emergency room utilization and school absenteeism. Asthma alone causes U.S. schoolchildren to miss a combined 14 million days of school each year. These missed school days and the general ill health associated with poverty also correlate with low educational attainment. Duncan et al. reported that adults who were raised in low-income homes as children completed less school, earned a fraction of the salaries of those raised in higher income homes and were much more likely to report poor overall health.  In other words, poverty, which is associated with poor living conditions, can exacerbate chronic health conditions in children and affect school attendance and performance. These factors can impede children’s development and success later in life, perpetuating a cycle of poverty and poor health.

Substandard housing is an economic, health, and educational issue. Most people living in unsafe housing do so because of the lack of affordable options elsewhere. Their socioeconomic position suggests they are more likely to be coping with other factors that affect their well-being and perpetuate high levels of stress—which in turn impacts the health and well-being of their children. Duncan et al. report that, in comparison to people whose incomes were twice the poverty level or more, those who experienced childhood poverty were significantly more likely to have asthma, high blood pressure, diabetes, a stroke or heart attack, or heart disease. That is to say, economic disadvantage in childhood correlates with poor health and premature death rates in adulthood and part of this association may originate from a stressor that could be avoided: subpar housing.

Where you live matters. Research shows that a zip code can often determine educational achievement and earning potential. But even more fundamental is the impact of a family’s physical home on a child’s health—on a child’s ability to breathe normally, develop fully, and thrive. People’s homes should not make them sick. Homes should provide an environment that allows children and families to grow, flourish and enjoy a full and healthy life. This is an issue we can all stand behind.

The Robert Wood Johnson Foundation, The Relationship Between School Attendance and Health (2016)