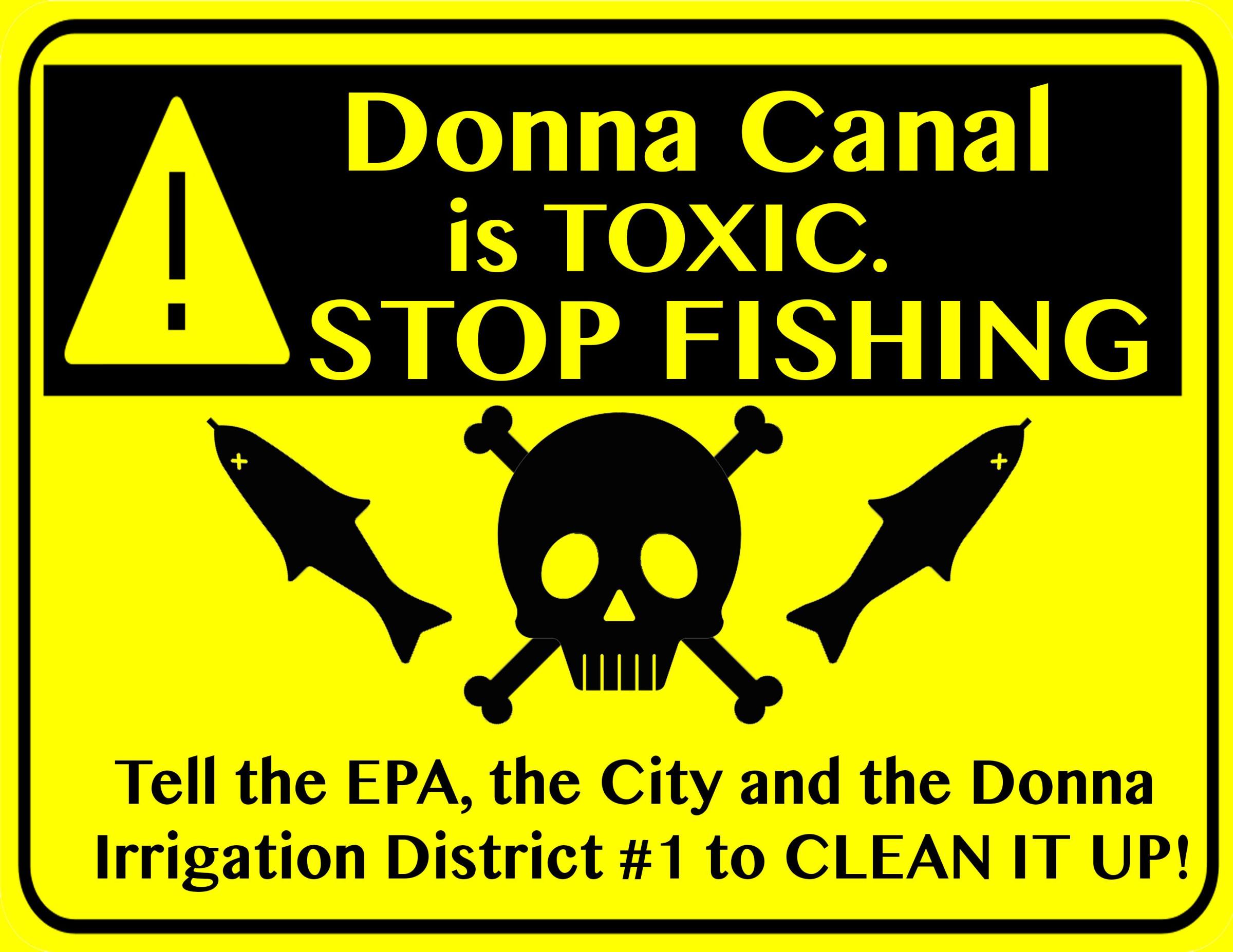 This article originally ran on Neta, a bilingual multimedia platform based in the Rio Grande Valley where I am a staff content creator, and is reprinted here with permission and some changes.

The Donna Lake and Reservoir south of Donna, Texas is one of the most contaminated and toxic sites in the Rio Grande Valley. In May 2017, Neta reported about the history of the site, the environmental and health concerns of the residents, and the community-led actions taken to hold the Environmental Protection Agency (EPA), the Texas Commission on Environmental Quality (TCEQ), and local officials accountable.

Since then, new information has been revealed and developments in the Superfund remediation process have occurred. Although advocates are now one step closer to ensuring officials clean up the toxic site, public input on the final remediation is still needed.

According the details of the proposed plan, the EPA is now prioritizing the removal of the source of contamination, construction of a new siphon, excavation and dredging of the canal, and fish removals. The EPA call this Alternative 6.

With Alternative 6, the long-term remediation goal will be to reduce the amount of PCB’s (the cancer-causing toxins) in the sediment downstream of the contamination source. Specific locations where sediment contains PCB concentrations corresponding with higher cancer risks will be extracted. The EPA expects that reducing contaminated silt and eliminating the source of the PCBs will reduce the concentration of the chemicals in the fish tissue and the site in general. This is important because the fish in the lake are considered the “key exposure pathways” and are hazardous to human health. Reducing the concentration of PCB’s in the sediment will also reduce the risks to the ecological receptors or small fish-eating birds and mammals. According to the proposed plan, the sediment will be sampled three times within the next five years to assure proper levels.

The EPA will also conduct fish removals from the site. Techniques like gill nets and fish removal barriers will supplement an electroshock method that will be used to capture fish. The fish will then be sorted by species and size and will be monitored for PCB levels before being discarded as toxic waste. According to the proposed plan, the fish kills will enhance the remedial alternatives by eliminating contaminated fish, particularly the larger fish that bio-accumulate toxins. The EPA plans on conducting one fish removal session per year for five years. The removals would begin after the completion of the construction phase of the remediation or as otherwise determined during the design of the remedy.

Additionally, the proposed plan includes Institutional Controls like administrative and legal tools to limit land and resource use. Examples of these controls are signs and fences to limit or discourage access to the contaminated area. In the case of the Donna Superfund Site, the EPA is currently recommending these kinds of tools include a notice of the environmental conditions of the property to owners as well as a deed notice for future buyers. New signs that warn people fishing of the risk associated with eating fish from the site are also recommended. Lastly the EPA suggests that the current “Aquatic Life Order Number 9” prohibiting fish from being taken from the site remain in place until the fish is deemed safe for consumption. “Additional community outreach to encourage greater awareness of the prohibition” was also mentioned.

The EPA is currently accepting public comments on the proposed plan and will be hosting two community meetings on May 22nd. The first meeting took place in the Alamo Community Center this morning. The last public meeting is this evening from 6-8 p.m. at Donna City Hall.

A Resource in Serving Equality (ARISE), Texas Housers and neighborhood leaders are preparing and educating the public on their concerns over the proposed solution. While they agree that Alternative 6 is the most comprehensive solution, they believe more can be done to assure a community-oriented remediation. They have outlined three major suggestions based on community input.

The first is to make PCB testing for residents concerned with contamination available during remediation. While the EPA acknowledges the health hazards associated with PCBs, it does not provide residents with the resources to identify if the contamination has affected them already. Residents believe PCB testing should be made available as part of the solution. The second suggestion is the creation of a work group to advise on community outreach and education efforts. Residents need continuous and culturally appropriate outreach and education to reduce use of the site. Groups and residents working on the ground have key knowledge on how to address and communicate with their community, and can be extremely helpful in this aspect. This is why advocates are pushing for the creation and maintenance of an official working group inclusive of local stakeholders. Lastly, advocates believe that in order to reduce the consumption of the fish, removals should be conducted twice a year for five years. The logic is that the fewer fish that are available, the less fishing there will be.Advocates urge residents to make their voices heard and to demand the EPA conduct a proper and comprehensive remediation.

Residents are encouraged to submit public comment in person at the last public meetings which will be held on May 22. They can also access the comment process online until June 5.

Those interested in supporting the organization’s recommendations, can copy and paste the following in an email addressed to casanova.rafael@epa.gov:

I am a resident of _________. I am concerned about the PCB contamination of the Donna Lake Superfund Site. I support the suggested solution (Alternative 6) but believe it can be improved. I stand along community members advocating for the following to be included in the Record of Decision:

PCB testing for residents concerned about potential contamination
The creation of a community work group to advise with outreach and education
Conduct fish removals twice a year until the 5-year review.

Thank you for your consideration. Let’s work together to clean up the Donna Lake.