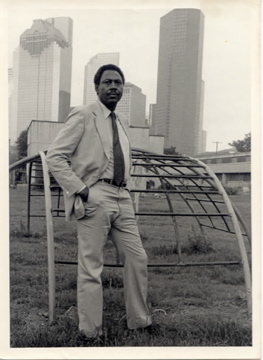 More than anyone I have known, Lenwood refused to go along, indulge, accommodate or abide powerful people who wanted to look the other way while others stole poor folks’ homes and communities.

He paid the price. It got him criticized, ostracized and from time-to-time thrown out of his own home.

Lenwood taught us what unrestrained, unaccountable and arrogant governmental power looks like from the receiving end in a poor community. He taught us that people who could see the wrong he pointed out but who were hesitant or halting in jumping into the fight were complicit.

He pissed off and made uncomfortable many people who needed pissing off. That took courage and Lenwood paid the price.

Lenwood followed the high calling of afflicting the comfortable and arrogant and comforting the afflicted.

Behind his back, many, including myself at times, criticized Lenwood for not compromising and not doing a deal in the interest of just getting something.

We were wrong. Change needs both fierce advocates and pragmatic deal-makers.

Those of us who lack the guts, the fortitude and are not willing to make the sacrifices  Lenwood made should have thanked God for his impact and been more aggressive in the interest of justice in putting a solution together. We should have done a better job of using the precious and essential ferment that Lenwood created.

It’s relatively easy and comfortable to be a deal-maker.

RIP my friend. We will try our best to keep your passion and outrage alive and use their outcomes for justice.

Here is Mike Synder’s story from the Houston Chronicle:

[I borrowed the photo from Shelterforce, I hope you guys don’t mind].