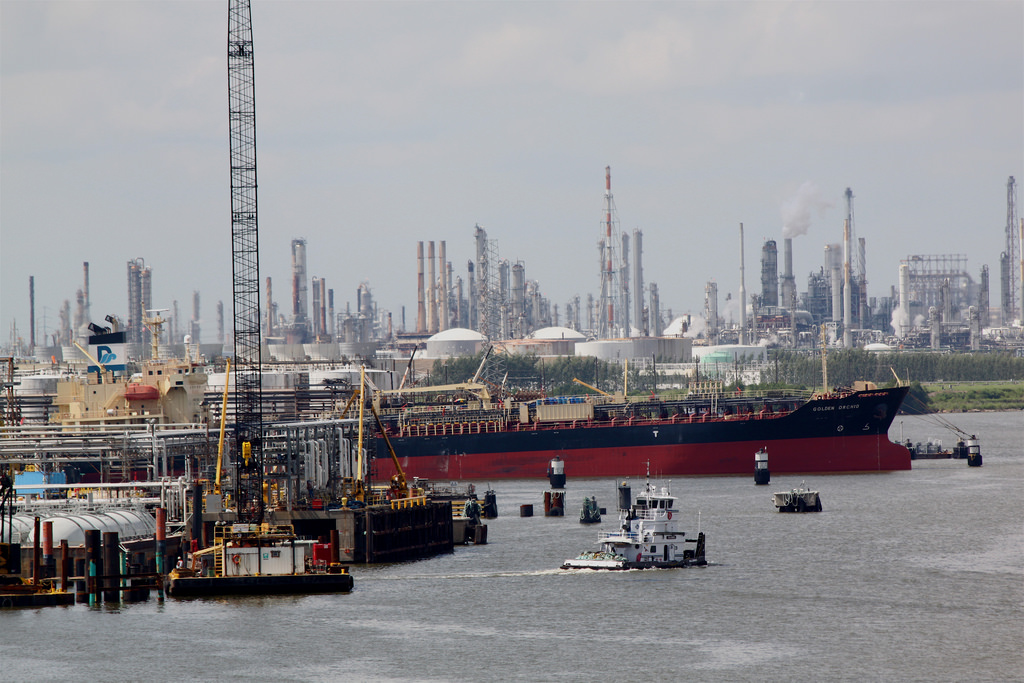 Early in March, a team of professors and researchers from universities nationwide published a study in Proceedings of the National Academy of Sciences (PNAS) on racial-ethnic disparities in both production of and exposure to air pollution. It was the first study to link consumption and exposure, finding evidence that Black and Latino communities suffer from a disproportionate burden of air pollution relative to the amount that they generate through consumption. As Dr. Robert Bullard, a distinguished professor at Texas Southern University referred to as the “father of environmental justice,” reported to Associated Press: “These findings confirm what most grassroots environmental justice leaders have known for decades, ‘Whites are dumping their pollution on poor people and people of color’.”

The PNAS study looked at fine particulate matter (PM2.5), particles that are about 30 times smaller than the diameter of average human hair. PM2.5 commonly comes from power plants, industries, and automobiles, and was the cause of 3% (or 131,000) premature deaths in the US in 2015. Some immediate effects of PM2.5 exposure include challenges to lung and heart function.

Though this study evaluated PM2.5 exposure across the United States, the disparities it found reflect a stark trend in Houston’s Black and Brown neighborhoods. Industry and pollution in and around the city have been largely relegated to Black and Brown neighborhoods for generations. Some examples of this include the city’s placement of its only dump in Sunnyside, a historic Black neighborhood, and toxic creosote contamination that has given a generation of Fifth Ward residents health problems including cancer. Creosote is a chemical that was used to preserve railroad ties throughout the 1900s. It now sits beneath the ground in and around Englewood Railyard (see below). Exposure to creosote is associated with various severe illnesses, including lung and throat irritation, stomach pain, skin irritation and cancer. In 1984, the EPA proposed to ban creosote because of the health risks associated with it. Although it is not commonly used on railroad ties today, commercial use is still permitted. Walking around the neighborhood, Fifth Ward residents can point to their former neighbors’ houses and identify the many people who have died from cancer. The burden of toxic contamination for the distribution of widely used resources falls heavily on the Black and Latino community living near Englewood Railyard.

Houston’s Climate Action Plan process has further illuminated the disparity that was quantified by the PNAS study. In 2019, Houston joined many cities and counties in developing a plan that strives for carbon neutrality by 2050. At the first meeting, Houston’s Green Office presented a chart on Houston’s sources of greenhouse gas emissions.

While corporate offices for companies like LyondellBasell and Chevron loom over downtown in shiny, pristine buildings, many of their refineries plague predominantly Latino communities along the ship channel just east of Houston’s city limits. Energy companies have broken the law with relative impunity, emitting millions of pounds of unpermitted pollution and often remaining unregulated. Each day, residents of cities like Pasadena, Galena Park, Baytown, and Channelview, are at risk for high rates of cancer, brain damage, birth defects, respiratory problems, nausea, headaches, eye irritation, and other illnesses, while people worldwide utilize the products from these distant oil refineries and chemical factories. Furthermore, executives that profit substantially from these businesses often live in neighborhoods like River Oaks or the Woodlands, where such industry is restricted from siting.

In a recent instance that drew worldwide attention, eight tanks at Intercontinental Terminals Company (ITC) in Deer Park caught fire for over three days. The black and smoky cloud that emanated from the tanks settled over the ship channel and Houston’s East End, endangering the communities of color that live there with side effects, including headaches, dizziness, confusion, vomiting, cancer, nervous system problems, memory loss, and brain damage, among others.

When companies emit fine particulate matter into the air in a constant stream and tanks full of materials for gasoline and nail polish remover malfunction and remain on fire for days, the frontline communities are the ones that suffer the most. ITC can add this atrocity to its history of environmental violations and the consumers across the world will continue to utilize its products, mostly oblivious to their actions.

Though Houston’s Climate Action Plan is limited to the shape of the city, it has the potential to influence local transportation projects like the $7 billion I-45 expansion, expected to begin in 2020. Texas Department of Transportation’s I-45 expansion project, also known as North Houston Highway Improvement Project (NHHIP), will add several lanes to I-45 north of downtown Houston and move the segment running through the west side of downtown to the east side of downtown. As it is designed, it will likely exacerbate flooding in a historic Black neighborhood, Independence Heights, and expose neighborhoods of color to the east, north, and south of downtown to further pollution and displacement. Meanwhile, the project is designed to ease traffic for commuters between downtown Houston and suburbs north of Houston, including one of the nation’s wealthiest suburbs, the Woodlands.

Residents living in predominantly white suburbs north of Houston, who commute along I-45, do not experience a proportionate share of pollution. The additional traffic along I-45, as a result of this 10-year project, will disproportionately threaten the health of Black and Latino residents living close to the highway and attending schools near the highway. Air Alliance Houston (AAH) is conducting a Health Impact Assessment to examine the potential health impacts on students, families, and residents living near nine schools in traffic-related air pollution (TRAP) zones, which are within 500 feet of I-45 N. Students at these schools are exposed to elevated levels of PM2.5 and other pollutants, which put them at risk of cardiac and pulmonary morbidities.

The growing list of environmental hazards in and around Houston repeatedly demonstrates that Black and Brown and low-income communities are disproportionately and unjustly exposed to deadly pollution that they are not responsible for creating. Some ways to address this disparity could include:

Houston’s Climate Action Plan is an opportunity for the city to address impending climate catastrophe and work toward equity. Will it seek to ameliorate the reality that Black and Brown communities are already bearing a disproportionate amount of pollution? Will it consider the refineries operating outside the city’s limits that bring wealth into the city? How will it address the conflict that arises when there is already a $7 billion investment in the expansion of carbon-emitting vehicle use that is expected to break ground in the next year? These are just a few of the answers that Texas Housers will continue to demand.

Community members have been encouraged to participate in both the Climate Action Plan and the Health Impact Assessment. Houston residents interested in participating in the Climate Action Plan can visit this webpage to subscribe to email updates. Residents interested in participating in Air Alliance Houston’s Health Impact Assessment are encouraged to attend the upcoming community meetings.