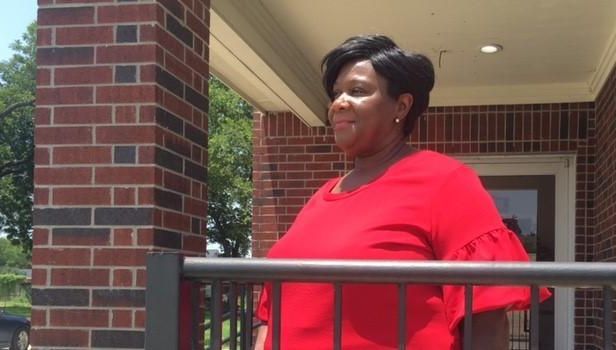 For more than 14 years, Texas Department of Transportation (TxDOT) has been planning the North Houston Highway Improvement Project (NHHIP), a massive expansion of Interstate 45 that will completely reshape freeway transit around downtown Houston, with major changes to I-45, I-69, I-10 and Hwy 288 over the next decade.

The proposed expansion of I-45 from north of downtown to Beltway 8 will result in impacts to multiple neighborhoods along either side of I-45 North, with hundreds of residents facing displacement. Located just northwest of the intersection of I-610 and I-45N, the historic neighborhood of Independence Heights is one of those neighborhoods facing impacts. Specifically, the NHHIP will result in the taking of 44 properties in Independence Heights, including 31 residential homes and a historic African American church that has been a religious and cultural foundation of the community for more than 100 years.

Unfortunately, when TxDOT prepared its most recent report on the Project’s expected impacts to historical resources required under NEPA, the agency completely left Independence Heights out of its survey. Listed in the National Register of Historic Places, Independence Heights is a destination site on state historic heritage trails such as the Texas Independence Trail and holds the distinction as the first town incorporated by African Americans in the state of Texas.

Representing the Independence Heights Redevelopment Council (IHRC), Amy Dinn of Lone Star Legal Aid’s Environmental Justice Team raised concerns over TxDOT’s glaring omissions via comments submitted to the agency on May 25, 2019. Referencing the neighborhood’s historic role in Texas history, IHRC’s comments state that the development of Houston freeways has continued to threaten the survival of African American communities in Houston, not only the result of property originally taken in order to build the freeways, but also due to the negative impacts of flooding and other effects of the freeway construction itself, fraying the social fabric of communities of color. Adding insult to injury, the group’s comments stated, in ignoring the historic nature of Independence Heights, TxDOT appears to rely on previous takings of neighborhood property for the I-610 freeway construction half a century ago as justification for its current neglect of the community.

Using historic documents, press clippings and photos of the day, many of which were provided by historian Aimee von Bokel, PhD, IHRC’s comments to TxDOT retell the history of Independence Heights which began in the early 1900s, a time in which African Americans faced enormous difficulties securing property and establishing a place to live in the South. Having faith in the message of self-determination advocated by Booker T. Washington, the early pioneers of Independence Heights secured property from the Wright Land Company, set up their own system of governance, and became the first town incorporated by African Americans in Texas in 1915. Annexed by the City of Houston in 1929, Independence Heights remains a community that reflects and cherishes its values, accomplishments and history to this day.

In the early 1960s, the City of Houston opted to route Loop 610 through Independence Heights, severely impacting the neighborhood as 330 lots (approximately 67 acres) were taken from the community. The project returned no benefits to the neighborhood, which continued to lack basic infrastructure like sidewalks until the 1980s. To make matters worse, the I-610 construction resulted in flooding due to the installation of a too-small culvert with the freeway, essentially creating a dam that floods Independence Heights in heavy rains. Facing property losses due to the NHHIP in addition to ongoing flood control buyouts, Independence Heights is now grappling with multiple threats, as the neighborhood is also a target for speculative development and gentrification due to its proximity to the popular Houston Heights neighborhood.

Under NEPA, the federal law requiring the assessment and evaluation of potential environmental impacts to historical resources, TxDOT is required to mitigate the NHHIP’s impacts on affected communities. “Mitigation” under NEPA can include: avoiding the impact altogether by not taking a certain action or parts of an action; minimizing the impact; repairing or restoring the affected environment; or compensating for the impact by replacing or providing substitute resources.

One of the community assets requiring mitigation is a church located on the 610 access road. For over 100 years, Greater Mount Olive Baptist Church has been a religious and cultural foundation of Independence Heights. Rebuilt in 2016 after a fallen tree severely damaged the structure during Hurricane Ike, the brand new building will be condemned for the NHHIP. In addition to relocating the church with an expanded, sustainable new facility and adequate parking, IHRC is seeking a pocket park with a dedication to the church as memorial to the significant contributions of its congregation to the history of Independence Heights.

As compensation for the loss of a large portion of the neighborhood’s historic district including the church and multiple historic residences, IHRC is requesting assistance from TxDOT to install community gateways and historic signage, and to document its historic assets. The group’s goals additionally include assisting displaced families with relocation opportunities through the construction of new affordable housing and the establishment of a community land trust. In advocating for TxDOT’s recognition of the cumulative impacts of infrastructure projects on the community’s historic resources, IHRC hopes to see the history of Independence Heights preserved and celebrated, rather than diluted by continued encroachments.

Director of IHRC and long-time advocate for Independence Heights, Tanya Debose remains hopeful for her community. “Houston has not been preservation-friendly in general, so when it comes to communities of color, there’s been a huge disconnect in protecting historical and cultural assets which are even more threatened by these types of infrastructure projects. Thanks to Lone Star Legal Aid, we were able to respond to TxDOT and shine a spotlight on the great need to preserve our valued historic and cultural resources in Independence Heights.”

Emphasizing the cumulative impacts of decades of freeway expansion on communities of color, which also took her grandfather’s home in 1959 for the construction of I-610, Debose spoke at a press conference in front of City Hall on June 13th, where LSLA community partner Air Alliance Houston announced the launch of a report from a Health Impact Assessment (HIA) on the NHHIP. Evaluating the project’s wide-ranging adverse health impacts on children and communities, the report looks at potential changes to air quality, safety, flooding, and mobility that would occur as a result of the expansion near nine secondary and elementary schools along the I-45N corridor.

Amy Dinn is Managing Attorney on the Environmental Justice Team at Lone Star Legal Aid and a part of their Equitable Development Initiative.

You can subscribe to Lone Star Legal Aid’s Environmental Justice newsletter by texting EJUSTICE to 22828.