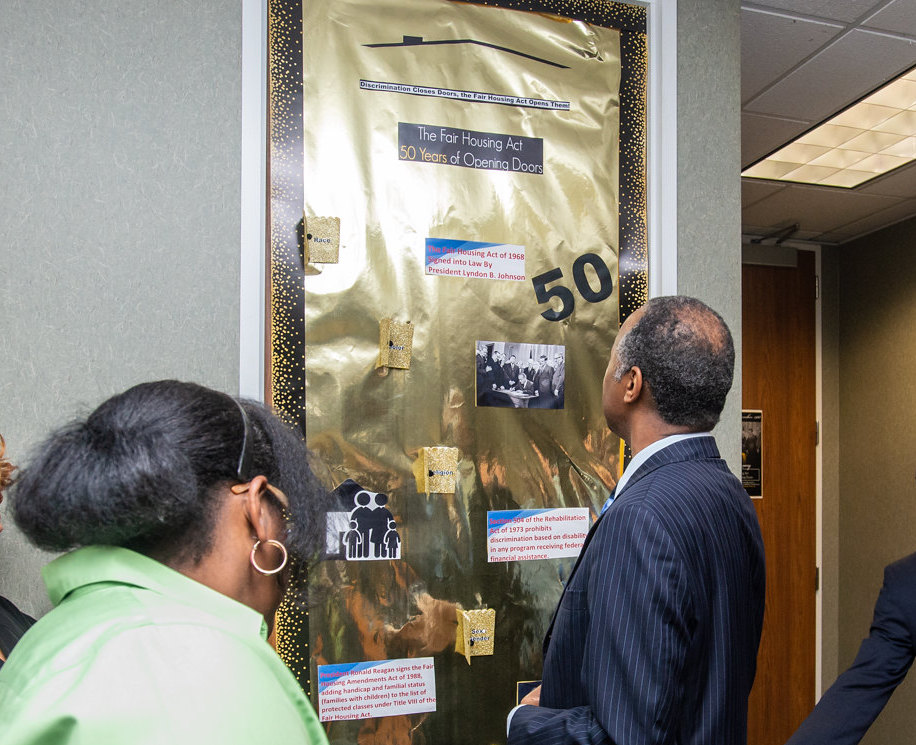 Fair housing was signed into law to root out segregation and individual acts of discrimination. But it means so much more than that. Fair housing is a means to guarantee a person’s right to belong in a community, to exercise their choice in where to raise kids, where to spend time, where to retreat to, where to exist. Several years ago, a grassroots group of community residents summed up what fair housing should look like to them. They called it the Four Rights.

The Right to Choose

The Right to Stay

The Right to Equal Treatment

The Right to Have a Say

The city of Houston wisely used this language in their 2015 Analysis of Impediments to Fair Housing, a plan used to ensure that a city receiving federal dollars implements fair housing law. However, just mentioning these four rights doesn’t mean anything if the City doesn’t assess and take the action within its own power to make these rights a reality. In other words, the City needs to start with what it will do to overcome the Impediments to Fair Housing and not simply point out what others can do.

What we are seeing from the City recently is concerning in that the City is not looking at things the right way.

The above photo is from a presentation from the city of Houston on housing issues for low-income community groups.

The Four Rights are clearly noted in the above photo: The Right To Choose, The Right to Equal Treatment, The Right To Stay, and The Right to Have A Say. What’s not in the photo is a serious acknowledgement of the City’s responsibility to secure these rights.

The Right To Choose:

The City’s review of the 2015 Analysis of Impediments gets right that Houstonians should have a right to live in a decent home and neighborhood, free from discrimination. But, the actions noted to achieve this right in the City’s presentation assign the responsibility to correct this solely on the victims of discrimination. Subsidized housing should be available broadly throughout the city in areas of varying income level; this is a decision made by the City, elected officials, and bureaucrats, not by citizens. Housing discrimination can be fought and curbed by a governing body imposing rules, not by residents who are subject to them.

Here are three simple steps for Houston to add to its plan in order to help secure the Right to Choose:

The Right To Stay:

The City’s understanding of why this right is important is spot on. Residents who live in improving neighborhoods should also reap the benefits of those changes and not simply be displaced. But the power to ensure that happens isn’t simply conferred on those neighborhood dwellers by receiving “financial education.” It takes a real commitment from the City to secure these neighborhoods for the long-time residents. Here are a couple ways that can happen.

The Right To Equal Treatment:

The equitable distribution of public benefits, resources, public services, and essential infrastructure is the standard of equal treatment. Unlike the plan shown on the City’s presentation, equal treatment will not be secured simply by fighting NIMBYism or educating citizens of color who are looking. What’s actually needed is for the City itself to act to ensure equity exists.

Here are a few things that actually would help secure equal treatment:

The Right To Have A Say:

An open and respectful consultation and communication between the City and its residents is the basis for ensuring that citizens have a say in the actions of government in their lives and neighborhoods. City leaders should take the lead to facilitate and make City capital improvement plans, transportation plans, housing and disaster recovery, and community development understandable and easy to comment on. Yet citizen participation and involvement in government is something the city of Houston has done a lackluster job of. The City must formally adopt a new process guaranteeing accountability by City departments providing grants and public services and establishing a process for community-directed decision making.

We have provided extensive suggestions to the City on how to improve in this area over the past half dozen years. Virtually none have been adopted and little progress made. Once again, here is just one of many things we call on the city to include in its Fair Housing Plan:

It’s encouraging to see that Houston city officials are willing to rhetorically embrace the Four Rights. But securing the rights requires more than rhetoric. The first step is to acknowledge the City’s responsibilities and begin by taking the action within its power to implement the Four Rights.