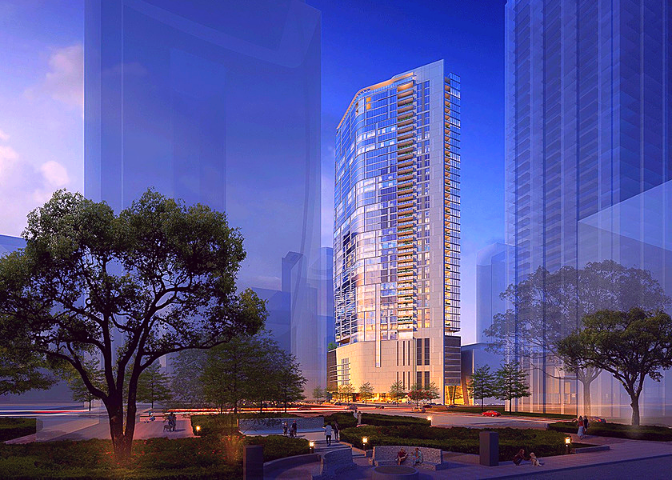 Since its creation in 2017, the Opportunity Zones program was touted by the Trump Administration as a measure to revitalize economically depressed neighborhoods. Texas Housers has been tracking the federally-designed program which claims it will create opportunity — for jobs, housing, and development in blighted and mostly urban areas — by providing a delay in the payment of capital gains taxes. A minimum holding period of 10 years is required for these zones.

The Houston region contains a whopping 150 designated opportunity zones. The city of Houston has issued a prospectus that boasts Complete Communities, which it has branded as its signature neighborhood improvement program, and it suggests local abatements for investments. But despite the major push for these communities, they have declined to monitor the investments. Without meaningful oversight and community input, investments may even have a regressive impact by fomenting displacement and widening the racial wealth gap.

And there’s no place the folly of this program and the city’s refusal to monitor Opportunity Zone deals is more evident than Downtown Houston and surrounding neighborhoods.

Downtown Houston has seen significant investment over the last two decades. In recent years, an elite public high school recently relocated to the district, and the light rail has connected downtown to transit-strapped communities and higher-ed institutions. Still, these investments aren’t benefitting Houstonians at all income levels. One report tracked 39 projects, many of them downtown, received tax breaks through the Chapter 380 and tax abatement programs between 2004-2016. It also found that despite the creation of 5,480 housing units, not one affordable unit was set aside.

Most recently, a luxury apartment building complete with an amenity skydeck known as The Preston is now being developed under the opportunity zones program. Monthly rent for a two-bedroom apartment at an adjacent luxury development starts at $3,896. This price tag would be out of reach for even a three-person household at 100% AMI (approx. $68,675), to say nothing of lower-income families.

Just beyond downtown, in the Near Northside neighborhood as profiled in the city’s prospectus, the Hardy Yards development built with CDBG funds is welcoming a brewpub, while homes are threatened by the I-45 expansion.

Cities, especially vibrant downtowns, should belong to all residents. However, the city of Houston’s lackluster track record at enforcing abatements, preference for overdevelopment, and infamous lack of zoning don’t bode well for those who opportunity zones are meant to help.

Instead of continuing business as usual, the city of Houston should prioritize deepening community engagement practices in areas highlighted by the prospectus, advocate for mixed-income development for housing deals benefitting from the Opportunity Zones program, employ and enforcing clawback and claw-forward agreements instead of good-faith deals, and court responsible developers whose investment ideas match community needs.