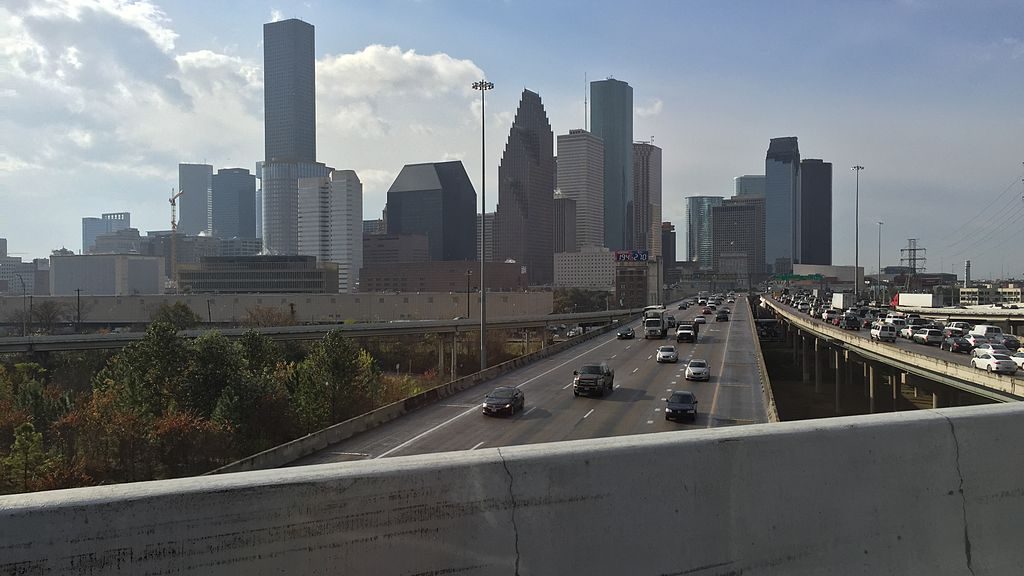 In 2015, partners of Texas Housers developed the Four Rights as a framework to discuss and practice fair housing. Those rights — the right to choose, the right to stay, the right to have a say, and the right to equal treatment — have since been expanded upon to guide advocates in a number of related arenas, including those working toward equitable disaster recovery.

The implementation of the North Houston Highway Improvement Project (NHHIP) by the Texas Department of Transportation (TxDoT) requires that advocates revisit the four rights through a new and important prism: state-sponsored transit projects.

This project, which is frequently referred to as the I-45 expansion, will displace 1,663 households including vitally important public housing, permanent supportive housing for the homeless, and dedicated veterans units. It will displace 331 businesses, which will depress the local economy that employs nearly 25,000 Houstonians. This tectonic shift for entire neighborhoods has inspired residents to organize into a strong coalition who are opposing the expansion and its consequences, intended or otherwise.

Here’s how the Four Rights currently intersect with the project and how they can be used to advocate for its improvement.

The right to choose is the promise of mobility, integration, and choice of where to live, in this instance for low-income people of color. As residents of public housing are displaced, some will be offered vouchers giving them a choice of where to live. Unfortunately, for those that choose vouchers and to remain in Texas, they will face an uphill battle against source of income discrimination. Many landlords throughout Texas outright refuse vouchers. Even those who try to use their vouchers in LIHTC-funded units may find that the majority of existing properties are concentrated in areas of less mobility. Plans are on the table to offer relocation assistance for all public housing residents. This is the correct course of action and can be more impactful if relocation counselors will be well-versed in the challenges that face voucher holders, the mobility landscape in Houston, and are able to build relationships with residents over a long period of time.

The right to stay guarantees safeguarding against the involuntary displacement of low-income people of color through gentrification. This act of developmental malpractice diminishes these residents’ access to well-serviced neighborhoods and frustrates economic and racial integration. Parts of the NHHIP cut through areas undergoing varying degrees of gentrification. As the project whittles the supply of affordable housing in the area, elected decision-makers, from state legislators to city council members and developers, should prioritize the preservation of affordability for original residents.

The right to have a say is a demand that government include low-income people of color in meaningful democratic participation regarding decisions affecting their families and neighborhoods. Over the past several months, as opposition to the project has built, TxDoT has relied upon the city of Houston’s Planning Department to mount outreach via engagement events. This is in stark contrast with the 27 meetings with the downtown management district between 2013-2016, more than all the meetings with other affected management districts and civic clubs combined, and more than three times the amount of any other management district.

The city also developed an online comment system laid over a map of the current NHHIP project design. While both of these efforts are encouraging, they fall short of the overall goal. It is unclear how or if online and in-person comments will be incorporated into any design changes. In-person events have not been language-accessible for those in limited English proficiency-project swaths, and the online portal requires a high level of technology literacy and access.

Community commentary, both in-person and online, reveals a lack of frequent and clear communication from government stakeholders involved in the project. Residents and advocates should demand clear and consistent communication and opportunities for convening as the project moves forward from all involved government actors. LINK Houston, in partnership with other advocates, has developed advocacy guides for Near Northside and Independence Heights, including the dates of regularly scheduled meetings and contact information for key decision makers.

The right to equal treatment demands that public services and facilities, along with certain regulated private services like “non-predatory financial services,” like banks or access to credit, are provided equitably in low-income neighborhoods of color at the same levels as in the privileged, non-segregated neighborhoods. We’ve already shared our partner’s work on TxDoT’s exclusion of the former freedman’s town Independence Heights, which is experiencing intense gentrification pressure from planning consideration, but there are other instances of the failure to consider the importance of equal treatment.

The development of the project will impact flooding and air quality, two issues that black and brown communities both experience more acutely and have fewer resources to retort (less sufficient drainage, less access to credit to develop clean economic drivers, less access to healthcare to respond to the effect of poor air.) TxDoT should adhere to more robust floodplain development standards than what is simply required by the project and contribute to an economic development fund in project areas.

Houston has a long and storied history of transit activism inspired by roadways like Highway 59, I-10, and the Pierce Elevated Corridor which cut through mostly black communities. That tradition is being revived by the fight over I-45 and we must ensure everyone recognize that it is more urgent than ever in the face of increased flooding, lack of affordability, and negatively trending black family wealth.