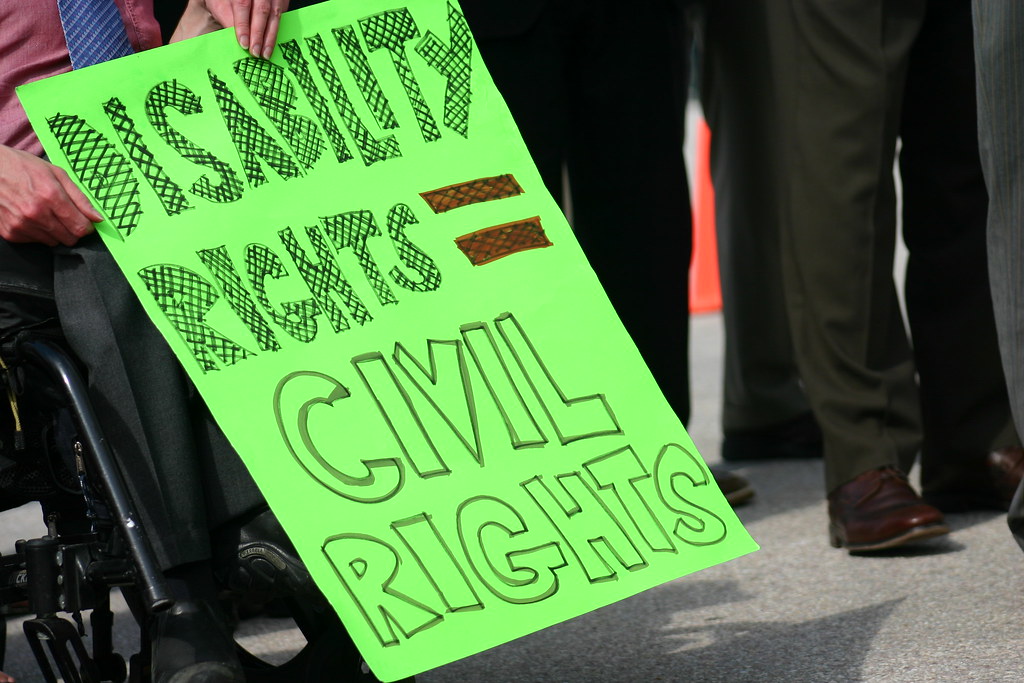 In Texas, and across the country disability rights activists have demanded, worked for, and won improved transportation services, the right to choose where to live, and access to housing that suits their needs.

But there are still many more strides to take toward more inclusive, accessible communities.

In episode 24 of our podcast, A Little Louder, Texas Housers talks to disability rights advocate and organizer Stephanie Thomas, with ADAPT of Texas. Thomas discusses the early years of her advocacy when she and fellow activists demanded more equitable public transportation, including lifts in every bus, which soon became a requirement through the Americans with Disabilities Act of 1990.

The disability rights community then saw the power of organizing for systemic change and worked toward deinstitutionalization. The practice of segregating people with disabilities who need services in institutions left many without any ability to exercise choice or feel connected to family and community. The movement led to the Olmstead v. L.C. case in 1999, which made its way to the Supreme Court. A 6-3 majority of the justices decided that people with disabilities, under the Americans with Disabilities Act, should live in the community instead of institutions if that is their choice and as long as they are medically cleared and paying for community treatment does not negatively impact treatment in other programs.

The ability for more people with disabilities to live in communities led to a demand for housing – and services – to suit their needs. The movement is what inspired ADAPT’s call, “Free Our People.” That fight continues, Thomas said, especially in communities that have seen spikes in rents while the federal government continues to disinvest in public and subsidized housing programs. She said continued organizing is key, and especially the kind of non-violent protests led by impacted people who can demonstrate their agency and expertise.

Listen to the full episode here or wherever you get your podcasts.

For more information about ADAPT, visit their website here.