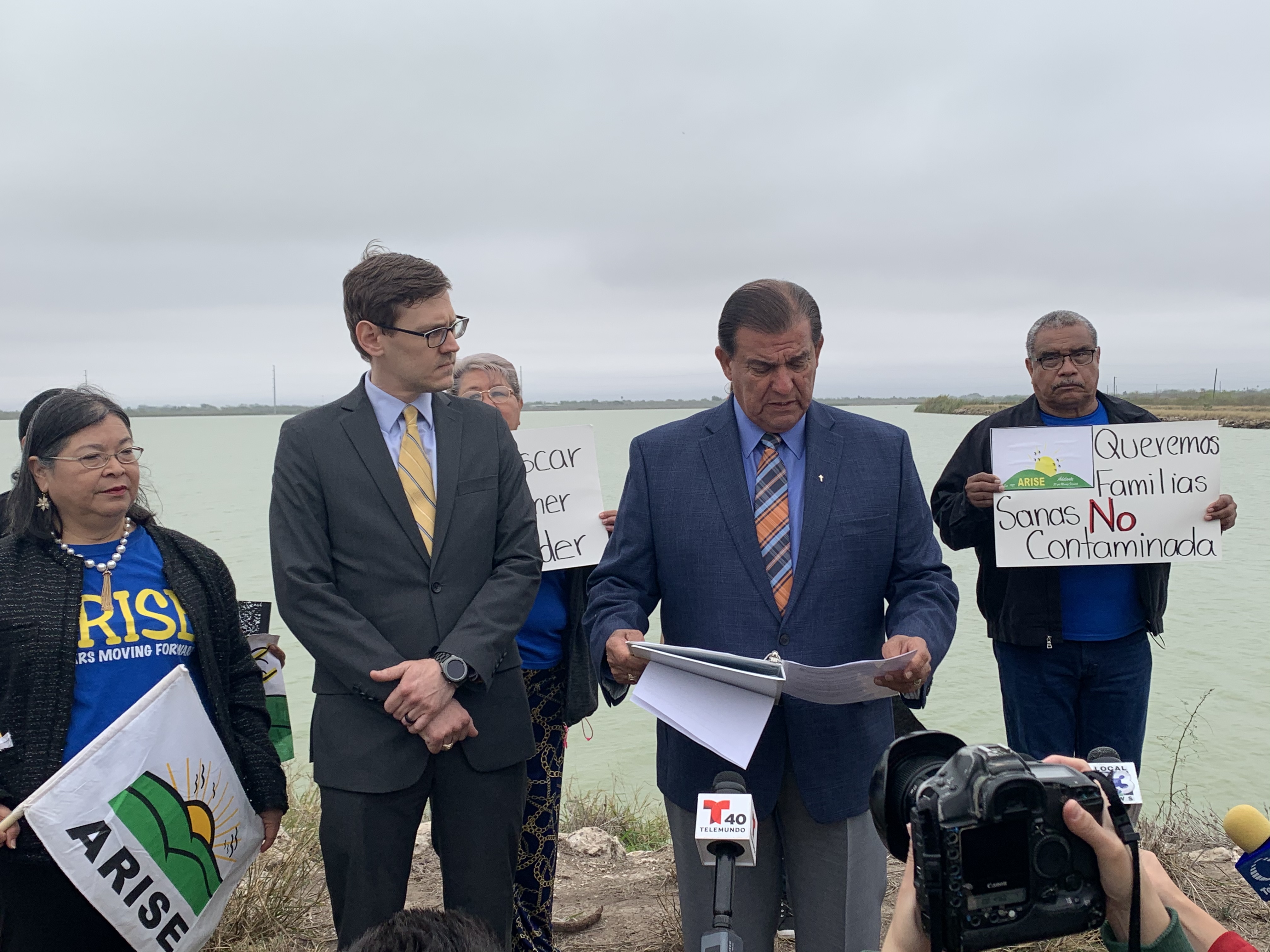 Texas Housers has worked for years in the Rio Grande Valley, partnering with motivated organizations like LUPE and ARISE, to achieve environmental justice at Donna Lake regarding its chemically toxic fish and water. After 27 years of Hidalgo County residents being subjected to these poisonous conditions, TCEQ and EPA have announced the removal what they have identified as the contaminating factor spewing chemicals into the reservoir.

Our press release is below:

DONNA, Texas — In a historic victory for the residents of Hidalgo County, the State of Texas and the US Environmental Protection Agency (EPA) have finally begun the removal of contaminated sediments and polychlorinated biphenyls (PCBs) in the Donna Reservoir and Canal System, also known as Donna Lake. “This major step for environmental justice was brought about through the outcry from Valley community leaders like A Resource In Serving Equality (ARISE), La Unión del Pueblo Entero (LUPE) and champions in state government like State Sen. Eddie Lucio Jr., who work tirelessly to ensure the quality of life in the colonias are equal to those in the rest of Texas,” said John Henneberger, co-director of Texas Housers, a nonprofit that has advocated for this cleanup for many years.

Donna Lake was flagged as dangerous by EPA officials as early as 1993, and was later to be found as a contributor to high rates of Valley birth defects. Fish in the lake have high rates of PCBs that, if consumed by humans, can cause serious health problems. A fishing ban was enacted in 1994, but tragically went unenforced by public officials. Finally, in 2008, the EPA listed the site on its National Priorities List, and there followed seven fish removal projects totaling 47,724 fish in the last 12 years. Yet no action was taken to fix the root problem for nearly a decade. In 2016, a Remedial Investigation and Feasibility Study was completed by EPA, with the conclusion that the concrete siphon feeding water from the Rio Grande to the lake through the canal system was likely the source of the chemical contamination.

Residents of colonias located near the lake organized through ARISE and LUPE to publicize the health hazards of eating the fish and put pressure on federal and state officials to clean up the source of the pollution. School children, organized by ARISE, held parades and went door-to-door in their communities, while adult leaders of LUPE and ARISE held meetings and conducted tours with leaders of the EPA, and worked with state leaders like State Senator Eddie Lucio, Jr. to compel the clean-up. “The relentless passion and united voices of colonia residents throughout this long process are a key reason we are finally seeing the EPA and State of Texas begin the cleanup today,” said Texas Housers’ deputy director Christina Rosales.

In 2018, the EPA issued its Record of Decision (ROD), which documented the EPA’s selected remedy to clean up the site, which is to excavate sediments, remove fish, and replace the siphon. Preparation for sediment excavation was initiated in January 2020 and is anticipated to start in March, according to the department. The cost estimate for the entire remedy is approximately $19,000,000, which will be funded jointly by the EPA and the Texas Commission on Environmental Quality.

“We want to recognize the key contribution of Senator Lucio in his role as chair of the Senate Intergovernmental Relations Committee in ensuring that the State of Texas follows through with providing funds to complete the cleanup, as well as ensures that post cleanup monitoring is carried out properly, so residents of Valley cities and colonias can rest assured that this health hazard is over once and for all,” Henneberger observed.

Environmental racism is a fact of life for too many in the Rio Grande Valley. But things are changing. The Donna Lake cleanup follows in the wake of another environmental victory in which school-age youth leaders of ARISE forced the City of Alamo to modernize their sewage lagoons that had polluted the adjacent colonias.