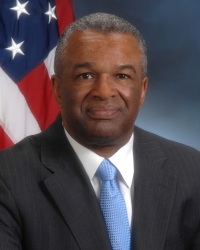 For a  years I worked with State Representative Eddie Rodriguez (Austin) to help him devise a way to let lower-income families of color maintain a presence in East Austin in the light of escalating property values and taxes. So far the effort has not succeeded.

A key problem has been the opposition of a few African-American elected leaders to a key feature of the approach — a shared equity approach to homeownership.

Rodriguez has fought tirelessly to convince state government to grant power to city and county governments to grant tax concessions to community land trusts so that lower-income families can choose an alternative ownership model to own their home but not their land. Title to the underlying land would be held by a community controlled nonprofit that would be exempt from property taxes. The homeowner would pay taxes on the value of the house itself but not the land.

This approach is designed to allow lower-income families to afford to stay in central city neighborhoods undergoing gentrification.

I honestly don’t know if there would be a market for such a plan or whether it would work. But it is the only serious plan anyone has put on the table to keep lower-income families from being taxed out of East Austin and to keep economic and racial diversity in the central city.

A macro view of Austin’s demographic trends offers a depressing view of a community with no place for lower-income families to live in the central city and the collapse of the traditional African-American and Hispanic east side community to a massive wave of gentrification.

If Austin values diversity someone needs to do something.

Some local African-American officials have also opposed Rodriguez and his efforts. Their opposition stems from the land trust model. They see this as a dangerous alienation of property ownership from African-Americans. They don’t trust that this is not another form of Urban Renewal that will end up swindling families out of their land.

This concern is based in historical reality. But standing by and doing nothing will result in families being forcibly displaced through real estate taxes.

This brings us to Ron Sims, HUD’s Deputy Director, and is comments in the current issue of ShelterForce magazine.

Sims, a highly lauded African-American local official from the Northwest before joining HUD, has an important perspective on the current state of homeownership for the poor. He urges that we rethink approaches to housing stability and the poor or face some serious consequences.

It is not an answer to sit back and continue to do nothing as Austin elected officials are doing.

Shelterforce: What’s your evolving view of what sort of role that the shared-equity form of tenure can play as we move towards stabilizing the housing markets and figuring out how they are going to work going forward?

Ron Sims: One of the things I worry about in the long run is the accessibility of housing and who gets into housing. Buying a house has always been the American dream, and you know now we’re having a debate whether or not people should be satisfied being a renter all our life. And I say you can’t do that because when you look at the numbers it breaks up very plainly along racial lines. So innovations coming out of the land trust model that will allow people the security and ability to get housing will be absolutely key for long term social stability. We’re not just talking about a notion here. We’re talking factually about what we know and the data that we now have, right now. If they fail we’ll have social instability. If they succeed we’ll have social stability. In the most competitive century in our history, we cannot afford to have social disruption because we are unable to have people in stabilized neighborhoods and housing.

There’s a great book, The Warmth of Other Suns by Isabel Wilkerson. In that book, she talks about the housing riots of the 1900s, 1910s, 1920s, 1930s, and 1940s, and they were fiery and violent. I didn’t realize that. And they eclipsed what happened in the 1960s but it was all over housing and housing location: people being confined to rental and not being given the chance to buy. And people wishing to buy who were not allowed to do that. We face similar challenges today, that is who’s foreclosed on and who needs to get back in this market.

So if, in fact, we restrict people from buying homes who cannot put 10 percent down and 20 percent down, we need to have a counterbalance that enables people to get into homes. Now, there are great organizations that are fighting to get housing near jobs, improve transportation systems, and providing access to homeownership. They need to succeed, because if they do, we can avoid what I call the train wreck. If they fail we are going to have a very significant social upheaval. We will: it’s unavoidable.