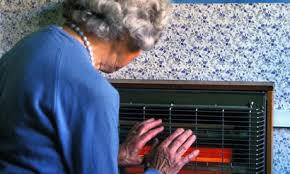 The Texas Legislature is debating what to do with the $850 million fund that helps Texans living near the poverty level with their utility bills. This is important because for Texans who are really poor, electric bills compete for their limited money for housing.

Here is the background.  In 1999 when the Legislature deregulated electric rates part of the agreement was that a fund would be created to help Texas households living at 125 percent of the poverty level, received Medicaid or SNAP pay their electric bills. These folks are very poor. The money comes from a small fee that all electricity customers pay each month. That fee goes into a special account called the System Benefit Fund.

The Legislature has a bad habitat of using dedicated funds like the System Benefit Fund for purposes other than what they were set up for. Additionally, just having a bunch of money sitting in a fund in the Treasury helps Legislators “certify” the budget. This is all smoke and mirrors.

The question now before the Legislature is what to do with the $850 million in the System Benefit Fund.

The Texas House is moving toward a plan to use at least part of the fund to weatherize the homes of the poorest Texans so that they don’t have to pay such high energy bills. But the Texas Senate Finance Committee voted yesterday to give the $850 million back to all the state’s electric customers. The vote in that committee was along party lines with all Democrats except Senator Hinojosa voting no.

Shouldn’t the money that has been collected from rate payers for the past 14 years be used for the purpose that was intended — to address the high electric bills of poor Texans?  Isn’t it worth keeping the commitment made by the Legislature back in 1999 when electric rates were deregulated to make sure the poorest Texans could keep their lights on?

We think it is.