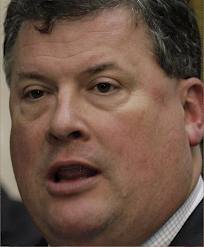 The Houston Chronicle is reporting on the issue we blogged yesterday.

Here is an excerpt from the Chronicle’s story (behind the paper’s paywall):

A proposal to refund money to electricity customers across the state would enable the Texas Legislature to renege on two promises at once.

For 14 years, the Legislature has collected a fee, capped at 65 cents per 1,000 kilowatt hours, to assist the poorest Texans with electricity bills in areas of the state where the industry was deregulated.

The Legislature, however, has not spent all of the money in the System Benefit Fund on its intended purpose.

Now, state leaders are debating how best to use what has become the largest dedicated cash pool in the state – $811.3 million – and it may not be to help the poor as was promised at collection.

Senator Williams, the sponsor of a bill and chair of the powerful Senate Finance Committee, a Republican from The Woodlands, is quoted by the Chronicle as saying,”We’re going to give money back to the people who’ve been overcharged.”

How does the Legislature take money from one set of people for benefiting the poor (ratepayers of the past 14 years), then not use the money for the purpose for which it was collected, then turn around and give the money to another set of people (current electric customers)?

Each (electric utility) account would be credited about $120 over 20 months if the fund were divided equally. It is more likely, however, that since the fee is paid by the kilowatt hour, commercial customers would receive much larger refunds than residential customers.

William’s bill would require each electric utility to print on electric bills that this rebate is courtesy of the Texas Legislature. It seems to me that if the Legislature wants to buy some political advertising like this it would be nice if they paid for it with their own money and not from the money other Texans have been taxed to help the poor.

Here is an idea. I would suggest they print on everyone’s electric bill instead the following,

“The Texas Legislature collected money from Texans for fourteen years and we told you we would use it to help poor, disabled and elderly Texans afford to keep their electricity turned on. Instead we played games with the money for fourteen years and let poor Texans suffer. Now we are playing one more game with the money, we are going to pretend to give something for free to whoever we decide (new corporations,etc.). Thanks for the fourteen year, interest free loan. Here is $4-$5 a month on your electric bill for a few months. Be sure to remember to be grateful to us?”

The Houston Chronicle quotes Fraizer as offering the following explanation as to why he does not think the Legislature should spend the money helping the poor reduce their electric bills through weatherizing their homes, “Then it goes to contractors, not to people,” he said. “Why don’t they run down to Home Depot and weatherize their own home? We’re empowering them to do that with this refund.”

The typical cost to weatherize a home for a Texan with a low income is a few thousand dollars and returns many times that in energy savings. I suspect that the rebate to low-income energy customers will almost certainly not exceed $3 a month over 20 months.

The William’s bill is not about empowering poor people to afford electricity, it’s about breaking a promise to the folks who paid the fee and to the poor Texans who will suffer because some members of the Texas Legislature have other priorities.