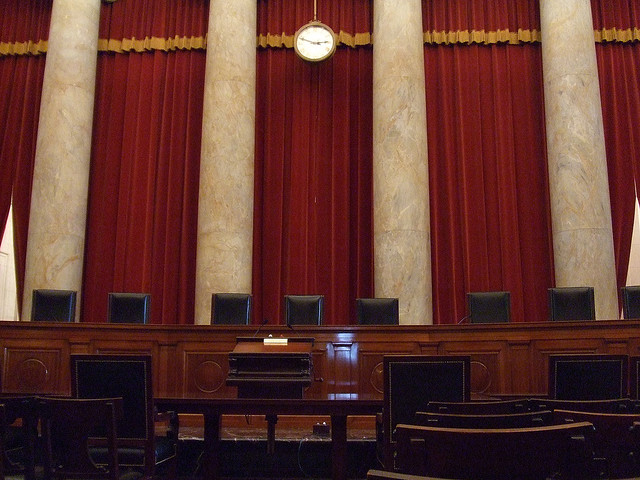 On Jan. 21, the Supreme Court of the United States will begin to hear arguments in Texas Department of Housing and Community Affairs v. The Inclusive Communities Project, Inc., an appeal of a 2012 decision regarding fair housing in the Dallas area. For more background on the case, check out our first blog post on the topic.

It is easy to overlook what is really at stake in the Dallas fair housing lawsuit appeal before the Supreme Court. The State of Texas would have us believe the case is over racial quotas, but it is not. It is about whether families will get to choose a better, safer home and a chance for their children to succeed in school.

A woman in Frisco, Texas, whom I’ll call Mary, illustrates what is at stake for families. Mary is a working mother raising three sons ages 6, 9 and 15. She has a full-time job as a medical assistant that she likes, but the job barely pays enough to support her family. Fortunately Mary has a Housing Choice Voucher.

The most important thing in Mary’s life is the well-being and success of her children. Mary, who is African-American, struggled for years to raise her children in an impoverished, racially segregated area of South Dallas. Today Mary and her family, through a combination of her Housing Choice Voucher and a Low Income Housing Tax Credit (LIHTC) apartment, live in a neighborhood in Frisco, in north Dallas County, that is worlds apart from her former home in south Dallas’ Turner Courts public housing project.

Mary was permitted to choose to move to a neighborhood where she and her children are thriving. Tise promise of fair housing is what is at stake before the Supreme Court.

Mary’s family’s former and current neighborhoods illuminate the striking differences between the inner-city and suburbs. Her old South Dallas neighborhood was situated in a Census tract that is predominately African-American and Hispanic, making its share of minorities well above the regional average. The Frisco neighborhood in which the family resides today is more integrated and roughly typical to Dallas regional demographics. It is majority White, Non-Hispanic, with a greater percentage of Hispanics than the regional average, but still much less than the old Turner Courts project area. Frisco’s share of African-Americans is just a fraction of the share residing in Turner Courts.

The family’s former neighborhood is a textbook example of the concentration of poverty. Over half of all residents of that Census tract live below the poverty level. This number is astounding compared to both the Dallas regional average and the family’s current neighborhood in Frisco. Moreover, the median family income (MFI) of the old neighborhood is less than 30% of Dallas’ MFI, while the Frisco neighborhood, solidly middle-class, marginally exceeds the Dallas area MFI.

The difference in quality public schools near the family’s former and new residence is even more dramatic. At their former home, Mary’s teenage son would have attended Lincoln High School, which did not pass the Texas Education Agency’s (TEA) standards outlined in their 2014 Accountability Ratings. More than 85 percent of Lincoln’s students are economically disadvantaged, more than a quarter change schools within a year and the graduation rate is lower than the state average (88 percent). The dropout rate at Lincoln is also more than twice the state average of 6.6%.

Today, Mary’s eldest son now attends Wakeland High School in Frisco. This school met the TEA standards and has a much lower percentage of students who are economically disadvantaged or who change schools within a year. Over 97 percent of students graduate from Wakeland and less than 1 percent drop out.

A brief analysis of Environmental Protection Agency (EPA) environmental “facilities of interest” yields some understanding of the types of land use near Mary’s family’s former and current residences. Both residences are located fairly close to railroad tracks and major highways, which can contribute to noise and air pollution. Within a mile of their old apartment, there are numerous sites related to air emissions, toxic releases, hazardous waste, and water discharge. Of the 19 sites within about a one-mile radius, six sites are owned and operated by the City of Dallas, one is an auto parts store, three are dry cleaners and eight are manufacturing or industrial facilities. There is one brownfield site within about a mile of their old apartment.

Sites of environmental interest to the EPA near Mary’s Frisco neighborhood are fewer and less hazardous. Of the nine sites found within a mile of the family’s new home, six are commercial businesses, including a pharmacy, hardware store, retail chain stores, a wholesale grocer and an orthodontics office. While some of these larger retailers could be sources of truck and vehicle traffic, they are also uses of land that can be seen as more beneficial than harmful to nearby families. Sites near the Frisco neighborhood that could be cause for concern include one municipally-owned wastewater treatment plant and an auto paint and body shop.

Raising three kids on a medical assistant’s pay is tough. A housing voucher makes it possible for Mary to keep her family together. But in Dallas, as in most places, there are not a lot of landlords outside of impoverished neighborhoods who are willing to accept a voucher. Low Income Housing Tax Credit apartments are required by law to do so. That is why it is important that government agencies ensure that LIHTC apartments are available across the region and not only in impoverished neighborhoods where there is already an abundance of available apartments.

Mary is grateful for a chance to raise her family in a place where most of her neighbors have jobs and few struggle with poverty. It gives her peace of mind knowing that her children can go to and from school and play in the park in a neighborhood where crime is not a major problem. As a medical professional she cares that her family is not exposed to the significant environmental hazards of her old neighborhood. But most of all, it’s the schools that make the biggest difference. Mary proudly shows off her third grader’s report card with all A’s and B’s. Her son in high school is doing so well that he is eligible for an early college program that allows high school students to get an associate’s degree at a local community college. He’s deciding between that program and continuing to play football for his new school, which he loves. That is his choice because his mother had a choice of where to live.

Choice is what fair housing is all about. Housing choice for African-American families like Mary’s is available in Dallas today because the Texas Department of Housing and Community Affairs changed the rules for where LIHTC apartments are built in response to the original lawsuit that will now be heard by the Supreme Court.

If you were Mary, would you want your family to have a choice of where to live? That is the question the Supreme Court needs to answer.