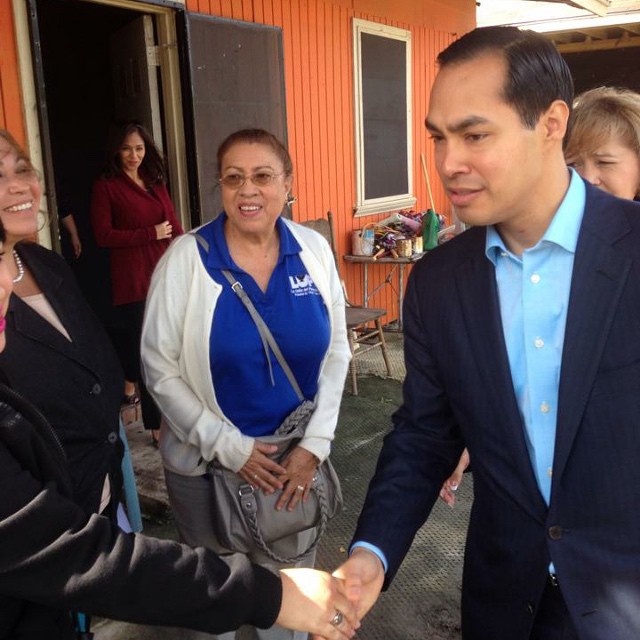 On Friday the U.S. Department of Housing and Urban Development (HUD) announced a plan to increase the funding that states along the Mexican border can use for affordable housing and community development in colonias. The proposal, part of the Obama administration’s budget for fiscal year 2016, allows states to use a maximum of 15 percent of their Community Development Block Grant (CDBG) funds for colonias, up from the previous 10 percent.

The news carries obvious potential importance for Texas, which has far more colonias than California, Arizona or New Mexico – more than 2,000 colonias in Texas qualify for CDBG funding, many of which lack basic infrastructural needs such as potable water, sewage systems and streetlights. In fiscal year 2014 Texas allocated the full 10 percent of its CDBG funding, or $6.1 million, for colonia improvements, as well as an additional $1.5 million for Colonia Self-Help Centers administered by non-profit organizations.

HUD Secretary Julián Castro, who visited colonias in the Rio Grande Valley alongside our partner organization La Unión del Pueblo Entero a few months ago (pictured above), said that the expanded CDBG funds will go toward housing, water needs, job training and other forms of community development. And HUD’s statement on the proposal quotes Texas Agriculture Commissioner Sid Miller as supportive of the funding expansion. “Colonia funding is critical to addressing the long term infrastructure and housing needs of these very low-income communities,” Miller states.

Miller’s involvement in the proposal statement is a positive sign for Texas colonias, because the HUD plan merely authorizes, but does not require, that states set aside an additional 5 percent of CDBG funds for badly needed investment along the border. The 10 percent set-aside originated from the National Affordable Housing Act of 1990, which initially required border states to devote a tenth of their CDBG funding for colonias. The set-aside was made permanent by a Congressional appropriations act in 1997, and Texas, Arizona and New Mexico have dedicated 10 percent every year since (California, which has far fewer qualified colonias, dedicates between two and five percent).

But the new 15 percent cap is not mandatory, meaning that states must choose whether to apportion more funding to colonias. Texas could dedicate more than $3 million in additional funding to colonia communities – money that could go toward creating actual drainage systems, lighting dark streets, improving substandard housing conditions and much more. If the state follows through on Miller’s statement and seizes this opportunity, Texas’ colonias will be a step closer to receiving the kinds of resources and support that the rest of our state takes for granted.