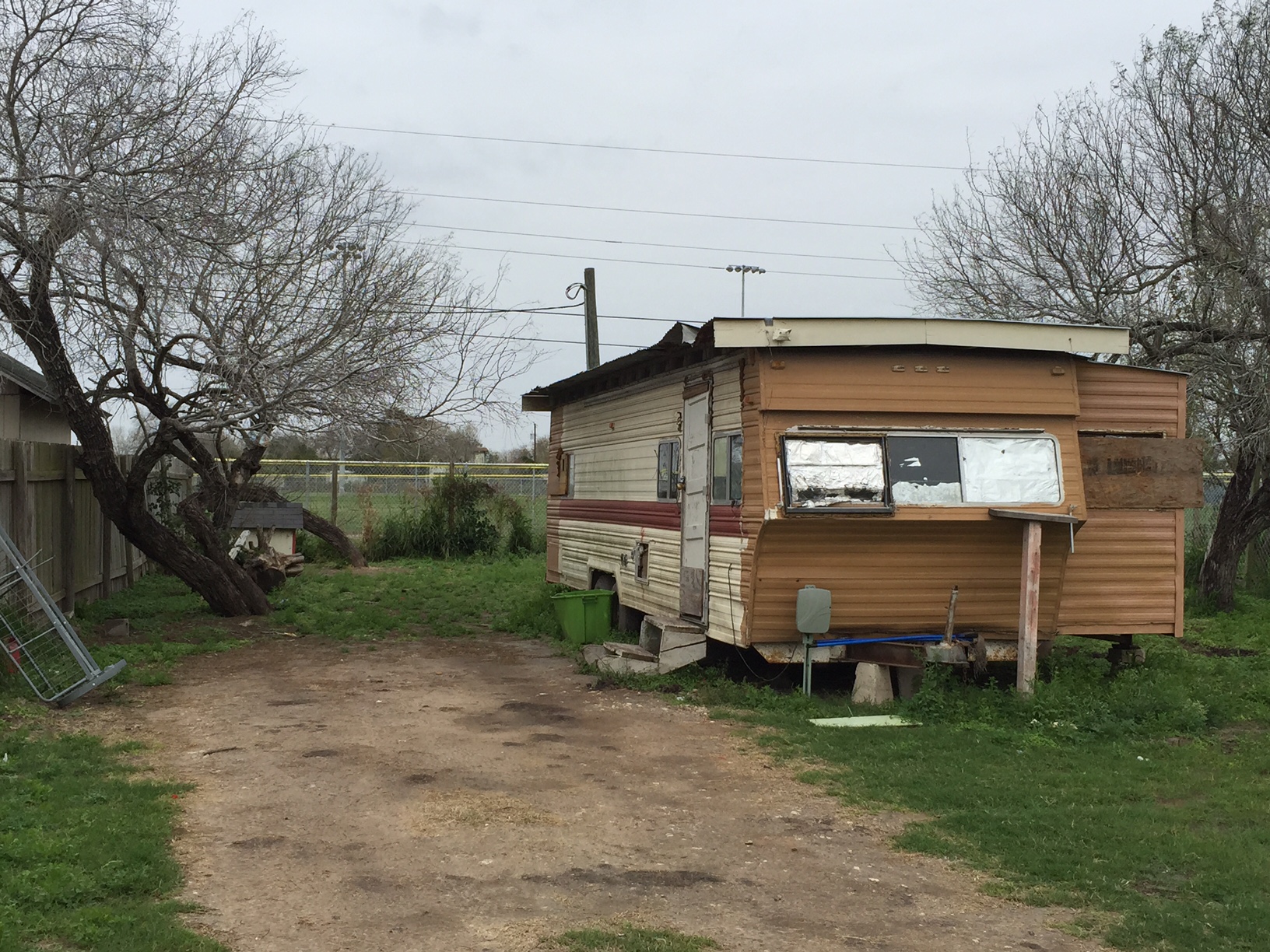 Miriam Hernandez is a single mother who now lives in Mercedes, a small town in the Rio Grande Valley. But for the past year and a half, she and her 11 children lived in a 36-foot manufactured home on a lot in Raymondville, another town in the north end of the Valley. They lived there because they couldn’t afford anything else. The children slept on beds and futons in the crowded living space, and Miriam was so worried about a fire starting from her run-down electrical system that she unplugged all her wiring every time she left the house.

She moved into her new house because her family needed a safer and less crowded place to live, but is paying more than she can afford in rent. She’s trying to sell the old manufactured home but has yet to find any takers. Miriam said that she would love to move back into a manufactured home if she could afford a newer, safer, larger home that would work for her whole family.


You can watch Miriam tell her story in the video above. She is far from the only Texan who has had to deal with the risks of living in a substandard manufactured home. According to the U.S. Census Bureau, about 7 percent of all Texas housing units are manufactured homes. Their residents are predominantly low-income – 73 percent of manufactured home households earn less than $40,000 a year.

Manufactured homes are also much more vulnerable to extreme weather than site-built homes, and can also be at greater risk of fire. In just the past six months, in different parts of Texas, nine children have died and two more have been badly burned in fires in manufactured homes. The tragedies occurred in the middle of the night without any warning. Thousands of other Texan families live in unsafe manufactured homes with faulty wiring, water damage and other factors that can cause fires. The problem is especially pronounced in predominantly rural areas such as the Rio Grande Valley, one of the poorest regions in the country.

Joel Aguirre Rodriguez is a farmworker in Edcouch. He lives in a four-bedroom manufactured home with his wife, two children and two grandchildren. Like many low-income Texans, he bought his manufactured home used, with no official record of the sale. He says that the home was in decent condition when he bought it, but when Hurricane Dolly struck South Texas in 2008, half of his roof and much of his sheetrock was torn off. He’s tried to rebuild in the six years since, but because of his limited income he has only been able to fix about half.

Whenever it rains, the Rodriguezes’ roof leaks and water seeps into their walls, causing electrical malfunctions and losses of power. The water damage has ruined the electricity in about half of the home, and in the other half, wires have regularly caught fire. The Rodriguezes no longer have hot water because of water damage to their boiler. Joel says that his home’s electrical problems are getting worse and worse with wear and tear, and that every time it rains, he worries about an electrical malfunction causing a fire.

That fear is one of the reasons Miriam Hernandez now lives in a house she can hardly afford, and why many other Texas families wonder about the safety of their manufactured homes. New legislation introduced in the Texas Senate, SB 1636, is aimed at addressing these concerns.

As proposed by Sen. Eddie Lucio, Jr. of Brownsville, the bill would create of the Texas Safe Home Program, a dedicated trust fund using the taxes collected from manufactured home sales and administered by the Department of Housing and Community Affairs. Mayors, county judges, fire marshals, volunteer fire chiefs and other local officials would then nominate families in their communities whom they know to be in need of a new, safer place to live to participate in the program. Nominated families would receive a state inspection of their current home to determine their eligibility for financial assistance. Eligible families could then receive funding for up to half of the cost of a purchase of a new, up-to-code manufactured home.

The bill also encourages the state to work with the lending and manufactured housing industries to secure discounts on homes and home loans for eligible families, further reducing their out-of-pocket costs. It’s estimated that, if enacted, the Texas Safe Home Program could help 700 to 800 low-income families move into a new manufactured home every year.

You can track the bill’s progress at the Legislature’s website. It’s referred to the Senate Committee on Intergovernmental Relations, where it has not yet had a hearing.