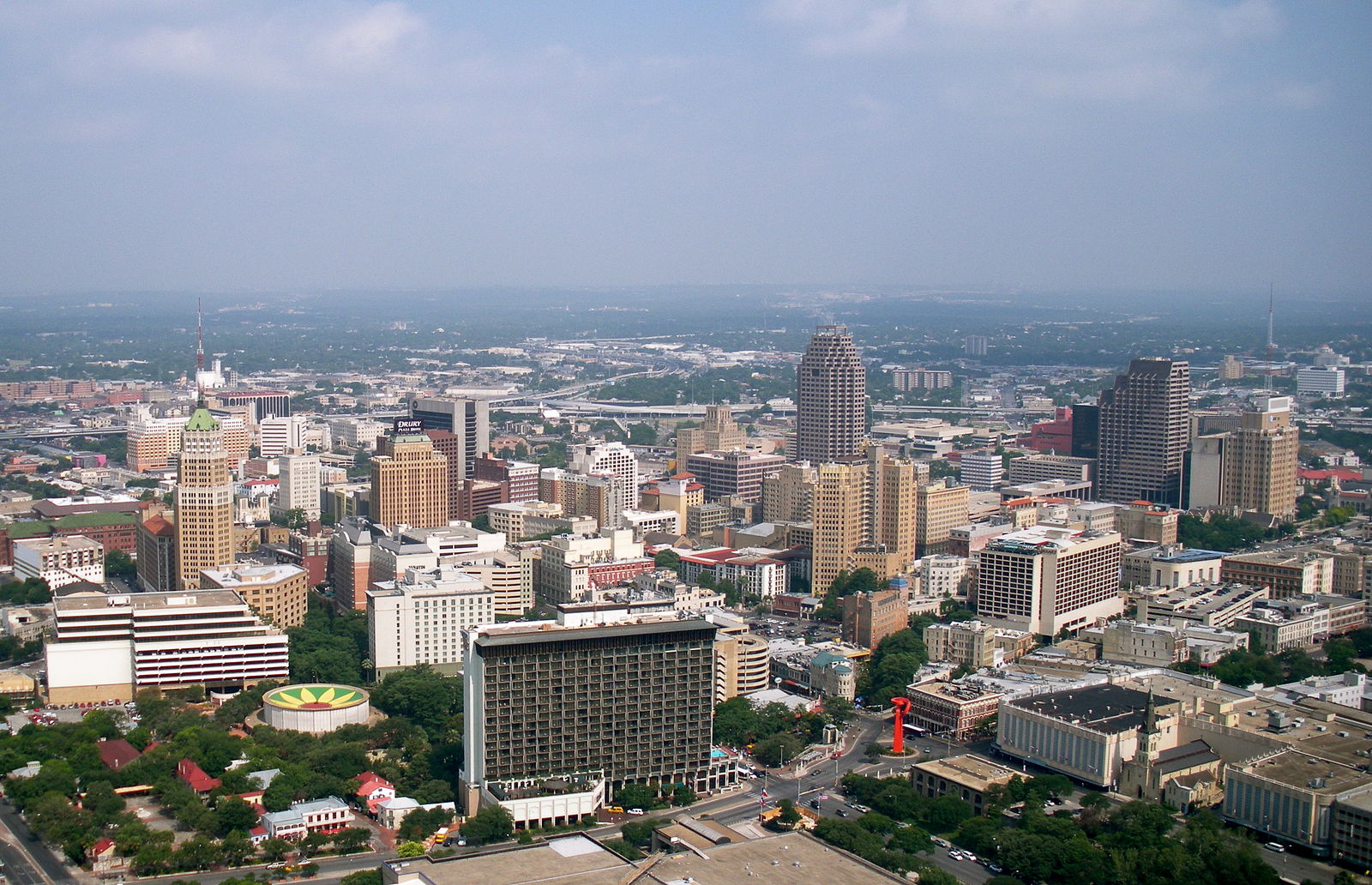 A committee of political leaders and citizens formed to address gentrification in San Antonio, the Mayor’s Task Force on Preserving Dynamic and Diverse Neighborhoods, issued its draft report on April 22. The report follows a yearlong discussion of how the City of San Antonio can “encourage investment in inner city neighborhoods but minimize or prevent displacement of people or adverse impacts related to history, culture, and quality of life of unique neighborhoods.” San Antonio was the 37th-most gentrifying city in the country in the previous decade, according to a recent report.

The task force’s recommendations include an affordable housing bond and the creation of a housing commission and a housing displacement assistance fund. But many in the community, including our partners at the Texas Organizing Project who helped lead a “right to stay” rally on May 6, believe that the report does not adequately describe ways to protect residents against gentrification.

For example, the report suggests providing a year of displacement assistance to offset the difference in rent costs for residents forced to relocate because of a new development. It does not specify whether or not these payments would apply for all developments, or just developments that the city funded or had a role in via entitlements, zoning or other methods. While many cities require that private developers offer assistance to displaced residents, the San Antonio task force does not mention such an arrangement.

The impact of displacement is felt, particularly by low income residents, for much longer than the year of short-term assistance the task force proposes. Relocated households struggle with higher housing costs well after rent assistance expires, and must deal with the life disruptions that relocation causes, including school changes, public transportation issues and neighborhood unfamiliarity.

The City could better serve families threatened by relocation by taking a strong stance to prevent developments that create displacement in the first place. Or, if displacement must occur, the City could do more to help relocated families. There are ways to assist residents beyond one year of subsidized rent, such as:
– Connecting families to realtors or other services to help them choose where they would like to move
– Giving residents more advance notice about displacement to allow more time to consider their options. Notice should be provided at least six months in advance.
– Helping families negotiate with schools to make sure their children can either stay in their same school after a move or transfer into a high performing school, rather than be placed into a poor quality school because of displacement.

In a recent displacement case at San Antonio’s Mission Trail Mobile Home Park, developers who planned to build a new apartment complex on the site of more than 100 homes for low income families offered residents compensation between $2,500 and $7,500 to move before being evicted. The City did not offer additional assistance to families forced out of the mobile home park.

Beyond its limited view of displacement assistance, some of the task force’s other suggestions also create some doubt about its ability to combat gentrification effectively. Offering developers incentives to build affordable housing units is a good idea, but the draft report is vague about how “affordable” should be defined. Austin has seen developers take advantage of incentives by replacing affordable apartments with complexes with a small percentage of units designated for those making 50 or 60 percent of the city’s average median income – which are hardly affordable for very low income families – and renting the rest at Austin’s high market prices. Inadequately defining affordability incentives can therefore reduce, not increase, the stock of affordable housing.

The draft report also seems to suggest that affordable housing set-asides would only be required at properties which have received City cash incentives. But non-monetary incentives can be equally valuable and should be used as well. The City could offer density bonus overlays, which allow developers to build more units in high-density locations if they designate a percentage of units as affordable for low income households for the next several decades. This type of voluntary participation in inclusive development is one way to get past the misconception that all methods of inclusionary zoning are illegal in Texas.

There are many other possible strategies that the task force could consider in order to find more concrete solutions to the issue of displacement in San Antonio’s low income communities of color. We offer the follow comments and suggestions for the task force as they work to finalize their report. We aren’t necessarily endorsing each of these points, as they all need to be considered in the context of San Antonio’s communities. They represent strategies that have worked in other cities, and we hope to work with the task force to explore these ideas:

2. Much more specific and carefully developed incentive zoning policies to offer planning incentives (e.g. the opportunity to build at higher density) to developers who voluntarily provide affordable housing. The density bonus details in the Mayor’s Committee recommendations should be tightened down. As with the bonds, the income limits are critical.

4. An infusion of funds into the San Antonio housing trust fund through a new a dedicated source of revenue to fund development of new affordable housing.

6. Establishment, in conjunction with Homestead Preservation Districts of community land trusts in order to preserve long-term affordability by retaining community ownership and control of land under shared equity homeownership and affordable rental units.

7. Community ownership of affordable rental housing in gentrifying areas to provide a mechanism for ensuring that some share of the local housing stock serves community needs.

8. Establishment of a land bank to allow communities to assemble vacant, under-producing properties and revitalize them for community benefit.

9. The city should actively support neighborhood organizations to be able to secure community benefits agreements to ensure that new developments, especially large scale housing and commercial developments (including Low Income Housing Tax Credit funded apartments) do not create a windfall for the landowner and developer but benefit the local community with affordable housing and jobs.

10. Reform general purpose economic development subsidies and tax abatement programs provided through the city and county to ensure that they are serving as incentives for affordable housing development, not giveaways to market rate developers.

11. A review and careful structuring of maximum rent policies in government financed housing to make housing more affordable to extremely and low income renters by limiting how often and how much rent can go up.

14. Preservation of at-risk public housing to protect the housing of last resort for low-income families when developments and neighborhoods are redeveloped.

15. Enact specific Fair Housing protections as follows:
– Analyze and carry out effective action steps in a revised Analysis of Impediments to Fair Housing to overcome impediments to fair housing.
– Carry out housing discrimination testing and enforcement to reduce discrimination to less than 10% by 2020.
– By 2030 provide subsidized housing across the city and give residents a choice of neighborhoods.
– All project-based SAHA residents should be given given a right to use a housing voucher.

16. Designate, based on a careful and detailed private market study neighborhoods most at risk for displacement and gentrification and establish and fund neighborhood stabilization plans.

17. Reduce substandard housing in target areas through rehabilitation and home reconstruction programs to less than twice the citywide rate by 2030.

18. Increase minority homeownership rates to at least 45 percent in each target neighborhood by 2030.

20. Equalize public infrastructure across all neighborhoods by 2030.

22. Pass a $100 million housing bond in 2017 linked to funding implementation of these initiatives.

23. Enact a local fair housing ordinance that is substantially equivalent to federal law with additional protection to persons based on sexual orientation and gender status, status as a student and source on income (protects residents with Section 8 Housing Choice Vouchers).

24. Establish a San Antonio Fair Housing & Neighborhood Rights Commission to oversee and to monitor the implementation of these initiatives.