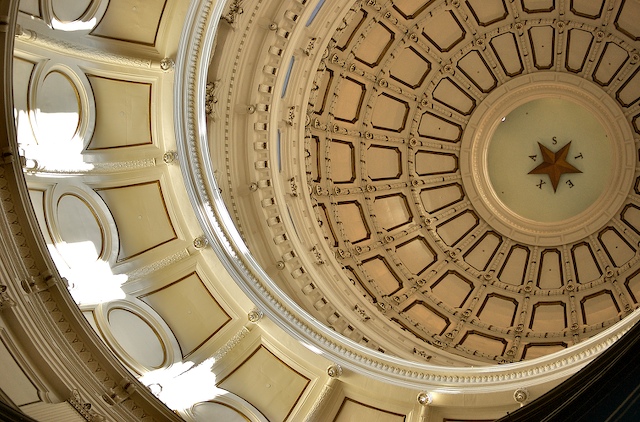 Update 5/23: The House voted 93-44, with one representative voting ‘present’ vote and 12 absent, to pass SB 267 on third reading on Saturday. The final vote included a new amendment by Rep. Tracy King of Uvalde, to modify his amendment from Friday to replace the word “derives” with “includes funding” in reference to federal housing assistance (see below for original amendment).

Original Post 5/22: On Friday afternoon, the Texas House of Representatives took up Senate Bill 267, which outlaws local source of income protection ordinances, like the one the Austin City Council passed unanimously last year, but included an amendment that exempted Austin from the ban via a grandfather clause. That amendment, permitting Austin to enforce its existing source of income ordinance, was stripped out in a contentious process before the House voted to pass SB 267 on second reading to engrossment. The House can consider the bill for final passage as early as Saturday.

Austin’s grandfather clause fell victim to a floor amendment, offered by Rep. Tony Dale of Williamson County, whose district includes a small part of Austin. Dale’s amendment reverted SB 267 to its original form as a statewide ban on all source of income protection ordinances, including Austin’s.

Friday’s activity left little doubt that SB 267 specifically targets the use of Housing Choice Vouchers. During floor debate, Rep. Diego Bernal of San Antonio raised the concern that the term “source of income” was broad enough to include discrimination against a renter based on where they work. Rep. Dan Huberty of Kingwood, who carried SB 267 in the House, said that was not the bill’s intent. “This is about vouchers,” Rep. Huberty said.

After deliberation off the floor, other representatives offered amendments which Rep. Huberty accepted. One by Rep. Tracy King of Uvalde clarifies that the bill’s ban on source of income protection refers to instances when “a person’s lawful source of income to pay rent derives from a federal housing assistance program.

Two other amendments offered by Rep. Yvonne Davis of Dallas and accepted by Rep. Huberty changed the nature of the bill somewhat. One allows cities to prohibit rental discrimination against veterans because of their source of income, including federal housing assistance such as Veterans Affairs Supportive Housing (VASH) vouchers. The other clarifies that cities can still create incentives to promote the acceptance of housing vouchers.

During a lengthy floor debate, several representatives offered concerns about the Dale amendment and about SB 267 as a whole. Rep. Eddie Rodriguez of Austin said Rep. Dale’s amendment disrespected Austin’s local government. “It eliminates a two-year long process that the City Council and the citizenry discussed to be a fair solution to Austin’s problem,” Rodriguez said, referring to the widespread discrimination that housing voucher holders faced prior to the source of income ordinance.

Rep. Dale said that he had discussed SB 267 with the Austin City Council member who represents some of his district, Donald Zimmerman, who raised concerns about the Austin ordinance, and that was why he’d offered his amendment.

Rep. Davis and fellow Dallas representative Helen Giddings raised concerns that SB 267 complicates the City of Dallas’ agreement with the U.S. Department of Housing and Urban Development (HUD) following an investigation into discrimination in the city’s affordable housing practices. As part of the agreement, the City of Dallas committed to consider its own source of income protection ordinance, which, if SB 267 becomes law, would no longer would be possible. Fellow Dallas representative Jason Villalba agreed that the Dale’s amendment did in fact jeopardize Dallas’ agreement with HUD.

Rep. Carol Alvarado of Houston, chair of the House Urban Affairs Committee, asked that Reps. Huberty and Dale respect agreements made by Rep. Drew Springer of Gainesville, the sponsor of another source of income bill that passed Urban Affairs before dying on the House calendar last week, to leave the grandfather clause amendment intact. But they allowed Rep. Dale’s amendment to be included.

If the House passes SB 267 on third reading with the new amendments, the bill will return to the Senate for consideration.