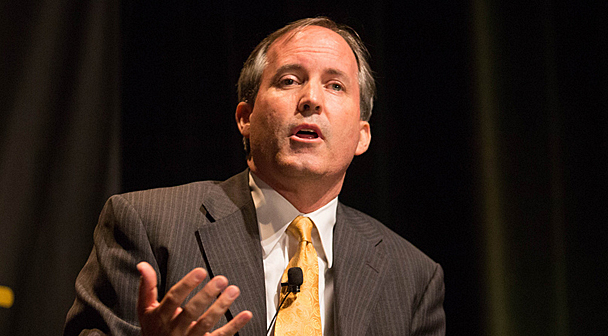 Julián Castro, the Secretary of Housing and Urban Development (HUD) and the former mayor of San Antonio, issued a statement in strong support of Thursday’s Supreme Court decision upholding the disparate impact provision of the Fair Housing Act:

“Today is another important step in the long march toward fulfilling one of our nation’s founding ideals: equal opportunity for all Americans.  The Supreme Court has made it clear that HUD can continue to use this critical tool to eliminate the unfair barriers that have deferred and derailed too many dreams.  Working with our partners on the ground, we will continue to do all we can to build a housing market that treats all Americans with basic dignity and respect.”

The HUD statement also noted that the Court’s ruling recognizes more than forty years of legal precedent against housing segregation. Thursday’s 5-4 decision in support of the disparate impact provision preserves the full power of the Fair Housing Act, one of America’s landmark civil rights laws.

However, Texas leaders responded to the state’s defeat at the Supreme Court with defiance – and promises to keep fighting against housing integration. Texas Attorney General Ken Paxton issued a statement pointing out that the case has now been remanded back to the lower courts based on the Court’s decision:

“Texas stands strongly against racial discrimination, and sets policy true to the letter and spirit of the Fair Housing Act. Today’s decision places an unfair burden on landlords, lenders and developers, and will ironically lead them to make their decisions based upon consideration of race. The Administration’s interpretation of federal housing law is overreaching and misguided, and I am disappointed with the Supreme Court’s ruling. This case, however, is far from over. The Court recognized the ‘novelty’ of the plaintiff’s claims, and noted that the FHA does not prohibit actions taken for ‘legitimate objectives.’ The Texas Department of Housing and Community Affairs acted with the legitimate objective of revitalizing neighborhoods and providing affordable, fair housing when it distributed federal tax credits.”

Tim Irvine, the executive director of the Texas Department of Housing and Community Affairs (TDHCA) – the agency at the root of the Inclusive Communities Project’s original disparate impact suit – also released a statement about the state’s intention to keep resisting fair housing:

“While TDHCA would have preferred a ruling from the Supreme Court that the Fair Housing Act did not support the novel cause of action brought by the plaintiff (non-intentional race discrimination by a housing authority), we are fully prepared to return to the trial court to make our case that there has, in fact, been no actionable disparate impact discrimination by TDHCA under the clarified standards set out by the Court in their opinion. TDHCA remains committed to its mission of providing affordable housing options to low-income Texans, and as Justice Kennedy stated in the Court’s opinion in today’s ruling, “[t]his case, on remand, may be seen simply as an attempt to second-guess which of two reasonable approaches a housing authority should follow in the sound exercise of its discretion in allocating tax credits for low-income housing . . . The litigation at issue here provides an example. From the standpoint of determining advantage or disadvantage to racial minorities, it seems difficult to say as a general matter that a decision to build low-income housing in a blighted inner-city neighborhood instead of a suburb is discriminatory, or vice versa.

“Mindful of today’s Supreme Court decision, TDHCA will continue to develop and refine the 2016 Qualified Allocation Plan – the rules governing the award of low income housing tax credits – in a manner that complies with the letter and spirit of the law, permits private parties to make rational, nondiscriminatory business decisions, and furthers the priorities established and re-examined by the Texas Legislature each session and approved by the Governor.”