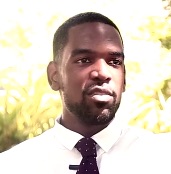 David is an undergraduate student at Texas Southern University majoring in Radio, Television and Film, and started with us at the beginning of the summer, serving as cinematographer for some of our video projects. He’s a lifelong member of Houston’s Third Ward/Sunnyside historic African-American community, and began using his craft to spotlight community issues with a documentary called Dining in the Desert, focused on the injustice of food scarcity in the Third Ward, that he helped produce in high school. Here, David describes his experiences documenting neighborhood inequalities in his native Houston.