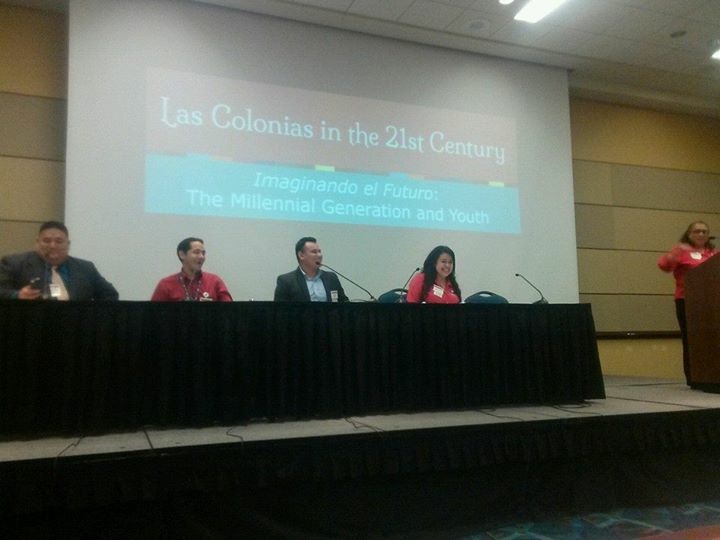 At the end of July, the Federal Reserve Bank of Dallas and the Texas State Affordable Housing Corporation (TSAHC) hosted a two day conference, “Las Colonias in the 21st Century: Progress Along the Texas–Mexico Border.” The conference highlighted the Dallas Fed’s 2015 colonia report of the same name, which presents a comprehensive profile of Texas’ colonias, focusing and analyzing opportunities, successes and challenges in the areas of infrastructure, housing, education, economic opportunity and health. Local, regional and national experts presented on models of success for those working to improve life in colonias, including many of our community partners in the Rio Grande Valley such as A Resource in Serving Equality (ARISE), buildingcommunityWORKSHOP [bc], the Community Development Corporation of Brownsville (CDCB) and La Unión del Pueblo Entero (LUPE).

Our partners did a great job of explaining the collaborative projects that have been undertaken in the region. For example, Jesse Miller [bc]’s associate director in the Rio Grande Valley was part of the Leading Approaches for Improving Housing and Infrastructure panel discussion and described the many projects that [bc] and our partners have done in the colonias, ranging from community planning workshops to drainage plan developments focusing on low impact drainage solutions. Brent Brown [bc]’s director also presented on the rapid re-housing project that is leading the conversation on reimaging the disaster recovery process for the state of Texas. State senator Eddie Lucio, Jr., a guest speaker at the conference, commended the re-housing project as well as others led by regional partners, such as the Texas Water Development Board’s colonia drainage assessment and Land Use Colonia Housing Action’s (LUCHA) organizing around it (as seen here at a meeting several months ago):

In a separate panel moderated by LUPE director Juanita Valdez-Cox called “Imaginando el Futuro: The Millennial Generation and Youth,” LUCHA project coordinator Esther Herrera, LUPE media coordinator John-Michael Torres and ARISE member Pedro Nepomuceno shared some of their experiences and perspectives as young professionals working with the colonia communities. The panelists did a phenomenal job of describing how new social media outreach tools and different community engagement models can be used to develop grassroots colonia leadership. It was a great way to reflect on the future of the colonias and the importance of thinking innovatively to create multi-faceted approaches to the concerns of colonia residents.

The two-day event was great space for sharing knowledge and ideas for solving colonia issues. Personally, I would encourage the Dallas Federal Reserve to place more emphasis on systems of change rather than on individual examples of changes. I would have liked a deeper discussion about how to implement some of the individual examples at a larger scale, and more suggestions for the policy changes needed to make these changes. But I truly applaud the Dallas Fed for creating this safe space for a community that is continuously marginalized.