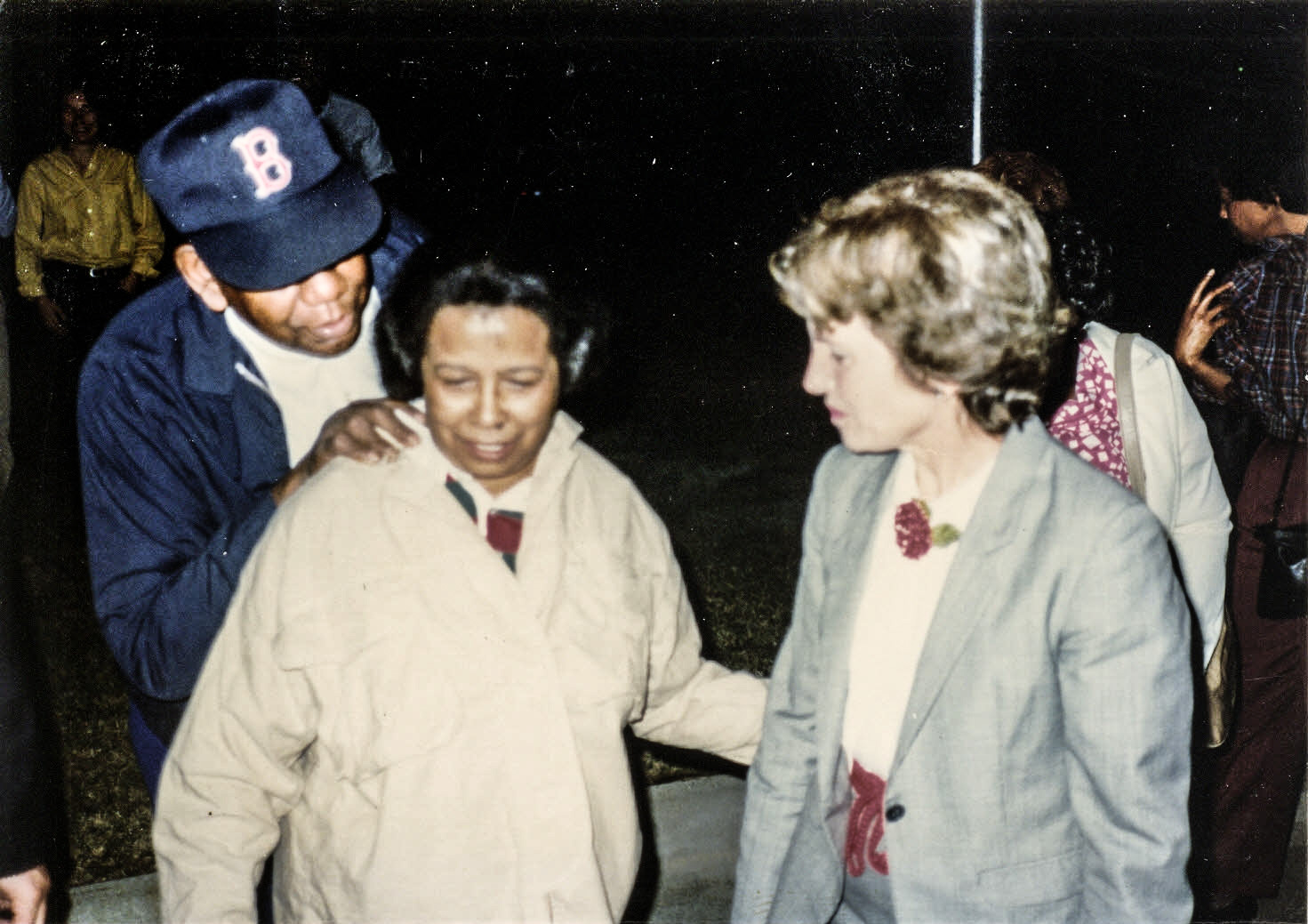 Photo: Charles Smith, Katherine Poole, Councilwoman Sally Shipman in the midst of fight to save Blackland neighborhood from University of Texas expansion (ca. 1985).

Katherine Poole was laid to rest this afternoon. She passed this week at the age of 91.

Karen Paup and I were drafted to work for Katherine Poole starting in the early 1980s in the fight to save her East Austin Blackland neighborhood from being gobbled up by heartless and racist expansion by the University of Texas at Austin. Katherine’s protégée, Bo McCarver, who was by her side from the beginning, has carried on the community building work with consummate skill.

In the process and aftermath of fighting and winning an agreement for “peaceful co-existence” with UT, Katherine led the residents of the Blackland neighborhood to build fifty permanently affordable homes.

Today, unlike most lower-income, minority neighborhoods abutting major universities, the Blackland neighborhood has found reconciliation with its neighbor in the wake of the struggle. Part of the story of that struggle is told in an oral history that Katherine Poole contributed to.

In addition to reconciliation, Blackland also achieved the second criteria Dr. King held out for The Beloved Community. Today, almost alone in Austin, Blackland is a racially integrated neighborhood.

Katherine was a public school teacher. She told a story about the time she went to the Democratic state convention and very publicly refused to vote for the segregationist Democrat John Connally. When she came back from the convention, her classroom was moved from a big beautiful room in the main school building to a drafty portable. It seems her public stand offended some powerful person. That would not be the only time. Katherine, like other leaders from the Civil Rights era understood that you don’t build The Beloved Community by sitting on your ass and complaining in private about politicians. They knew, what too many of us today forget: that we get there by fighting for and building it ourselves.

Katherine was a demanding, aggressive and yet compassionate teacher and builder. She loved her neighbors. She was dedicated to justice. She did what she did for her Beloved Community.

In the emptiness I and others feel in the passing of Katherine and her generation of leaders, I am wondering today who is going to fill their shoes?