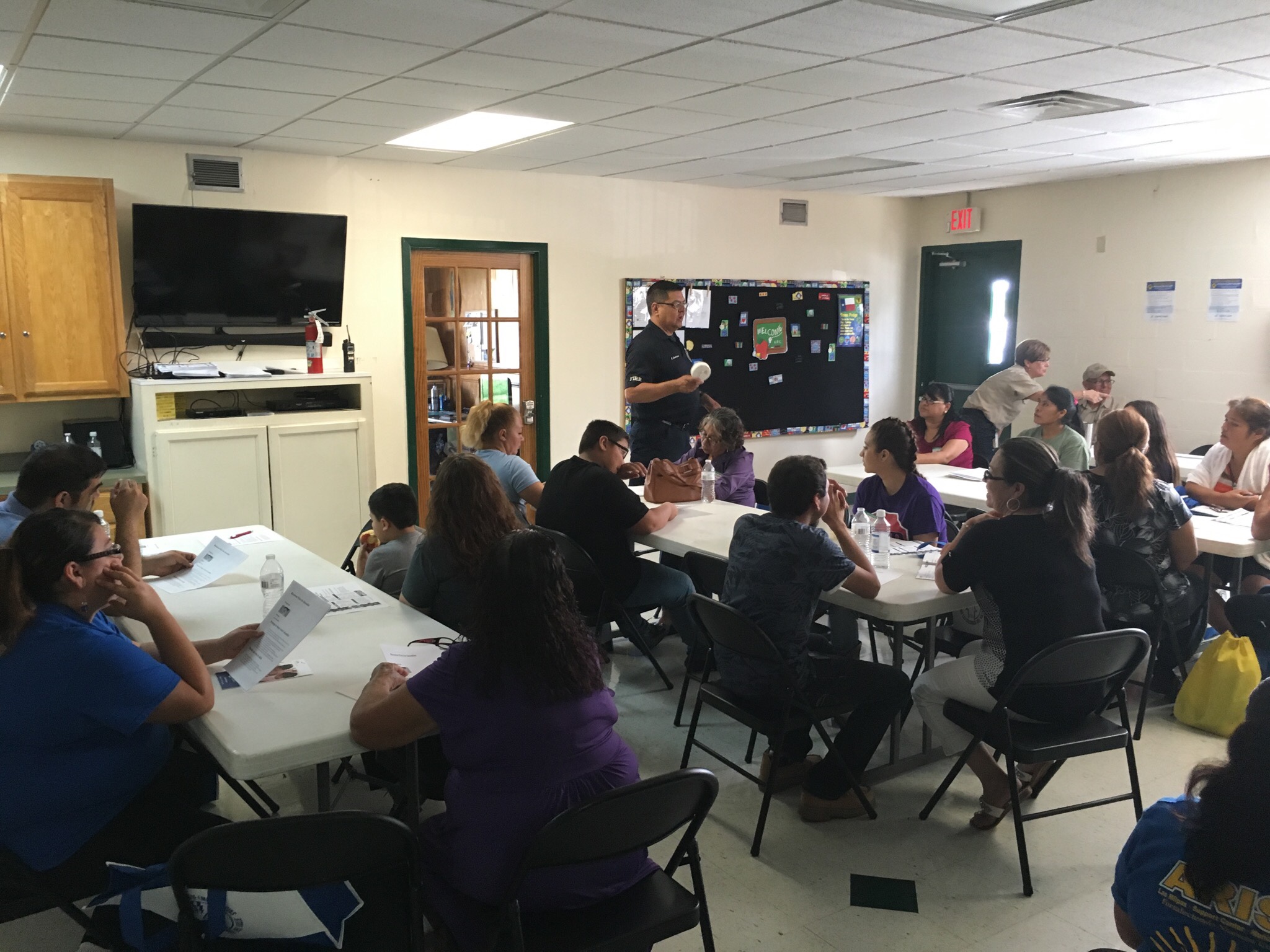 Natural disasters hit low income households the hardest, especially in the colonias of the Rio Grande Valley. Learning to prepare for – and recover from – disasters is vital for colonia residents, not only because of the Valley’s susceptibility to disasters such as flooding and hurricanes but also because of the continued growth of substandard housing and the associated fire and health concerns.

In order to better equip colonia residents for disaster situations, we worked with partners to put on a first-of-its-kind event this past weekend, the Rio Grande Valley Community Emergency Preparedness Conference: Before, During and After. Understanding that the most vulnerable populations in the Rio Grande Valley are often the last- and least-informed about emergency preparedness activities and disaster recovery processes, a coalition of grassroots organizations, social service and faith-based groups, private businesses, county, state and federal agencies and technical experts developed the daylong event, sponsored in part by the Environmental Protection Agency (EPA). More than 100 colonia residents attended informational  workshops in the morning followed by plenary sessions, and received hands-on, Spanish-language education materials about how to prepare for, survive and recover from a disaster.

The workshops (pictured above and at left) covered information from fire prevention to food safety and storage after an emergency. Hosts and presenters included the Emergency Management Coordinators for Hidalgo and Cameron Counties, the Texas Department of Public Safety and the local Council of Governments. The plenary sessions included a review of county evacuation plans, a panel on disaster housing and a family emergency planning session. Our partners at bcWORKSHOP [bc] demonstrated new models of rapid re-housing after a disaster and gave suggestions for policy and community-based solutions to improve responsiveness to post-disaster housing needs from individuals and local governments.

“Participants will go home with the knowledge, plan and materials they need to spread the word about disaster readiness in their family and among their communities,” said Ramona Casas, the organizing coordinator at ARISE and a conference organizer. “In the long run, we hope that this conference can help minimize the damage too often experienced by low income families after disaster strikes.

A distinguishing trait and a focus of the conference was precovery, the concept that preparation is the best action against an emergency or disaster-type event. The conference’s template can be improved and expanded to fit the needs of municipalities or counties, and supplemented by reoccurring events, workshops and material from the several emergency response and recovery stakeholders in the area. This multijurisdictional approach to addressing community priorities serves as an example not only to local stakeholders, but also to state and federal agencies seeking to bridge the gap of knowledge on emergency preparedness and disaster recovery among disenfranchised communities. As advocates, we hope to continue assisting in building community emergency and recovery capacity and demonstrating best practices in the field.

Learn more about RAPIDO, our coalition’s plan for rapid re-housing and disaster precovery.