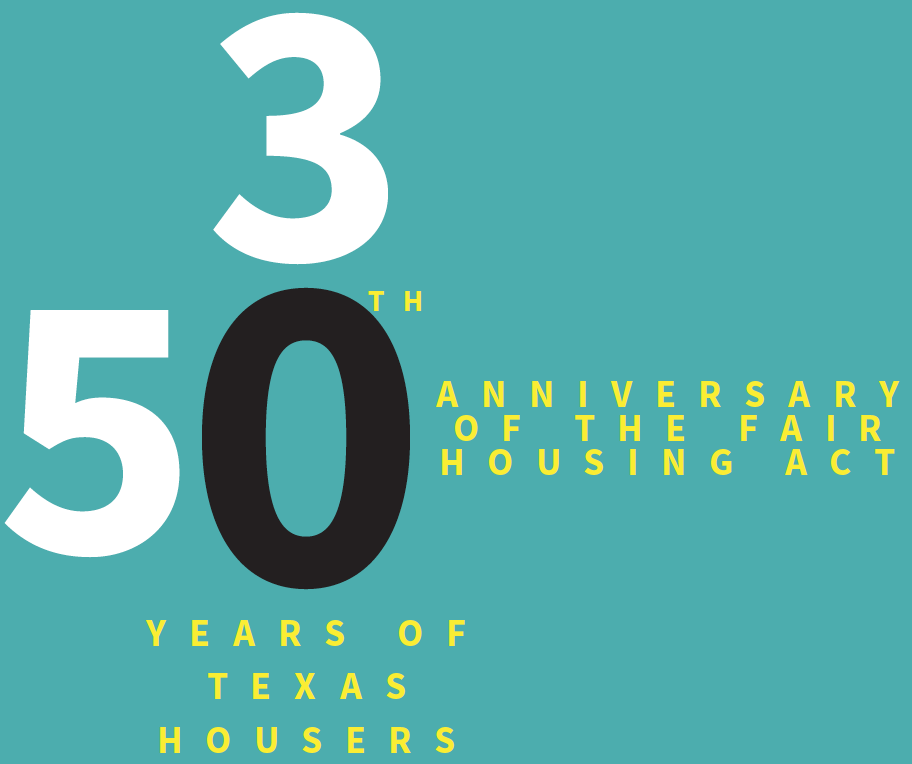 On November 12, Texas Low Income Housing Information Service will honor two outstanding individuals and one dynamic grassroots group at the 2018 Texas Houser Awards. The awards recognize those committed to the cause of housing justice as activists, community leaders and advocates. Our three awardees are leading the charge in expanding housing opportunity and civil rights for low-income Texans, and we are proud to recognize them as Texas Housers.

The awards luncheon, held at the historic Zilker Clubhouse in Austin, is a time for those committed to the advancement of housing justice around our state to convene and celebrate the accomplishments of the community. This year, we honor the following advocates and from around the state:

Texas Housers will also be celebrating its 30 years of helping expand housing opportunity in Texas as well as marking the 50th anniversary of the signing of the 1968 Fair Housing Act. To see more about the event and purchase tickets or sponsorships, see the event page here.

In the face of seemingly intractable inequality in Texas and around the country, these two advocates and this grassroots group have provided a path forward so that Housers across the state can follow their lead.

Elaine Morales-Diaz is a design manager at buildingcommunityWorkshop. She leads [bc]’s disaster recovery work, including the Rapid Disaster Recovery Housing Program (RAPIDO), which in its previous pilot program in the Rio Grande Valley colonias enabled dozens of families post-Hurricane Dolly to secure decent homes that centered their needs in the design. For the past five years at [bc], Elaine has worked on projects and initiatives that promote equity and opportunity for low-income Texans, as well as advocating for just recovery processes that empower local communities to better prepare and recover from natural disasters. Elaine is now working to expand the RAPIDO model to Harvey hit areas and increase resilient housing opportunities for low income communities.

Martha Sanchez is the community organizing coordinator for La Union del Pueblo Entero (LUPE). She leads LUPE’s team of community organizers to help mobilize residents of colonias across the Rio Grande Valley to understand inequality, speak up to elected officials and policymakers, and hold them accountable. In her decades of work she has helped improve living conditions for tens of thousands of colonia residents and helped build power in communities that are often overlooked in the state and nation.

downpour of Hurricane Harvey to rescue people amid the rising flood water. After the immediate crisis the group helped survivors rebuild their homes, one by one with the help of both community and strangers, establishing a network of people who want to see a survivor-centered disaster recovery. They have also worked to amplify the voices of hurricane survivors to advocate locally for a more equitable recovery that benefits communities of color and people with modest means.