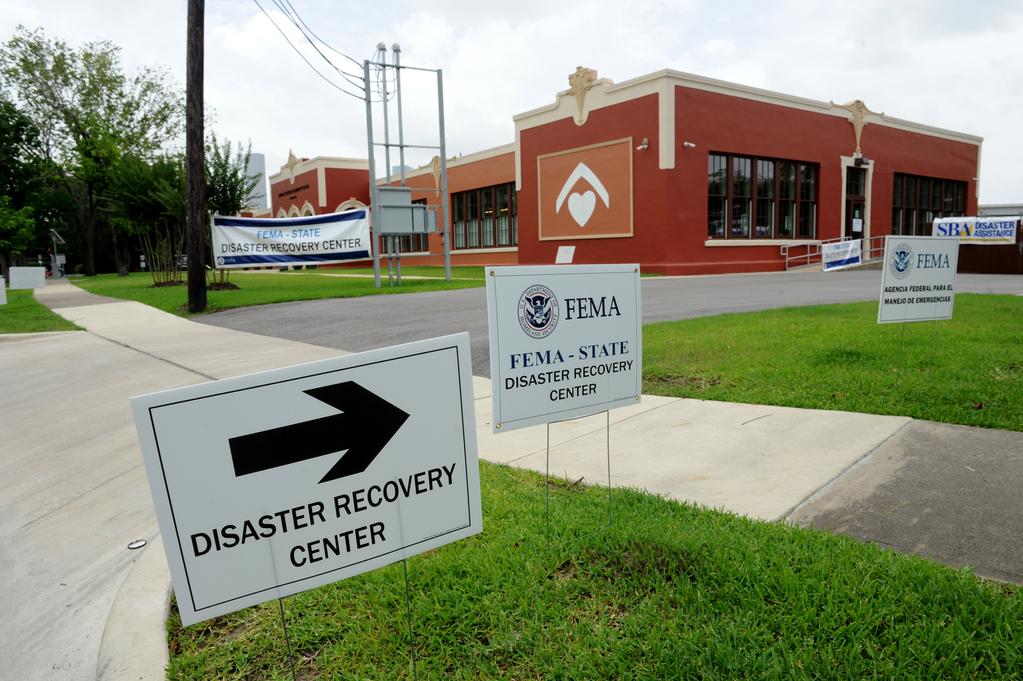 For some, Hurricane Harvey is now a distant, if not unpleasant, memory. Looking back on 2017, many Texas families will recall the evacuations, the news footage of dramatic rescues, the mud-filled first floors, and the frustrations of the FEMA process.

But some families live every day in the storm’s long shadow, unable to restore their homes to a livable condition more than a year after Harvey. At Texas Housers, we connect regularly with survivors who even today have moldy walls, missing sheetrock, leaky roofs, or no furniture. Some haven’t even been able to return to their pre-storm home.

Many of the families still struggling to recover received no assistance from FEMA, and FEMA’s data shows that ineligibility for assistance is more common among lower-income applicants. What’s happening here? Why were low-income households disproportionately denied FEMA assistance?

Among homeowners who applied for FEMA assistance, rates of ineligibility varied dramatically by income level. The denial rate for all homeowner applicants was 26%, but those making less than $15K/year had a denial rate of 46%. As the household’s income climbed, their likelihood of being approved also increased. Dramatically, those who reported their income as over $70K/year had only a 10% ineligibility rate.

Another way to look at this disparity is the difference between the share of total applicants from each income category compared with the share of those who were found ineligible for assistance (Figure 2). Out of the pool of total applicants, only 13% reported income under $15,000/year, but this group accounted for almost a quarter of the denials in the disaster area. On the other hand, while almost a quarter of applicants earned more than $70,000/year, this group accounted for only 10% of the total ineligible applicants.

This tells us that homeowner households with fewer financial resources were more likely to be denied FEMA assistance after Harvey. But these charts alone don’t explain  exactly why this is happening.

While there are no easy answers, the data offers some clues when broken down by the reason for denial. FEMA applies a set of ineligibility codes to applications that are denied. These codes appear on the decision letters applicants receive telling them that they are not eligible for assistance as well as in FEMA’s records. Below is a list of all codes applied to Harvey Individual and Household Program (IHP) applications following Hurricane Harvey. [1]

The chart below shows the most common ineligibility codes received by denied homeowners.

Given FEMA’s lack of transparency around their inspection and determination process, these codes offer only vague evidence as to what has gone wrong with each application. There are still open questions about what triggers some of these codes, and therefore, confusion remains over how applicants can appeal them.

Through conversations with legal aid attorneys and FEMA information requests, Texas Housers has been working to sketch a rough picture of what these codes mean and when they come into play. Our hope is that with a better understanding of these codes, we can recommend policy changes or other actions that will help low-income applicants avoid common pitfalls when seeking funding.

The data reveals dramatic disparities that offer clues to advocates. There are some denial codes that are disproportionately found on the applications of lower income households. (See Figure 4)

For example, more than ten thousand households were denied because the inspector wasn’t able to contact them. (This accounts for about a tenth of the total homeowner denials.) Almost two-thirds of these ineligible applicants reported income less than $45,000/year. Meanwhile, this income bracket makes up only 41% of homeowner applicants.

The difference is even more shocking when it comes to “Failed Identity Verification.” A full 95% of homeowners denied for this reason make less than $30K/year. For renters in the same income bracket, the number was even higher (See Figure 5).

Other disproportionately common problems for lower-income applicants include:

In other words, low-income applicants are more likely to face denial for assistance because of administrative and logistical issues such as failure to successfully obtain an inspection and prove their identity and occupancy of the home.

These pitfalls are well known among legal aid attorneys who assist low-income survivors. Tracy Figueroa of Texas RioGrande Legal Aid commented that many low-income people have trouble keeping their phones connected after a disaster, are often displaced far from their pre-storm address, and lack a personal vehicle to return to their homes. She has also seen mobile home owners who share one lot with other mobile home owners be denied because they appear to be duplicates.

Ms. Jackson, a low-income mother of two, lost everything she owned when her Houston apartment flooded during Harvey. But when she received a decision letter from FEMA, it showed that her application had been flagged as a duplicate. It turned out someone had already applied for FEMA assistance using her name and address, which made her application the duplicate – rendering it ineligible.

At the time, she had no phone service, no car, and no permanent place to stay. While the “duplicate” flag eventually got cleared up through a lengthy appeals process, this hurdle would likely prove too onerous for many, especially a single mom dealing with losing all her belongings and relocating her family to a safe place.

There are also many low-income survivors who struggle with challenges related to unconventional residential situations. This could include multiple families sharing a home, multiple homes on the same plot of land, inherited homes, or homes that aren’t owned by the household outright.

Ms. Lewis of Port Arthur saw her entire neighborhood flood during Harvey. Her house took 6 feet of water in some rooms, and she says it was three weeks before the flood waters receded. Ms. Lanes had an agreement with a family friend (the deed-holder) to rent the home to own. She had lived there since 2014 and was only 3 months away from being able to purchase it. However, because she and the deed-holder had never signed a formal agreement, she had no documentation of her situation. As a result, she was treated as a renter and given only assistance for personal property, despite her home being severely damaged by the flooding.

Ms. Lewis still lives in her damaged home and is hoping she will qualify for assistance through CDBG-DR housing programs despite her informal claim to her home.

While this information doesn’t solve the mystery entirely or provide extra money to low-income survivors, it does help advocates understand the obstacles they face in getting assistance. We know that FEMA’s process creates barriers that prevent survivors from acquiring funds to recover. There are several actions that this should compel:

First, in the here and now, we must push for CDBG-DR funding to be directed at households like these. There are families who are still living with hazards and hardships caused by Harvey, and they should be our first priority as this money makes it down into local housing programs. We can learn from FEMA’s limitations, reaching out proactively to those who were denied and making changes to the process so we can serve those who previously fell through the cracks. Rather than arguing to lower the amount of funds that should go to LMI households, as the state has done since day one, we need to help them first and foremost.

Second, FEMA must learn from its ineligibility data how to prevent avoidable denials. Hurricane Maria in Puerto Rico is a good example of an urgent learning opportunity. Most people there were denied assistance because they couldn’t prove they owned their homes, something that has also caused problems across the Southern U.S. In areas where informal ownership is common, for instance, FEMA needs to adopt procedures that accomodate this. We know there will be more disasters, whether wildfires in California or floods in Florida. If FEMA doesn’t adapt to the lived conditions of the people it is supposed to help, it will fail in its mission.

[1] These codes themselves are not generally publicly accessible. Texas Housers was able to access them through a FOIA request asking for information on all applicants found ineligible for IHP assistance for Hurricane Harvey, which included a code attached to each record. This list of codes was produced directly from the responsive dataset provided by FEMA. The challenge has been deducing what each of these codes refers to, how that type of denial is triggered, where in the process it would come up, and how an applicant could potentially remedy this denial through the appeal process. (These facts are much more important than the denial codes themselves, since they would actually provide some information to applicants and their advocates.) However, in order to learn about these codes, we have used an iterative process of speaking with FEMA representatives, reading through publicly-available program and policy guides, looking at individual decision letters and case details and finally, speaking with attorneys and advocates who represent denied applicants. Unfortunately, FEMA has not provided a detailed explanation of how these codes work, and our understanding is still merely an incomplete sketch.