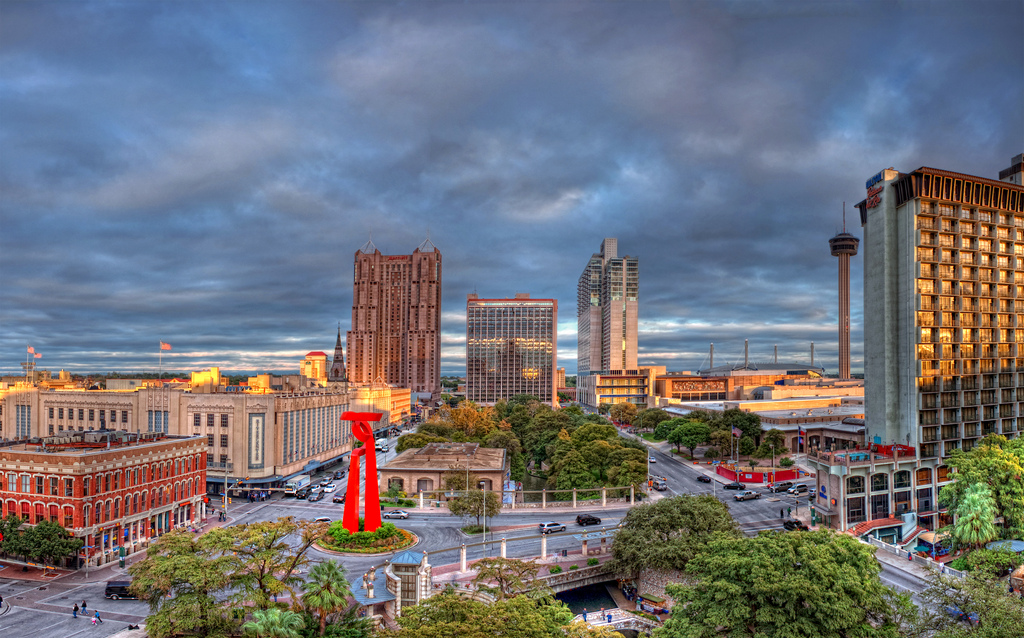 The typical San Antonian might feel unmoved by the phrase “Center City Housing Infill Policy (CCHIP).” With the city providing few intentional community engagement efforts about CCHIP, most people don’t know that CCHIP is much more than an infill policy for the city’s forgotten lots. It’s a pivotal force in downtown development that has invested over $100 million to incentivize majority market-rate housing in and near downtown. Over the last few months, the Center City Development Office revised CCHIP to incorporate affordable housing incentives. San Antonio City Council voted 8 – 2 in favor of the policy. Many advocates argue that the policy’s changes fail to incorporate proactive displacement prevention and continue to prioritize economic development over truly affordable housing.

As Assistant City Manager Lori Houston has repeatedly stated, CCHIP was created in 2012 as an economic development incentive, not an affordable housing tool. CCHIP is an as-of-right incentive package that includes City and San Antonio Water System (SAWS) fee waivers, tax reimbursement grants, and a low-interest loan or grant. Since 2012, CCHIP has distributed $102 million towards 6,180 housing units. When excluding the San Antonio Housing Authority (SAHA) housing developments, 9.7% of units funded by CCHIP are considered “affordable,” meaning affordable to up to 80% Area Median Income (AMI), which is $53,440 a year for a family of four and $37,450 for an individual. Less than one-fourth (23%) of housing incentivized by CCHIP is affordable for people earning 80% area median income or less. The City was incentivizing downtown housing, but not downtown housing for everyone, and certainly not for the people who work downtown in vital service and hospitality jobs and make well below 50% of the area median income. Councilman Rey Saldaña expressed concern about this issue as one of the two votes against reinstating CCHIP. “I fear we might be getting closer to a vision of San Antonio that looks like Austin and less like San Antonio,” he told the San Antonio Current.

Due largely to affordability concerns, Mayor Ron Nirenberg placed CCHIP on a moratorium in January of 2018 to evaluate its impact before continuing incentives. After almost a year, two economic and housing impact studies, and a few Center City Development Office presentations, City Council voted on December 13 to bring back a revamped CCHIP. Supporters of CCHIP claim that the revised policy’s new incorporation of affordable housing paves the way for a mixed-income downtown. Some housing advocates and residents disagree and believe the city is not using public money for public good – at least, not for the public making less than about $50,000 a year. The single largest recipient of CCHIP incentives is the Arts Residences, a self-proclaimed luxury condo community. Other CCHIP recipients are the Agave and the Rivera, two complexes that offer exclusively market-rate living options. CCHIP does incentivize a few mixed-income apartment complexes, such as the ’68 at Hemisfair that will have at least 10% of its 151 units affordable to families earning below 80% area median income. While most of the CCHIP properties are downtown, the greatest share of affordable units are outside of the central business district.

San Antonians unable to afford CCHIP housing might not view the policy as merely imperfect, but rather as harmful, short-sighted, and ensuring – not preventing – indirect displacement. While CCHIP does not renovate existing apartments out of affordability (direct displacement), it does incentivize market-rate, perceivably luxury housing in and near downtown that risk driving up nearby rental prices, causing indirect displacement. While presenting to Council, Houston said indirect displacement is not a chief concern the Center City Development Office (CCDO) office is responsible for, and deferred to Neighborhood and Housing Services Department’s (NHSD) Director Veronica Soto. While Neighborhood and Housing Services Department will release a displacement mitigation and affordable housing plan in Summer of 2019, this plan will be released and put in action after the next round of CCHIP incentives have been granted. The City is using limited housing funds to both fund market-rate development and then direct a displacement mitigation plan. Rather than reactively responding to indirect displacement, CCHIP could prevent displacement by including more truly affordable homes in the incentives.

It doesn’t take going far back into history to see people displaced in 2015 by CCHIP at former Mission Trails mobile home park, now land to Escondida Luxury Apartments. Mission Trails is an example of direct displacement, and leader of the nonprofit Vecinos de Mission Trails has been a vocal advocate against CCHIP due do its lack of community involvement, missing community impact analysis, and weak affordability. Mission Trails is one example of direct displacement, but there are other indicators that affordable living downtown is becoming increasingly difficult. Of multifamily apartments built within the last few years in San Antonio’s downtown, 2 bedrooms on average rent for a little over $2,000, which is not affordable for people making less than about $60,000 a year. Additionally, eviction rates are on the rise in San Antonio. It’s also no secret that San Antonio has been cited numerous times as one of the most economically segregated cities in the United States, and incentivizing market rate housing downtown will continue to increase the cost of living and displace more people – and disproportionately displace communities of color.

“City Staff’s CCHIP proposal does not do enough to meet recommendations in the [task force] Report calling for displacement prevention and meaningful community engagement in housing policymaking,” said Jessica O. Guerrero, a member of Vecinos de Mission Trails. “With the ink still drying on the report, this blatant disregard for almost a full year’s work engaging hundreds of community members is deeply troubling and cause for concern as we anticipate further measures of implementation in the months to come.”

Affordability may not be affordable to all

CCHIP passed on December 14, 2018 and goes into effect today, January 2, 2019. Housing advocates fear that the Mayor’s and many council members’ commentary of CCHIP as imperfect but a step in the right direction is limiting the City’s power to create intentional, inclusive policy for low-income communities. CCHIP’s critics believe the revised policy could have been an opportunity for the City to challenge itself to think critically and push affordability, but it was actually a settlement in the tug-of-war between developers’ needs and communities’ rights. CCHIP’s  8-2 approval in City Council indicates majority Council approval, but it doesn’t indicate the same level of support from powerful community groups, such as Esperanza, COPS/Metro Alliance, and newly formed Community Housing Group, all of whom are prepared to continue pushing the city to act in the interests of all residents and support building and securing housing for the very communities who built San Antonio.