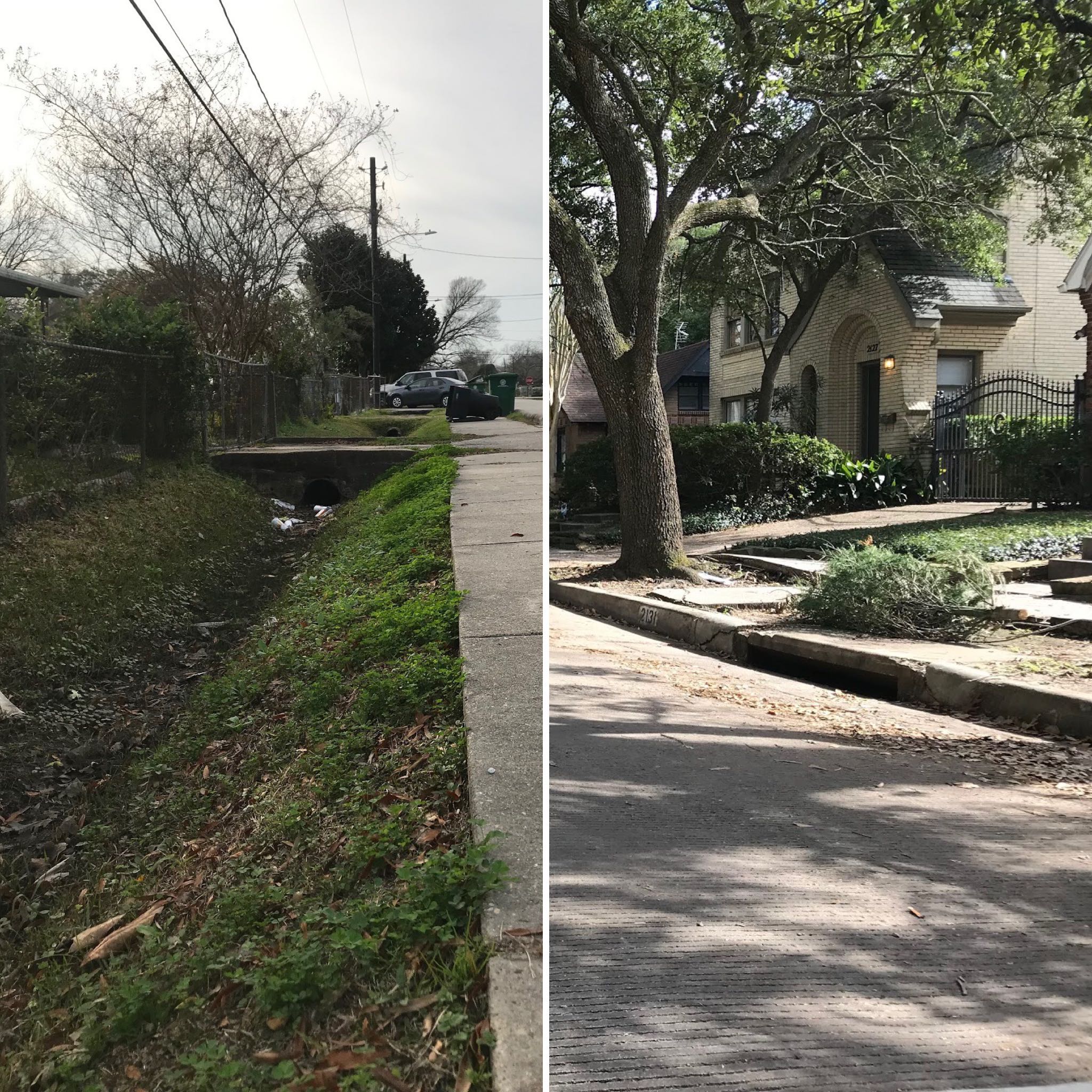 The equality in government resources, specifically storm drainage in Houston, is a path toward justice and a major policy priority for Texas Housers. It is apparent that this has not been a priority for the City of Houston. That is why we filed a complaint with the U.S. Department of Housing and Urban Development. When HUD did not address the issue, Texas Housers filed a lawsuit last year. In continuing to shed light on this injustice, we’ve further documented the immeasurable hurdles low-income neighborhoods face versus their wealthier neighbors.

These disparities have often played out along racial lines, with Black neighborhoods being deprived basic drainage systems for their streets. Following Houston’s Department of Public Works and Engineering study on drainage from 2014, it was determined that what these communities currently have to protect them from flooding – drainage ditches – cannot withstand a mild storm, let alone a tropical storm or hurricane on the scale of what has historically hit Houston.

Our research and community engagement shows that these issues are still urgent. Another storm season approaches with little to no preparation for the residents of these segregated communities. To better demonstrate what can be easily passed as words, we decided to show the difference by traveling to a few neighborhoods close in distance but differing in poverty and racial makeup. The neighborhoods with working, good drains are found in River Oaks/Afton Oaks, University Place, and Greenway/Upper Kirby. The neighborhoods with inadequate drainage ditches are Trinity/Houston Gardens, Acres Homes, Sunnyside, and Kashmere Gardens.

This is just further evidence to our previously stated complaint that Houston’s “failure to provide equal levels of flood protection to African-American and Latino-segregated neighborhoods harms people of color directly, by depressing the economic value of their homes and subjecting them to disproportionate physical hazards and property damage resulting from flooding.”

Texas Housers has aggressively pursued justice regarding the drainage ditch disparity for the better part of five years, and we will continue to ensure this inequity is made equal.