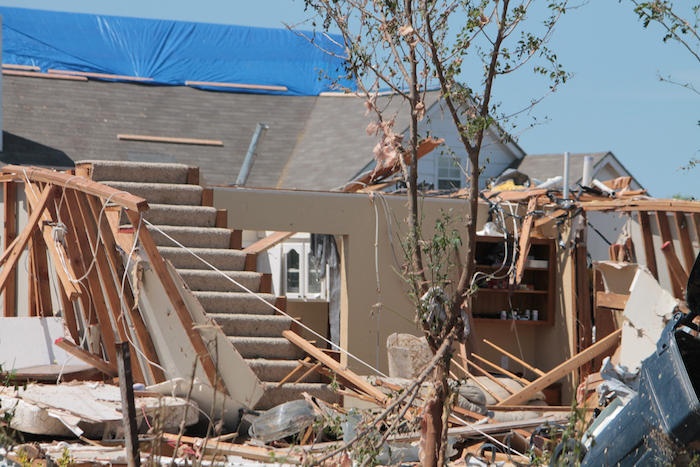 Following a natural disaster, a survivor’s road back to normal can be long and difficult. If they are lucky enough to return to a steady life resembling what used to be — using every resource available in the government, savings, help from friends and family — that should be the end of their nightmare. But for many, it’s only the beginning.

When a home is destroyed in a disaster and rebuilt using the Community Development Block Grant-Disaster Recovery program, a survivor might think that’s the end of their worry. But some homeowners who have used this program have had the unfortunate outcome of having their homes reappraised following these repairs and were subsequently slammed with property taxes much higher than what they were paying before. What seemed like a godsend quickly became an additional punishment for these individuals and families who had been through so much. This is what Texas Senate Bill 812 means to address.

Introduced by Sen. Eddie Lucio Jr. D-Brownsvile, SB 812 helps homeowners who are recipients of disaster recovery assistance by assessing their property taxes sensibly. “If you’re a homeowner who receives assistance through the CDBG-DR program, this bill basically would protect you from a big jump in your property tax liability when your home gets rebuilt,” Charlie Duncan, Texas Housers’ Advocacy Director said. This is notable because if you are entered into the CDBG-DR program, you are more likely to be low-income, and every dollar matters when you are engaging in something as costly as rebuilding a home.

“Appraisers are going to come around after your home has been rebuilt and appraise it as this new home,” Duncan said. “And it may be appraised at a value several times what your previous home was estimated. It may go from $50,000 to $150,000. So what this bill does is it prevents that jump.”

These protections are necessary and it’s known that they work from the recent past. “When I reflect and I think about Hurricane Ike, some of the most vulnerable communities that were impacted, those communities got home repairs, and we now know that property value increased in those areas,” Chrishelle Palay of the HOME Coalition said.

A similar bill passed previous to SB 812 that included Hurricanes Ike and Dolly, as well as the Bastrop Fires in 2011. But the main focus now is Harvey recovery and onward. “It is written as such that everybody who has started to receive funds and has started make improvements and rebuild their home, they will be covered under this year’s appraisal,” Duncan said. “So next year, when jurisdictions are looking back at the appraisals being calculated now, they will have incorporated the provisions of this bill and ensure that those folks won’t see a jump in their property tax liability.”

Palay said the protection from property tax hikes is a start to addressing financial volatility for low-income homeowners. But she added that there’s another layer: many homes that were damaged are susceptible to future storms because a lack of adequate infrastructure in neighborhoods of color in Houston. “Most of these homes that are receiving assistance are more than likely in lower income, racially concentrated, or poverty concentrated communities,” Palay said. “I can also make the assumption that these are communities that lack investment period. Although, now these homes can be rebuilt, repaired, and property taxes won’t dramatically increase, that doesn’t protect them from further exposure to damage. The infrastructure of these communities needs to be addressed and fixed.”

This refers to challenges like open-ditch drainage, HUD rubber stamping apartments that should not be passing code, among many other problems.

Duncan said in addition to protecting homeowners, Texas should put protecting renters from flooding at the top of the state’s disaster recovery and disaster planning agenda.

“We’ve got this tenant floodplain notification bill that relates both to homeowners and renters filed, and the homeowners one seemed to be moving, but the renters bill — landlords don’t want to be on the hook for providing notification,” Duncan said, “even though renters are more likely to come into contact with a place that’s in a floodplain where this hazard exists, as they move more often.” He believes that this kind of legislation is as common sense as SB 812.

“I think if the risk is there, give tenants the notice. Air on the side of protection, if we’re real about doing something. We’re really treating homeowners differently. It’s a crime under the deceptive trade practices act if a seller doesn’t disclose this to a buyer, but we’ve got nothing for renters.”

The passage of SB 812 is an important law for homeowners affected by disaster. In this spirit, it’s critical to keep advocating for all Texans affected by disaster recovery. “Let’s start with some of the basics there, let’s actually fix these neighborhood drains, put real sidewalks in communities. Let’s not stop at one victory and put the shovel to the ground,” Palay said.