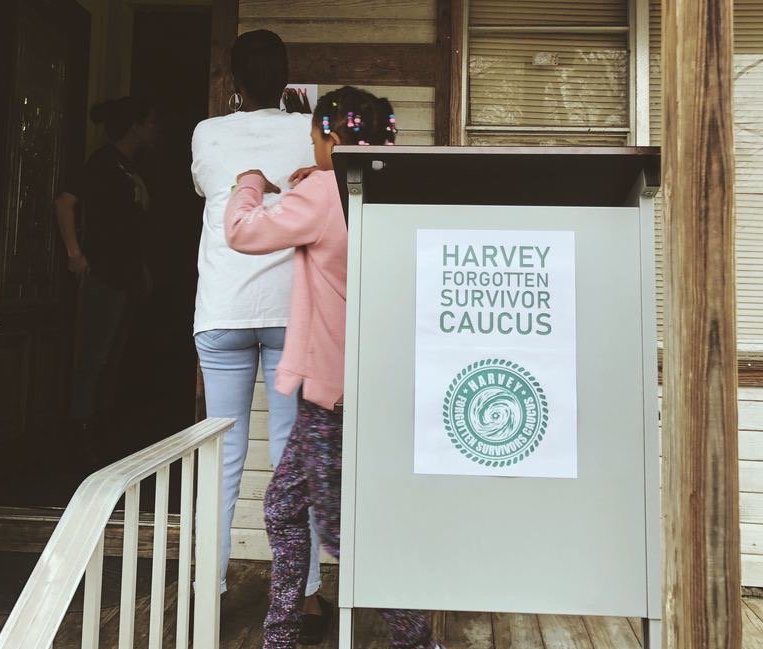 On January 16, a group of residents who have come together to utilize their collective power under the name Harvey Forgotten Survivor Caucus held their very first home tour with help of organizations such as Texas Housers, West Street Recovery, and Texas Appleseed. The purpose of the tour was to show an example of the long way to go for many still waiting for help following the storm, in particular the condition of homes belonging to low-income people of color. The inaugural day included speeches from many of the survivors, as well as questions for the family who live in the host home, the Hesters.

This was the first in several tours the caucus is planning to hold. They intend to show the reality for many families still waiting to receive the help they were promised from city, state, and national officials. Their hard work brought residents, journalists, and even government officials to the tour, and showed the true payoff finding power in community.