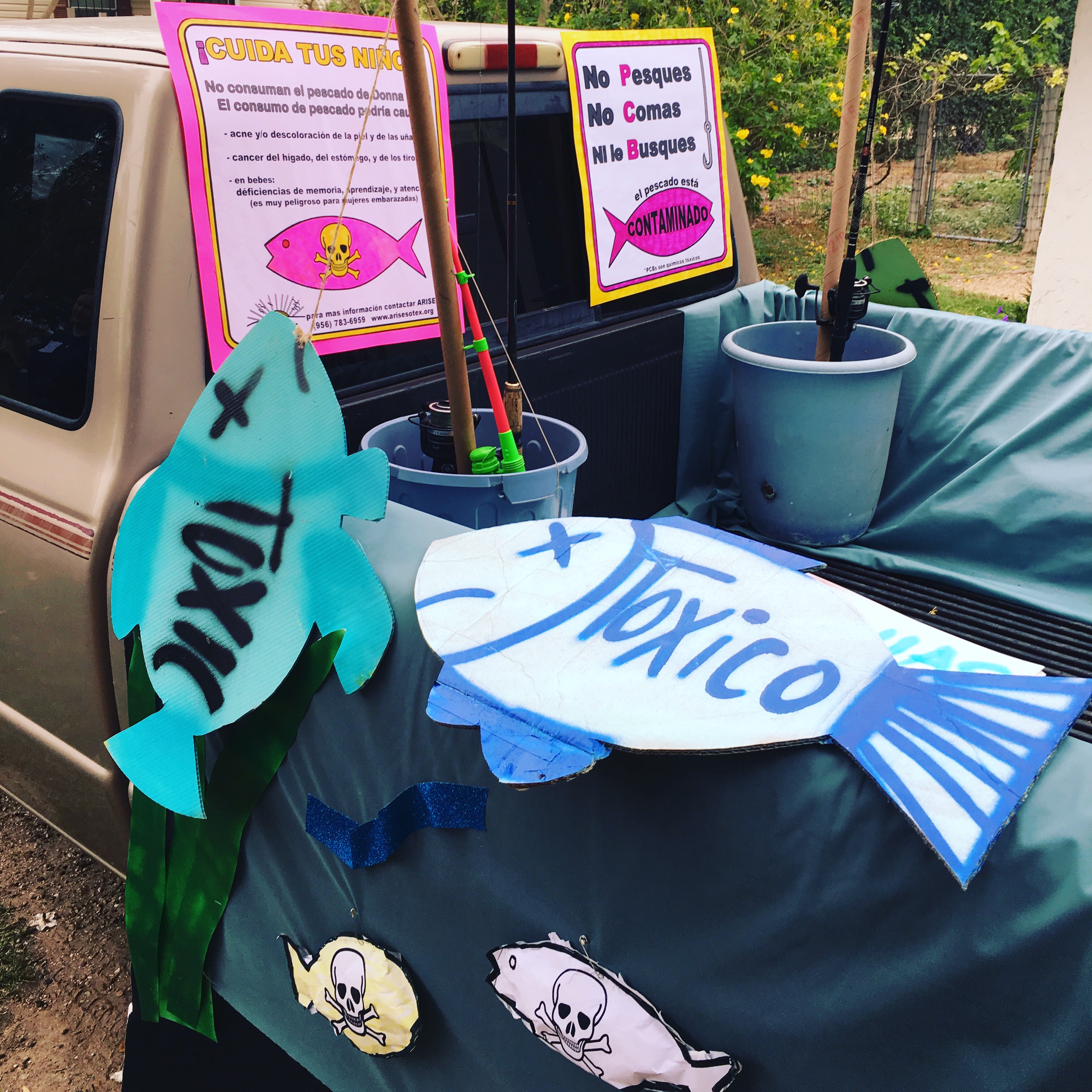 As discussed in our staff conversation last week, there has been a shameful lack of government oversight around the toxic contamination of a popular fishing spot near the colonias of Donna in the Rio Grande Valley. Despite decades of knowledge about the serious health risks that come from consuming fish from Donna Lake – a Superfund site – the local, state and federal agencies responsible for the site have taken little action to protect nearby residents.

The warning signs occasionally posted at the lake have routinely been ignored or removed. The state highway leading to the lake remains open. The lake has never been fenced off. The game wardens tasked with enforcing the fishing ban are nowhere to be found. Every day, people line the highway with fishing poles, catching contaminated fish to eat or sell, in some cases to local restaurants.

Thanks to the organizing work by colonia residents with ARISE, the Environmental Protection Agency is placing more attention on reinvestigating the contamination. But while the agency process spans out over the coming months (and while the lake stays open and the fishing ban remains unenforced), some residents aren’t waiting around.

Our Rio Grande Valley director Josué Ramírez has been working with ARISE and an incredible group of youth leaders fighting for environmental justice in their community: Jóvenes del Valle en Acción, or Valley Youth in Action. Last week, the group led a colorful march through the colonias around Donna Lake, warning their friends and neighbors about the dangers of eating the lake’s fish. It was an example of a more proactive, community-oriented public health campaign, in contrast to the perilously hands-off approach from government officials.

Led by a float with a banner reading “Cuida tus niños” (“Take care of your children,” pictured above), group members knocked on doors to spread the word about the lake’s contamination. They passed out bags of Goldfish crackers (pictured at left), asking that residents eat Goldfish rather than lake fish, and waved artistic, handmade signs to convey the threat (pictured at top). The group interacted with residents of approximately 150 homes before the parade ended at a local park, where more people had gathered to hear the message.

Josué believes that the message’s impact will be felt beyond the parade route: “My hope is that the residents will be more aware of the dangers of eating contaminated fish. I hope they will be inspired by the youth’s actions and disseminate the information to the community themselves.”