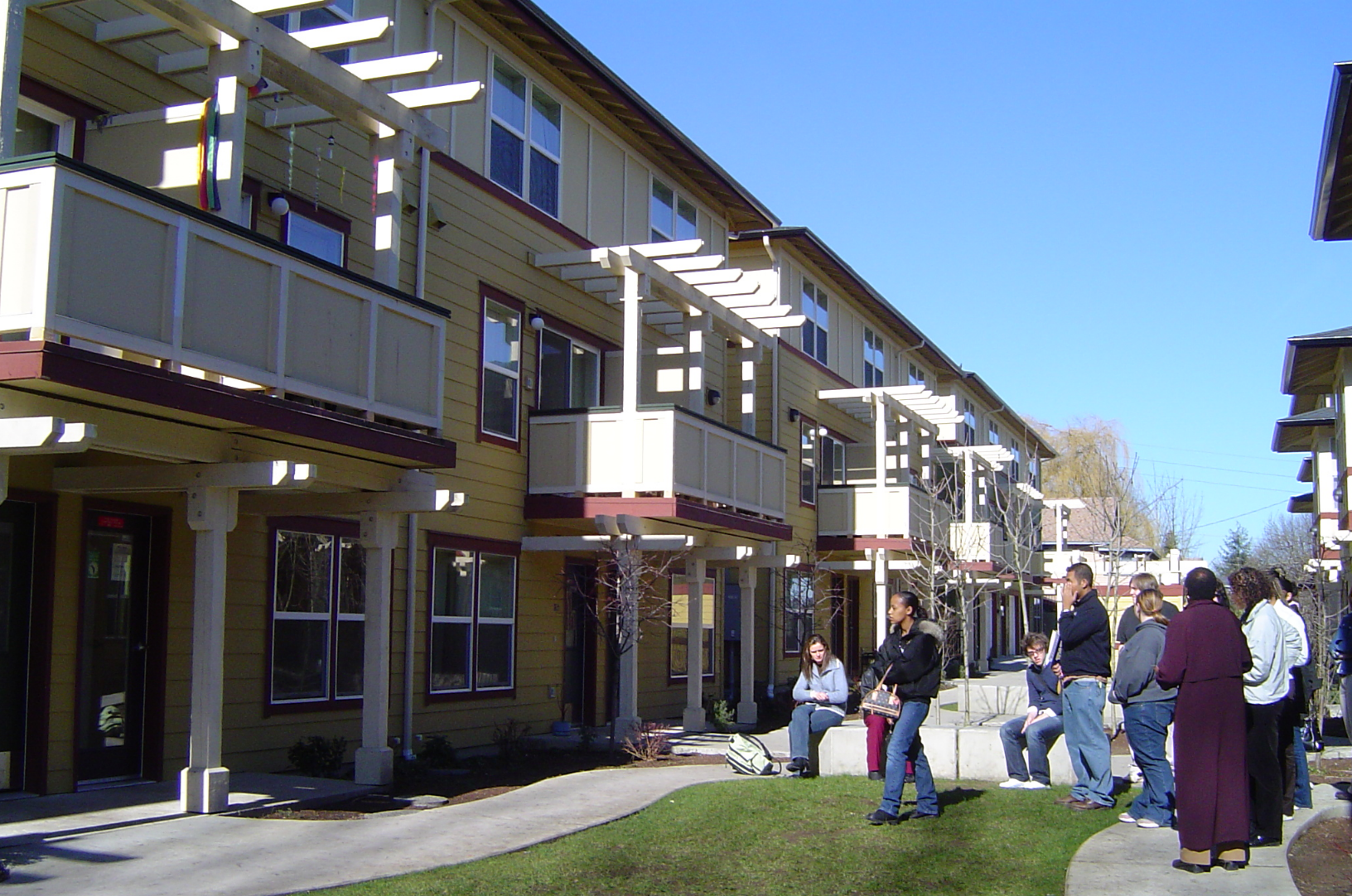 The National Housing Trust Fund (NHTF) is the first dedicated source of funding for extremely low income households in decades. Its primary purpose is to provide states with funds to expand the supply of available, affordable rental housing for extremely low income households (ELI), or those that earn less than 30 percent of their area’s median income (learn more). 2016 is the first year that the program will provide funding to states, and it is expected to be allocated sometime this summer.

Because this is a new and rare opportunity, housing advocates have a vested interest in making sure the Trust Fund as successful as possible in expanding housing for ELI households. As the Texas Department of Housing and Community Affairs (TDHCA) begins to hold roundtable discussions and draft an allocation plan for distributing Texas’ share for this year ($4.78 million), advocates have come together to propose recommendations to make the funding work for the people who need it most:

All of this years’ Trust Fund dollars must serve ELI households. However, in order to provide housing opportunity to the most underserved households, extra points in the allocation plan should be awarded to projects that will serve and set rents affordable for those under 15 percent area median income – a population unexamined by HUD but defined by the National Low Income Housing Coalition (NLIHC) as “deeply low income,” or DLI.

According to NLIHC’s 2016 Gap report, Texas has a chronic shortage of housing units available and affordable to DLI households – a deficit of more than 264,000 units. For every 100 DLI households in the state, there are just 14 available and affordable units, making Texas one of just 10 states in the country with such a low percentage. This shortage is a major reason why 93 percent of Texas’ DLI households suffer from severe housing cost burdens, paying at least half of their monthly income toward rent and utilities.

Who are the DLI residents harmed by Texas’ glaring affordability deficit? Many are people with long-term disabilities, elderly people or those experiencing or transitioning out of homelessness. Many rely on Supplemental Security Income (SSI) to pay for housing, although the maximum monthly SSI payment is just $733. According to NLIHC’s Out of Reach Report for 2015, the average Fair Market Rent (FMR) for a one-bedroom unit in Texas is $685 – 89 percent of maximum monthly SSI. In more expensive areas, the SSI maximum doesn’t even cover the average cost of rent, such as in Austin, where the average FMR for a one-bedroom is 108 percent of SSI.

The Trust Fund is an opportunity to begin to narrow the gap, and reduce the burdens on those most impacted by the housing deficit by providing an extra emphasis on housing that serves DLI households.

Beyond the enormous deficit of available, affordable units, extremely low income people including those experiencing homelessness often face unfair barriers to accessing Texas’ current housing stock. Trust Fund dollars can help expand access if the allocation plan gives extra points to projects that lower physical and systemic barriers to housing. Beyond the federal, state, and local accessibility and reasonable accommodation requirements, extra points should also be awarded to units that:

And it’s important to note that there is nothing radical about reducing barriers for people with limited, nonviolent criminal histories. On the contrary, it complies with federal policy and fair housing guidelines. In early April, HUD announced new guidance on how housing providers consider criminal backgrounds. Landlords can no longer flatly refuse to rent to anyone with a criminal history, as doing so has a disparate racial impact thanks to the mass incarceration of minorities in America.

The guidance states that “a discriminatory effect resulting from a policy or practice that denies housing to anyone with a prior arrest or any kind of criminal conviction cannot be justified, and therefore such a practice would violate the Fair Housing Act.” Trust Fund allocations are legally obligated to abide by both HUD policy and the Fair Housing Act.

Require the expansion of affordability.

Units created thanks to the Trust Fund must be affordable for a household below 30 percent area median income. Whether that is achieved through new construction, rehabilitation or preservation, the result must be that rather than replacing, repairing, or expanding existing units, all Trust Fund dollars increase the number of units for extremely low income households.

Extend the length of affordability.

In addition to expanding affordability, we should be extending it. The Trust Fund provides Texas with the ability to expand affordability not just this year, but for generations. The state should require that units created with Trust Fund dollars be affordable for extremely low income households for 50 years, in order to ensure a lasting impact and avoid a quick disruption of affordability that would leave residents vulnerable.

Karen Carson, a Boston resident facing the end of her building’s affordability period, put that vulnerability this way: “As a person with a disability, I have lived most of my adult life in affordable housing. I had never heard of the fact that subsidies could end…When I found out it was expiring, I got pretty scared of becoming homeless.”

Affordability periods often range from 15 years, common in many tax credit properties, to the 30 year minimum mandated by the Trust Fund. But a 2012 HUD study found that the majority of tax credit developments remain affordable after their legally-required period has expired, because it makes sense financially for the property owner. So in most cases, longer affordability periods won’t impose unreasonable burdens on owners, and are much safer for tenants.

Moreover, HUD’s official guidance on Trust Fund allocation states that “the funding priority in the [state] allocation plan should consider how project underwriting supports the financial feasibility of the project beyond the required 30-year period.” Rewarding Trust Fund applications that plan for ways to extend the length affordability to 50 years would be consistent with this federal guidance.

Because the Trust Fund is the first source of dedicated funding for ELI and DLI housing in decades, it should expand upon, not merely supplement, existing resources for affordable housing. While the allocation plan should not restrict funding to any type of developer, it can reduce barriers to access for smaller, mission-driven developers who are often excluded from other sources of funding.

The allocation plan can help diversify the types of developers receiving funding by providing alternative, less burdensome applications for mission-driven developers who are often excluded from access to tax credit funding because of burdensome costs and requirements. TDHCA’s current multifamily application is prohibitively time-consuming and expensive for small developers with limited staff and budget.

There are other ways TDHCA could make the application process for Trust Fund more accessible for small mission-driven developers, such as changing certificate of occupancy standards and more. Doing so would broaden the scope of low income housing options, providing much more choice for ELI and DLI households who may have different needs that smaller developers are more equipped to provide.

A large percentage of units in current tax credit properties are home to ELI households that afford their higher rents through the use of Housing Choice Vouchers. We are concerned that some recipients could “check the box” of meeting the Trust Fund’s income targeting requirements by serving voucher holders, thus not increasing the amount of affordable housing for ELI households but merely doubling up the funding. The allocation plan should not prevent the use of vouchers, but should create a way to ensure that units are available to those without access to rental assistance.

Gaining access to rental assistance is extremely difficult. While there are many forms of rental assistance, including programs used by people with long-term disabilities, veterans transitioning out of homelessness and others, the Housing Choice Voucher program provides a clear example of the challenges ELI households face in receiving a subsidy. The Housing Authority of the City of Austin had 1,897 families on its waiting list to receive Housing Choice Vouchers at the end of 2015. The waiting list has been closed since an eight-day period in October of 2014 – and even then, the names added to the list were selected from a random lottery of the thousands of households who signed up just for the chance to wait. The households with or waiting for vouchers in Austin represent a fraction of the need, and the same is true for many cities around the state.

Even after receiving a voucher, many households struggle to find housing, due in large part to widespread discrimination against Texas’ voucher holders. The options for households with rental assistance are often limited to units funded through the Low Income Housing Tax Credit program. According to the Furman Center, 70 percent of ELI households in tax credit housing nationwide use some form of rental assistance.

But because rent levels for vouchers are typically set at 50 to 60 percent of area median income, much higher than the 30 percent mandated by the Trust Fund, households with rental assistance can sometimes afford a unit that would be unaffordable, or severely cost-burdensome, for the many ELI households unable to access rental assistance. If the Trust Fund goes entirely toward units that serve rent-assisted households, households without rental assistance will, in addition to being unable to afford most tax credit units, be blocked from access to the new 30 percent units that would otherwise provide a desperately-needed affordable rental option.